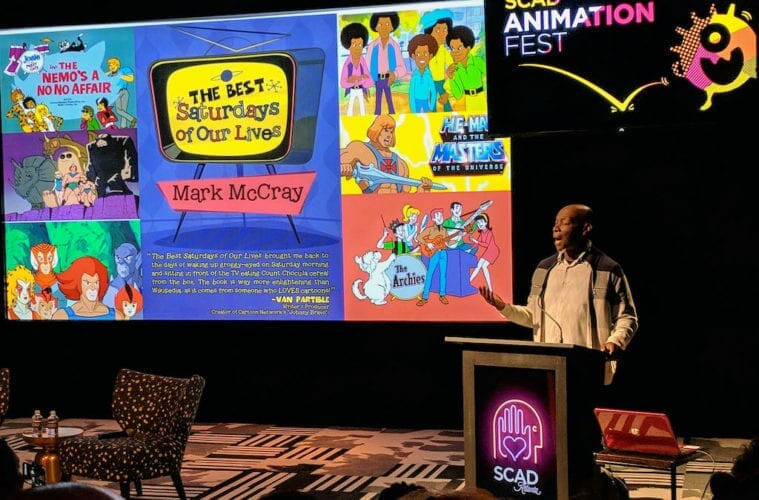 This year's SCAD AnimationFest will still feature panels from industry leaders, but everything will be virtual.

What it lacks in in-person networking and connections, this weekend’s SCAD AnimationFest makes up for in programming with two full days of sessions, panel discussions and big-name projects. The festival (running Friday and Saturday) will be an online event able to reach animation students and fans outside Atlanta.

Leigh Seaman, senior executive director of SCADFILM, and colleagues decided to go virtual because of Covid-19. They did not lose any planned talent because of the change. “We’ve long enjoyed great relationships with studios and production companies who consider SCAD a pre-eminent source of training for these professions,” Seaman said in an email interview. “When the university pivoted to virtual, companies followed suit and continued to recruit from SCAD. With so many alumni already in the entertainment workforce, plus the respect and support of leading industry companies, programming the festival was not challenging.” 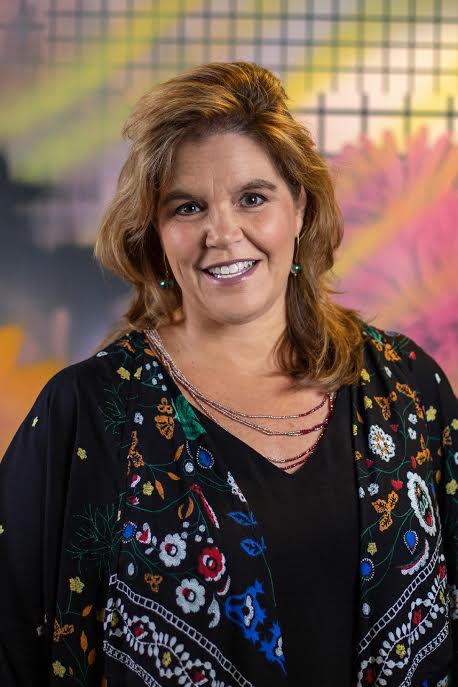 SCAD’s Leigh Seaman says animation is a communications tool that brings a global society together.

Naturally, Seaman will miss certain elements of the festival, such as “those spontaneous moments that happen offstage, in the lobbies and at our student-only events.” Yet the invited guests are prepared — and excited — to share their expertise in a broader setting. “These are professionals whose work is all about screens to start with,” says Seaman. “So having them present their work in a virtual environment isn’t a huge transition.”

SCAD AnimationFest, now in its fourth year, moved to September in 2018 as a kickoff event for the fall quarter. Seaman credits the transition from summer to fall as a key factor in the event’s growth. Attendance has doubled and last year’s reach was attended by 2,900 individuals. The festival was able to add more guests and screenings and expand student networking opportunities. This year the virtual nature of the fest will triple the number of contributing guests.

The weekend’s panels include a session on the FX of HBO’s new Lovecraft Country and a discussion on the effects of How to Train Your Dragon and its sequels. Three SCAD alumni are part of that discussion — Jason Mayer, FX supervisor for DreamWorks Animation, Steven Schweickart and Ashraf Ghoniem.

Also in the mix is the Women of Nickelodeon Animation panel discussion; panels with ​​Bryan Konietzko, who created Netflix’s Peabody Award-winning Avatar: The Last Airbender, and Everett Downing Jr., director of the Academy Award-winning Hair Love; and a Behind-the-Scenes Conversation with creator Mike McMahan and series animators of CBS All Access​’ Star Trek: Lower Decks.

In 2019 SCADFILM launched SCAD Animation Studios and students accepted into the course take on professional roles including lead animator, producer, visual development artists, story artists, 3-D animators, 2-D animators, lighters and compositors. “These are positions that directly mirror the industry roles they will soon occupy,” says Seaman. The studio’s first film — Bearly, about a bear who feels he’s missing out on the world while hibernating — will debut at the event. It was entirely written, developed and created by students. 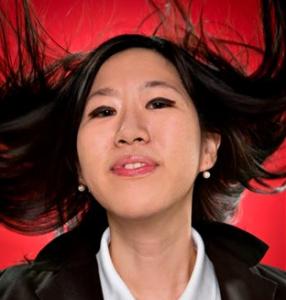 Ginger Tontaveetong is a SCAD alumni who will return to speak at the AnimationFest.

Animation is the most popular degree program at SCAD, and Seaman sees this a direct reflection of the impact of animation as an industry. More than 2,500 SCAD animation alumni  work in the industry at such companies as Pixar, Sony Pictures Imageworks, Blue Sky Studios, Laika and Walt Disney Animation Studios.

“Animation is a communications tool that brings a global society together,” Seaman says. “Certainly the traditional cartoons, films and beloved characters are what we all know and love, but animation is used in training, retail, medical, architecture and so many other industries. In fact, most of us use animation on our phones every day when we post our Instagram stories and use some of the features of popular apps.  As technology evolves, so too does accessibility to more innovative use of animated content.”

SCAD grad Hai Phan (B.F.A., computer art, 2003), now an outsource director for Riot Games in San Francisco, will lead the Navigating the Character Art Pipeline panel on Saturday and discuss the changing technology in game development, successful collaborations and the growth of outsourcing in game development. He laughingly looks back at a time when he thought animation was a simple process. “What I wanted to do was 3-D modeling, but at the time I thought animation would be easier,” he says. “As it turns out, it’s not at all. It’s easy to make animation, but it’s hard to make convincing, believable, emotive animation. There are so many nuances, and you have to have a delicate sensibility.”

Appearing alongside other colleagues at Saturday’s Alumni Voices panel is Marisa “Ginger” Tontaveetong (M.F.A, animation, 2018). As she was growing up she wanted to become a cartoon artist but got distracted along the way and discovered it was easier to use animation as the medium to tell stories. Her life was forever changed when she saw The Nightmare Before Christmas. “When it came out, ” she says, “I thought, ‘Is that a funny animation or a scary animation,'”

Tontaveetong is now an animation producer and executive director of ASIFA-South International Animation Society-South, based in Atlanta. Originally from Taiwan, she saw some animation production companies when she first moved here but nothing like what’s available now, with companies such as Primal Screen, Floyd County and Awesome Inc. alongside such longtime animated producers as the Cartoon Network and Adult Swim. “I think a lot of people don’t realize how much animation is actually made here, especially for TV.”