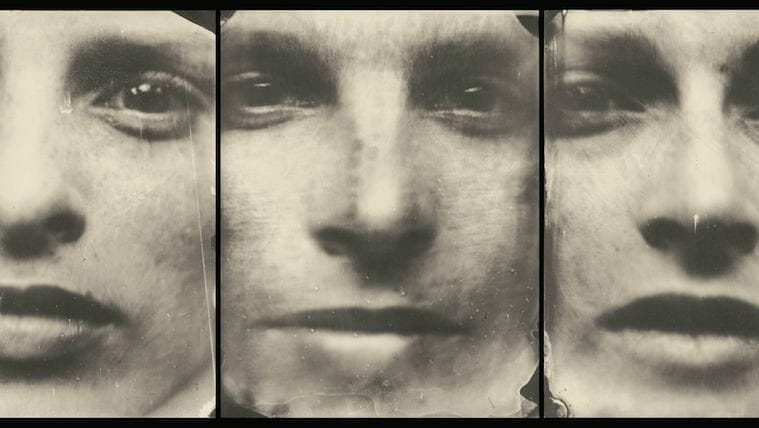 Elton John owns this Sally Mann piece, titled "Triptych" (2004). It's part of the "Sally Mann: A Thousand Crossings" photography exhibition opening Saturday at the High Museum of Art and continuing through February 2.

Sally Mann curator: “I knew the show was coming to Atlanta before I knew I was”

By the time photography curator Sarah Kennel joined the High Museum of Art in July, she needed little introduction to her new Southern colleagues.

As co-curator of the touring exhibition Sally Mann: A Thousand Crossings (opening Saturday at the High), Kennel says, “My journey with Sally Mann has been longer than my journey to the High. I knew the show was coming to Atlanta before I knew I was coming here.” The Mann show is organized into five sections — Family, The Land, Last Measure, Abide With Me  and What Remains — and includes prints from the High’s permanent collection and a slightly shortened version of a film about the Abide with Me section. The exhibition is the first major survey of Mann’s work to travel internationally.

The exhibition, organized by Peabody Essex Museum in Massachusetts and the National Gallery of Art in Washington, D.C., is on view in Atlanta through February 2, 2020. A smaller, concurrent exhibit titled Sally Mann: Remembered Light & Landscapes just opened at Jackson Fine Art and continues through December 21.

Kennel was a curator at the National Gallery of Art in 2014, when it took stewardship of the Corcoran Gallery’s 17,000-piece art collection. The merger yielded one of the largest institutional holdings of Mann’s photography in the country. Mann, coincidentally, was working on her memoir, Hold Still, at the time, and exploring what it meant to be Southern through a series of black-and-white portraits of people and landscapes that evoked more questions than answers.

Despite her renown, Mann — who lives and works in Lexington, Virginia — hadn’t yet received the kind of major exhibition that other artists of her caliber had, so Kennel set out to correct the oversight. But when the Peabody invited her to manage its photography program in 2015, the offer was too good to resist.

The Peabody opted to collaborate with the National Gallery on A Thousand Crossings, and, following its D.C. stop, the show visited the Peabody, the Getty Center in Los Angeles, the Museum of Fine Arts in Houston and Galerie Nationale du Jeu de Paume in Paris. It made a six-stop international tour — unusual for photography exhibitions because light sensitivity must be considered. Still, the opportunity to grant Mann, now 68, the visibility she deserved outweighed the risks. And the content turned out to be prescient.

“When I began working on this in 2014, it felt like we were looking back on the past,” says Kennel. “But as my co-curator, Sarah Greenough, and I were writing the introduction to the catalog, the Charlottesville riot was sparked by the removal of a Confederate statue. All of a sudden, it felt like Faulkner’s quote: ‘The past is never dead. It’s not even past.’ So much of what Sally was looking at through her particular lens back then are the same issues we are grappling with now.” “Deep South, Untitled (Stick),” a 1998 gelatin silver print by Sally Mann. When co-curator Sarah Kennel began working on “A Thousand Crossings” in 2014, she says “it felt like we were looking back on the past.” Then Charlottesville happened, and “it felt like Faulkner’s quote: ‘The past is never dead. It’s not even past.'”

The catalog, incidentally, was named best photography book at the 2018 Festival International du Livre d’Art et du Film in the South of France. Both curators will host a conversation with Mann (7 p.m. January 23) at the High. Tickets are free with museum admission or membership, but reservations are required.

Mann’s tableaus are haunting, ephemeral and romantic. But her mastery of shadow and light and her eye for sculptural beauty never devolve into sentimentality. And while it would be a stretch to characterize her as a political artist, she says that whereas she used to take pictures to save things, it’s now a lot more important for her to actually say something.

Mann’s photography is an invitation to expose viewers to what we’d prefer not to see — what she calls “classic white blindness . . . not just an inability to see, but an unwillingness to see” the legacy of institutionalized inequity, state-sanctioned violence, economic disenfranchisement and the majority culture’s complicity with all of those.

As the High Museum expands the footprint of its permanent photography galleries, grows its photography collection and anticipates the 25th anniversary of its Picturing the South project, Kennel looks to broaden its representation and the stories photographs tell us about ourselves. “Was Ever Love,” a 2009 gelatin silver print by Sally Mann

“One of the things photography programs can do is cultivate a visual literacy,” says Kennel, who’s excited by the democratization of image-making thanks to digital technology. “The High has a really strong collection [from the 20th century, civil rights era and 21st century] that tells the history of photography from a Southern perspective. But I’d like to shore up our ability to tell the whole story by going back to the 19th century. And going forward, I want our collection to reflect Atlanta’s diversity, demographic shifts and growing communities from the diaspora.”

Kennel values quality over quantity but plans to collect “opportunistically” to establish a distinct identity for the High. In an effort to balance the museum’s canon, she’ll look to emerging artists, women and people of color to enrich the collection. And once she gets the lay of the land — her top priority is learning to navigate Atlanta without GPS — she anticipates getting off the Woodruff campus, working outside the mainstream and cultivating conversations between well-known, highly trained artists and self-taught practitioners.

“You can’t really get to know Atlanta by staying in one place,” she says. “I’d like to get to know the other arts organizations . . . small, emerging, temporary pop-up spaces and established museums. I’ve been really excited to see what academic institutions like Spelman and the AUC Art Collective are doing.” “Sally With Camera” (circa 1998) is a gelatin silver print of Sally Mann. Exhibits of the 68-year-old Virginia-based photographer’s work open this weekend at Jackson Fine Art and the High Museum. (Photo by taken by R. Kim Rushing)

Kennel, who has taught at Princeton University, the University of California at Berkeley and George Washington University, is particularly sensitive to young audiences. Keeping her finger on that pulse by clubbing and hanging out late are no longer options, she says, but she’s eager to get a sense of what will resonate with the under-21 set by teaching and hosting student groups.

“I’m interested in figuring out what people want from the High,” Kennel says. “More broadly, I want to ask what it means to be Southern now. How do we think about Southern history and mythology . . . as well as the uncomfortable truths that we may not want to embrace? What can that tell us about our American story?”