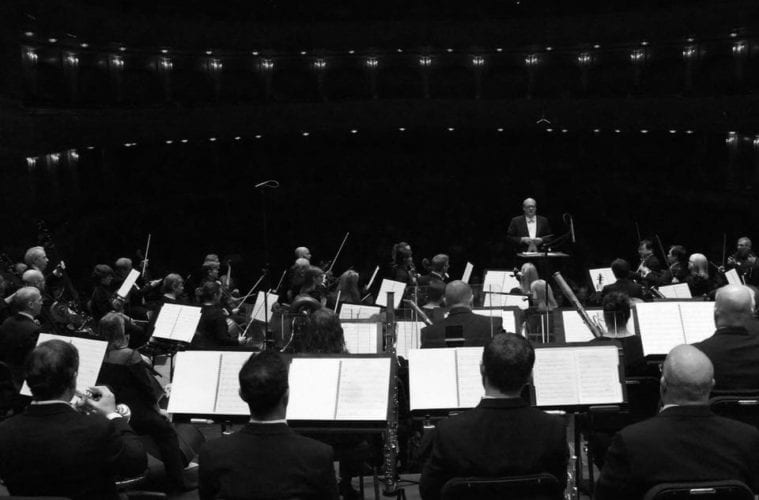 On Friday evening, Robert Spano, current music director of the ASO, was named principal guest conductor of the Fort Worth Symphony Orchestra in Texas for three years beginning in 2020. He’ll conduct two programs in each of the three seasons and assist in local fundraising through 2023.

Spano was also the weekend’s guest conductor of the Forth Worth Symphony. Once he took the stage of the Bass Performance Hall ready to lead the orchestra through the performance of Strauss and Mahler, the announcement he would join the orchestra was made onstage by a symphony official.

“What a joy it is to have met this wonderful orchestra, and I anticipate with pleasure the prospect of making great music together in the future,” Spano said in a press release. “I am thrilled to join such a dynamic and enthusiastic organization.”

Spano announced plans to step down from the ASO at the end of the orchestra’s 2020–21 season in 2018, which will mark his 20th year at the orchestra’s helm. In May 2018, Miguel Harth-Bedoya, music director of Fort Worth Symphony Orchestra, also announced he will conclude his own tenure in 2020.

“I am very pleased that Robert Spano — a highly-respected conductor of international standing — will be playing an important role in the musical life of the [orchestra] for the next few years,” Harth-Bedoya said. “I have long admired Robert’s programming, as well as the range and variety of living composers he performs and supports. I offer a sincere and very warm welcome!”

Based on a review by Theater Jones, both Spano and the Forth Worth Symphony Orchestra made for an outstanding performance on Friday evening.

“I haven’t heard this orchestra playing at this level in a few years; here’s hoping that each of Robert Spano’s outings with the orchestra will be as good,” the review reads.