Reviews: Women on the verge in “Poetry,” a masterpiece, and “Potiche,” a farce

The heroines of “Poetry” and “Potiche,” both women of a certain age, share a fondness for writing poems. That’s about all they have in common in these films from South Korea and France, respectively. The protagonist of the first lives in a cramped apartment and barely scrapes by, whereas the other manages countless employees while swathed in furs and ropes of jewelry.

What also separates them, and their movies, is the difference between the genuine sense of cinematic discovery found in “Poetry” and the boulevard-comedy clichés that deliver diminishing returns in “Potiche.”

So, let’s look at writer-director Chang-dong Lee’s movie first. Jeong-hee Yun — in a breathtaking, delicate performance — plays 66-year-old Mija (photo above). Raising her daughter’s teenage son Jongwook (Da-wit Lee), Mija makes ends meet by working as a part-time nursemaid for a disabled old man. Though the codger tends to shout at her, and Jongwook is a sullen brat, Mija greets each day with girlish sweetness. Even when increasing forgetfulness leads her to a doctor, who diagnoses early Alzheimer’s disease.

What changes Mija’s life more is the discovery that Jongwook and five of his thuggish middle-school classmates are implicated in the suicide of a female student. Just as significant is Mija’s decision to enroll in a community-center class, in which the students are expected to write a poem by the end of its four-week term. “The most important thing in life is seeing,” the teacher tells them. “Poetry” is about the gradual but enormous expansion of Mija’s vision, literally and spiritually.

Also, the movie quietly but firmly indicts a patriarchal society in which schoolgirls might seek escape in death and older women such as Mija are simultaneously manipulated and ignored. (A central plotline pitches her into the clutches of the five fathers of Jongwook’s classmates, who determine to protect their boys’ futures by placating school officials and paying off the dead girl’s mother.) 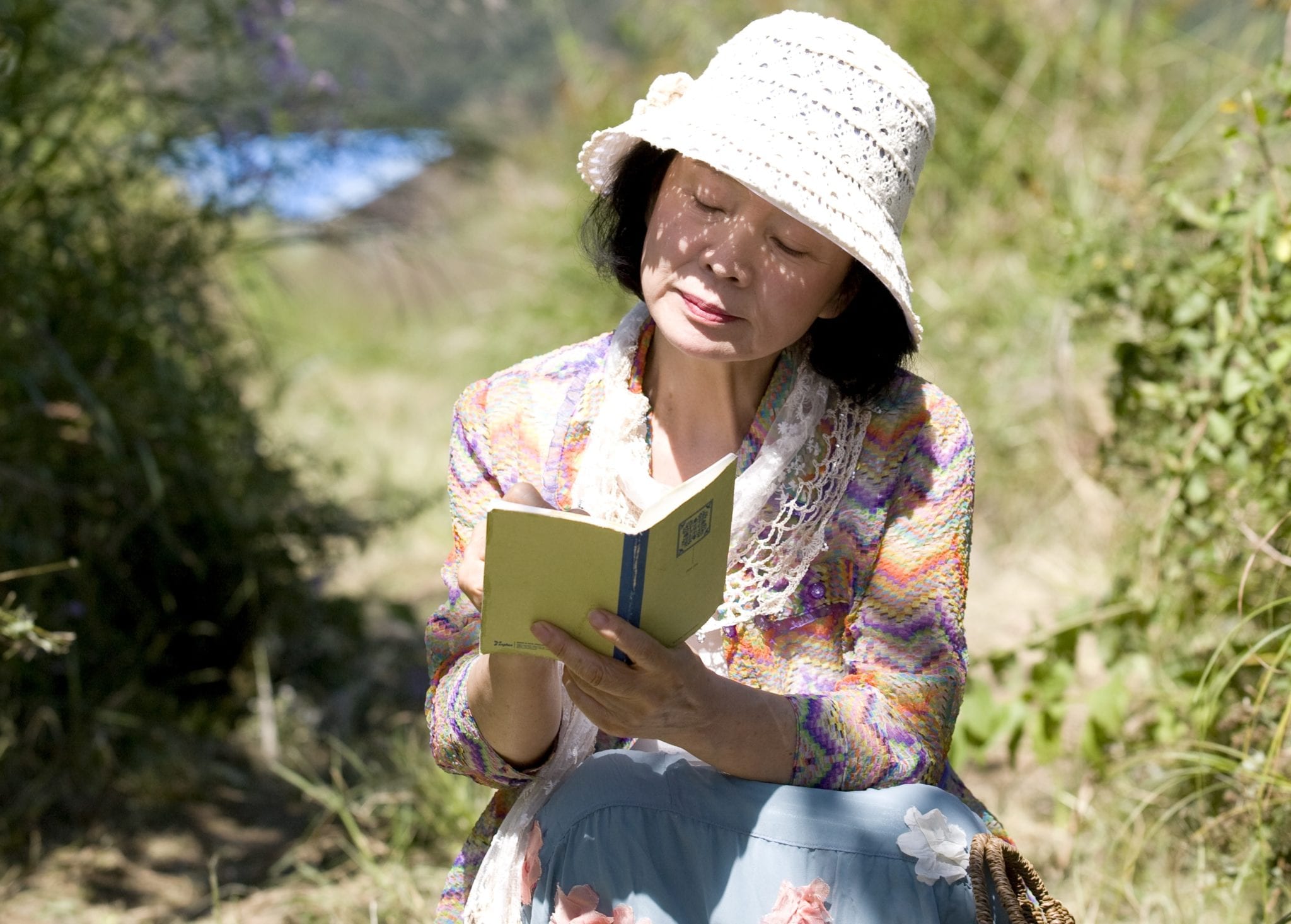 Through it all, Mija struggles to understand how poetry is written, where inspiration comes from. But her struggle is itself the solution. You could say that the desire to write poetry is itself a poetic act; it opens your eyes to the world in a fresh way. Likewise the movie, by withholding information and refusing to give us familiar plot points, makes us engage with it in the same way that Mija has begun to engage with her own life — even as it slips from her — through writing. At more than two hours, “Poetry” is, yes, too long and could have lost some of its lengthier celebrations of the written word. But it’s still unique and haunting.

Much shorter, but longer-seeming, the retro lark “Potiche” (French slang for a useless trophy wife) is mainly a chance to reunite “The Last Metro” stars Catherine Deneuve and Gérard Depardieu. Too bad this is no patch on the Truffaut film. That’s a shame, because its director, François Ozon (“Swimming Pool,” “Under the Sand”), is a filmmaker of tremendous gifts. He’s also one who refuses to make the same sort of movie twice. This time, he was in the mood to re-create the sort of diluted 1970s French comedy you might have found on a double bill with “La Cage Aux Folles.” Fair enough, but as his source he uses a play written by the same Gallic writing team responsible for that tepid relic “Cactus Flower.”

Set in 1977, “Potiche” gives us Deneuve as pampered Suzanne Pujol, whose hotheaded, secretary-bonking husband (Fabrice Luchini) runs her late father’s lucrative umbrella factory. (And no, despite Deneuve’s presence, the factory is not located in Cherbourg.) When workers strike to demand better conditions, the Pujols’ grown children take opposite sides. Artistic, Paris-dwelling Laurent (Jérémie Renier) thinks, like his mother, that the employees’ demands are reasonable. Joëlle (Judith Godrèche) calls her brother a commie pinko and sides with her conservative dad — who gets yanked offscreen via a heart attack. This development lets Suzanne step into the executive office, and back into the life of leftist mayor and MP Maurice (Depardieu), with whom she had a fling in her youth.

In theory, this sounds like a gas, man — a totally happening blast from the past. True enough, Laurent complains that some of his academic classes aren’t “my bag” and declares that “paternalism is dead.” Suzanne gets to accuse someone of being a male chauvinist. At times, the movie feels like a French cousin of “All in the Family,” only without the pointed political wit. The problem is that the script just isn’t very interesting or funny; whatever affection Ozon had for this material doesn’t translate. (Something similar occurred with director Todd Haynes’ recent, weirdly flat version of “Mildred Pierce” for HBO.) In the end, getting to make “Potiche” was probably a lot more fun than having to watch it.