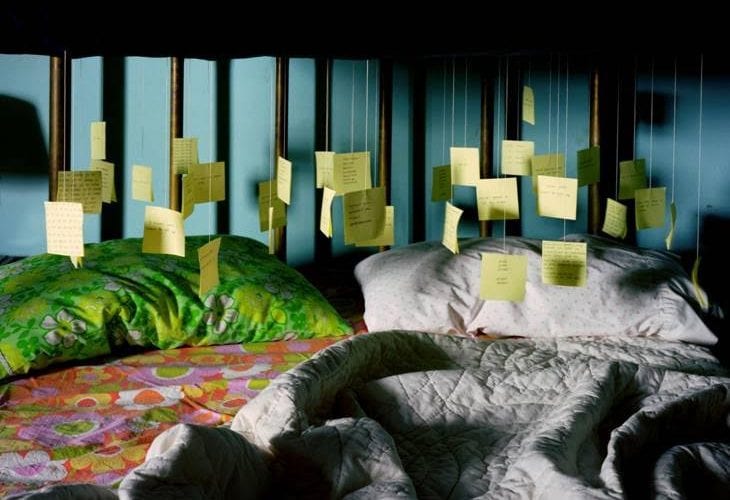 Review: “What Is Near: Reflections On Home” proves to be a quietly disarming collection 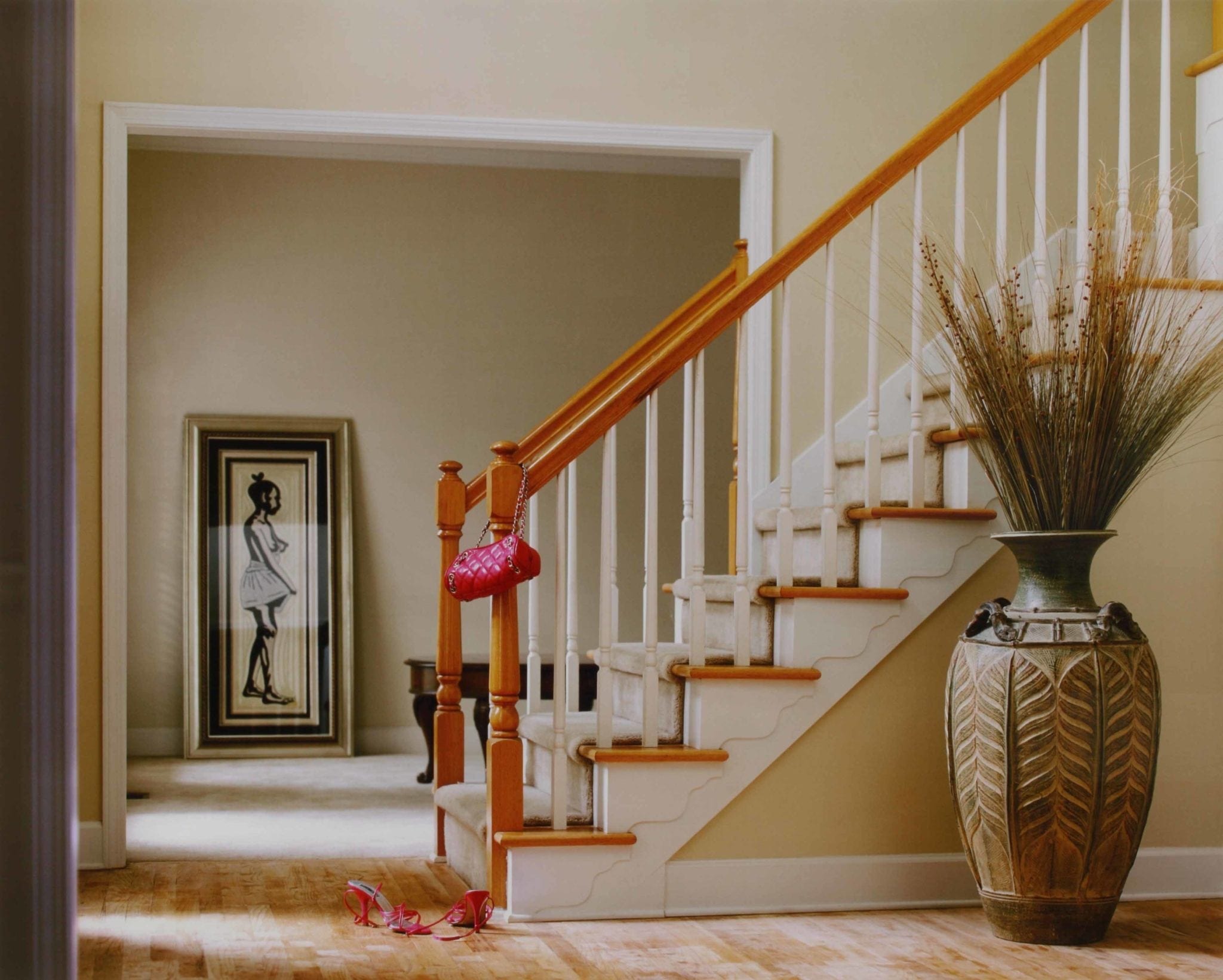 In a way the High Museum’s What is Near: Reflections on Home serves as the perfect intermezzo between the opulence of the Habsburgs and Basquiat’s neo-expressionist intensity. This small show of photography by five female Southern artists on display in the Lucinda Weil Bunnen Gallery show is disarmingly quiet — and incredibly effective because of it.

Maybe it’s the subject: The idea of home can conjure emotion and memory, ideas of comfort and conflict, even nostalgia. We have all lived in a home or come from one, left one or longed for one, yet, in the gallery as in life, there are as many different experiences of home as there are lives lived in them.

Maria Kelly, curatorial assistant for photography and exhibitions, suggests in the exhibition’s wall text that, though there may be a sense of nostalgia in many of the 20 or so images, it “does not rule the scenes,” and that nowhere in them does the photographer succumb to “the sense that things were better in the past.” This statement reigns true. Nostalgia implies an affection for times gone by, a pastoral and quaint version of the truth. Those looking for a more nuanced version of the word will be rewarded.

Carson McCullers, a writer from Columbus, Georgia, and from a Southern home herself, offered as good a definition of nostalgia as any. In an interview following the 1940 publication of her debut novel The Heart is a Lonely Hunter, she said that most of us are “torn between nostalgia for the familiar and an urge for the foreign and strange. As often as not, we are homesick most for the places we have never known.”

Her statement serves as the perfect metaphor for the qualities most meaningful, and often most unsettling, about these photographs. In some, a sense of disquiet arrives intentionally: Sarah Hobbs and Beth Lilly both deliver the foreign and strange in their photographs, often made more so by the fact that the surroundings can look familiar. 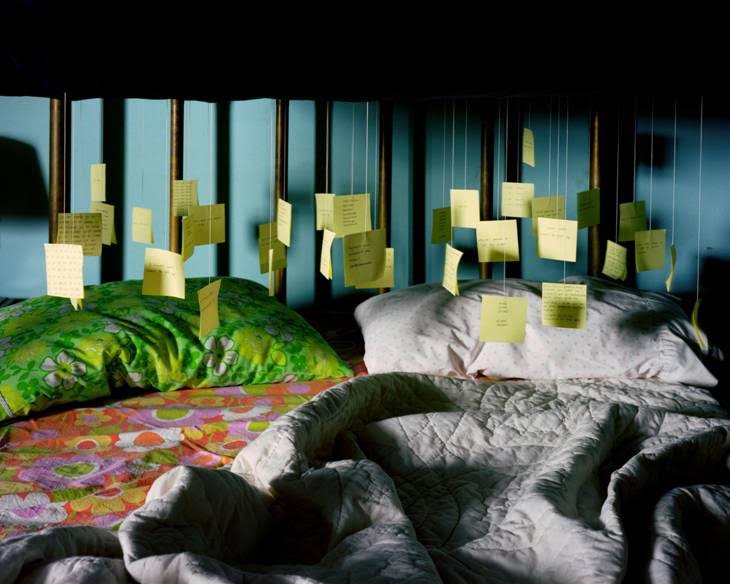 Hobbs’ manufactured scenes are void of people but filled with physical representations of their emotional states. In her photographs, large chromogenic prints from her Small Problems in Living series, objects stand in for anxieties. Familiar pale yellow Post-it notes float mobile-like over an empty bed bearing the repetitive thoughts and anxieties of the absent insomniac: “One hour until I have to get up.” “Go to sleep Go to sleep Go to sleep.” Numbers are recorded in grid form; hash marks fill another. Even the lyrics of an old song make spectral appearance. For this poor sleepless soul it’s Tanya Tucker’s “Delta Dawn” (what’s that flower you have on…). In Denial, 2008, colorful cut paper butterflies colonize a bathroom mirror, rising in methodically placed columns and rows with seeming intent to cover the whole thing. We know the artist is there or has just left, however, scissors and paper rest beside the sink as if the artist has stopped, finally satisfied that her reflection is no longer visible.

Beth Lilly presents her own memories of home with storytelling and playacting. She staged recreations of her dreams and experiences after wondering what they would look like, by casting friends and relatives to play the parts, though none plays herself. Handwritten fragments of her memory, in white on black, accompany each inkjet print conveying the feel of an artifact, equal parts image and word. All of these photographs are united by a sense of storytelling — a story told, or untold, remembered or reimagined.

Sheila Pree Bright photographed the interior living spaces of African-Americans living in suburban Atlanta hoping to tell a different story than that of “the American media’s projection of the typical African-American” home. With these large chromogenic prints, dated from 2004-07 from her Suburbia series, she delivers three tableaux, cool to the point of chilled, and like Hobbs’ images, void of people but not their presence. Each of Pree Bright’s perfectly composed rooms has an emptiness at its heart. Wall text describes them as “carefully composed,” but there is a studied loneliness that leaves me to wonder, because they are so perfect, by whom they were composed, the homeowners or the artist? In Untitled 28, from 2007, the titles of the ordered books within a wall-sized bookshelf reflect intellectual interests as diverse as slave religion and slave culture, Picasso, Russia and Judaism, yet appear arranged as much for decoration as for consumption. In another, the order and seeming silence of a sterile, sunlit room is broken only by the perfectly paired hot pink purse and heels left beside the carpeted staircase, and a welcome burst of individuality.

In contrast, Paula Chamlee’s gorgeously toned silver gelatin prints of her childhood farm home in the Texas Panhandle are spilling over with life. These images are as warm and intimate and messy as Pree Bright’s are precise and considered. Like Pree Bright’s, they are absent of people, though evidence of them is everywhere in the newly ironed shirts and table set for three, the puff pressed into loose face powder on the dressing table of the lady of the house and the messy roll-top desk of the man, cluttered with the detritus of a life. The only people are those in the family photographs that hang neatly on the wall behind the couple’s favorite chairs and those scattered in a box looking for all the world like those antique store found photographs of anonymous lives. It’s not a stretch to infer Walker Evans’ influence on Chamlee — it shines through in her exquisite tones and in her exaltation of the mundane. 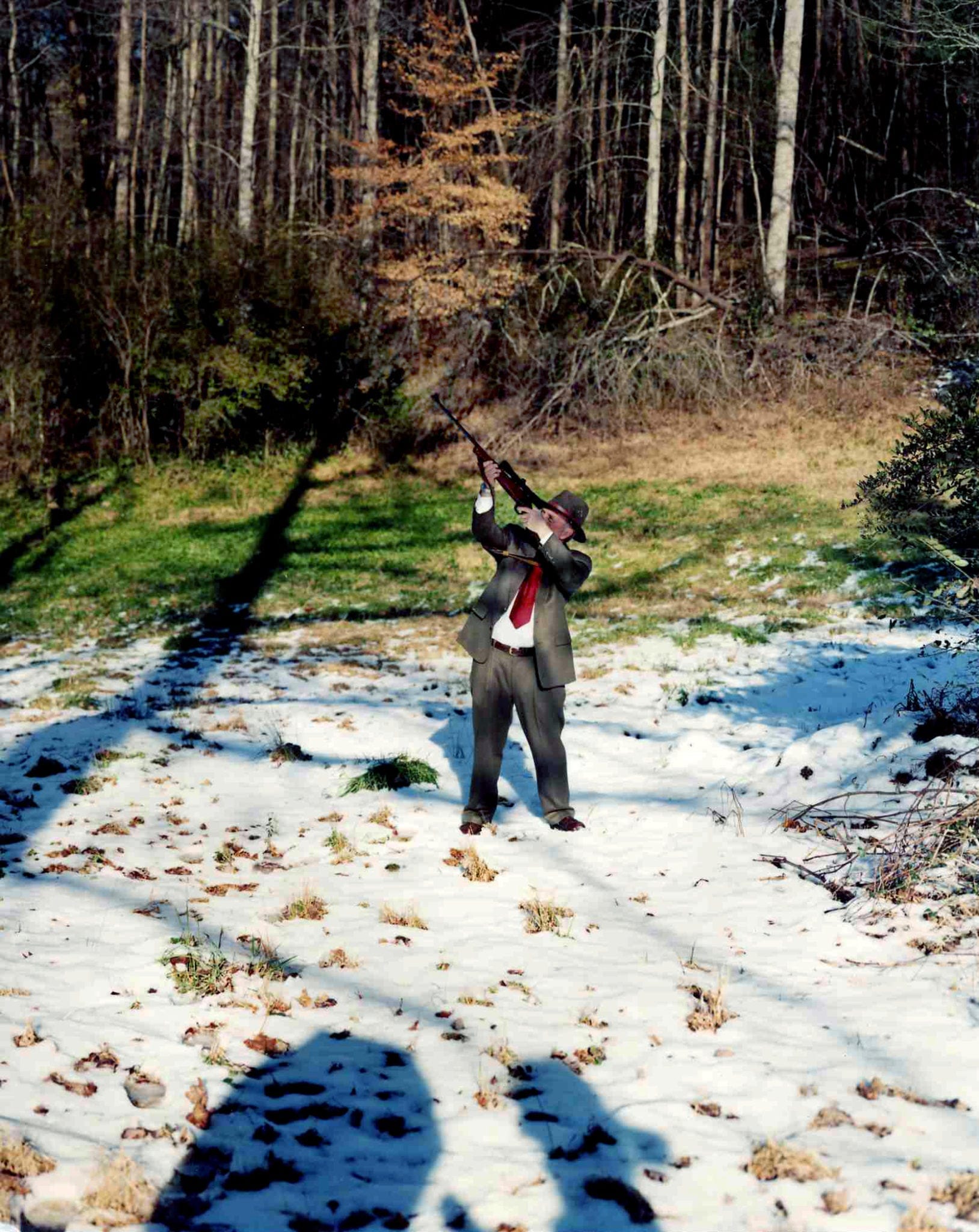 Angela West’s scrutiny of the everyday delivers the familiar lush summer greens and backyard ritual of her Dahlonega, Georgia, home in scenes that coexist with the specter of death. In Blackberry Winter, 2003, a woman drapes a large flowering bush in a printed bedsheet, presumably to protect it from a killing frost. In Dad with Machete, 2005, the photographer’s father, stands amid jungle-like weeds, with a machete in his hand, rakish and near menacing, and in another, Mistletoe, poised in a suit and red tie, he aims upward at the eponymous mistletoe through the scope of a rifle. A less merry allusion to a different use for that gun appears with the shadow lurking in the foreground of the photograph. It looks for all the world like the shadow of an upended, lifeless deer apparently hung from the backboard of a basketball hoop after suffering the same fate that is about the befall the mistletoe.

Maybe it’s the strange within the familiar, like that in West’s explorations of home, that makes the photographs in What is Near so compelling. It could simply be that the familiar always finds strange new expression beneath our scrutiny if we look long and hard enough at it as these five photographers have done. Or it could be that we never really knew our homes in the first place and these images of the homes of others, real or imagined, remind us that we are, as McCullers said, homesick most for the places we have never known. The psychic dissonance of this possibility feels familiar, but is just too strange to consider.

In the Lucinda Weil Bunnen Gallery at the High Museum of Art through May 22, 2016.