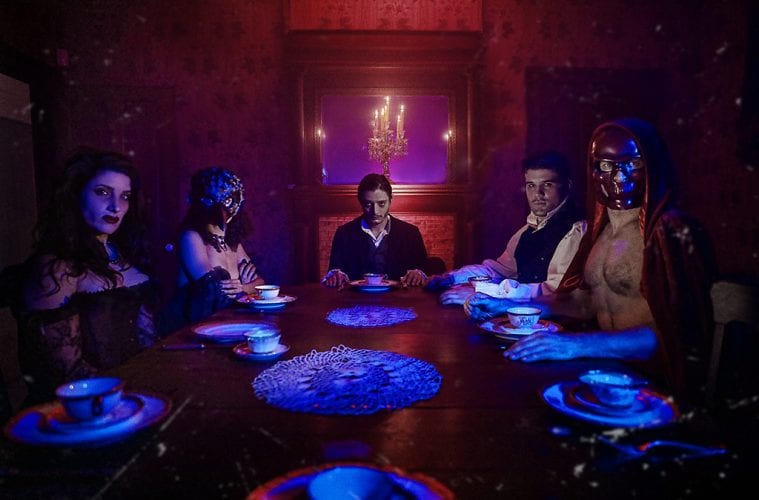 The new site-specific Halloween production, The Edgar Allan Poe Experience, gives a highly fictionalized, very Poe-like account of the last hours of the writer’s life with scenes inspired by “The Raven,” “Tell Tale Heart, “The Fall of the House of Usher” and “The Masque of the Red Death.” The lighting and haze-filled atmosphere at the Wren’s Nest (the real, late-Victorian home of Atlanta author Joel Chandler Harris) stands in for an imagined asylum where Poe is supposedly confined. The ambience is exquisitely evocative, and the audience’s ability to wander lends an air of excitement and energy to the proceedings. But despite its initial promise, the show unfortunately ends up feeling incomplete, flat and unsatisfactory.

There are few significant insights about Poe or his writing (he’s simply a familiar figure, the mad genius/tormented artist), and the scenes in the different rooms feel disjointed, too brief and inert. The excellent actor Skye Passmore portrays Poe, and scenes with Poe in them tend to be more interesting than the ones that necessarily have to occur without him. My word of advice to audiences on their way to the show is to follow Poe as much as possible. Truman Griffin and Skye Passmore perform a scene from “The Masque of the Red Death.” (Photo by BreeAnne Clowdus)

The night I went, there were far too many attendees there for the nature of the production and the space provided for it, so the scenes lacked a crucial sense of intimacy, and the wandering (often more akin to the crowded shuffling at an airport gate) from room to room lacked a sense of individual freedom or exploration. A spooky atmosphere pervades, and there are a few moderately creepy elements, but there is no big scare in the show, which seems like a lacuna. A sexy shirtless Red Death figure is more kitschy than scary, and the Wren’s Nest has an inherent cutesy coziness, which one senses from time-to-time alongside the overlaid creepiness. At one point, a small group of audience members and I chose a room without actors, and we had to wait there listening to the sounds of scenes proceeding elsewhere until the chime of bells signaled that the current scenes had come to an end and we could choose another room. The only fear I experienced then was the fear of missing out.

It’s worth noting that the audience on opening night seemed far better pleased than I was, and the production has just extended through November 4, so I suspect other visitors are simply better prepared to understand this show as “an experience” rather than as a different sort of play, which is what I was hoping for. (In all fairness, the word “experience” is right there in the title.) Still, the production by Brian Clowdus of Serenbe Playhouse feels as though it fought and lost some of the battles against limitations of place, rather than inventively adapting to them, as is more often the case with his work. If Clowdus’ Miss Saigon and Cabaret could be said to be Clowdus’ epic paintings on a grand scale, The Edgar Allan Poe Experience feels like a strange step back: an accomplished, promising, but ultimately unsatisfactory collection of unfinished sketches.