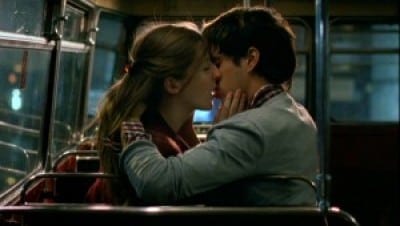 Review: The Contemporary’s “Sex Drive” motors in many directions, depending on your sexpectations

Joe A. ThomasOctober 26, 2011
Art+Design
Joe A. Thomas is Professor of Art History and Chairman of the Department of Visual Arts at Kennesaw State University. His research focuses on sexuality and representation, modern and contemporary art, and the 1960s in America. Recent publications include “Komar and Melamid: The Future Memory of International Modernism” and “Gay Male Pornography Since Stonewall.” — Catherine

You can’t help it. A show as provocatively titled as “Sex Drive” creates all kinds of expectations. Sex is one of those traditionally controversial subjects, along with politics and religion, that wise people are advised to avoid in civil conversation, and sex probably has the deepest, most personal resonance of the three. (Or so Freud would have us believe.)

In this show, on view at the Atlanta Contemporary Art Center through December 18, curator Stuart Horodner has assembled a array of works by local, national and international artists that touch upon a wide variety of sexual topics, from celebratory eroticism to conceptual riffs, in the context, he writes, “of recent gay marriage votes, the Obama repeal of ‘don’t ask, don’t tell’ and numerous sex scandals including Anthony Weiner, Bishop Eddie Long, Arnold Schwarzenegger and others.” Beyond that cultural context, each viewer inevitably brings his or her personal baggage as well, so visitors probably walk into the show expecting God only knows what.

I was hoping for some good old tongue-in-cheek (everything has a double entendre when you talk about sex) playful eroticism, and I wasn’t entirely disappointed. Ion Birch’s three graphite drawings are like a cross between contemporary caricature and 19th-century Japanese pornography: squirming, swirling morasses of stylized figures with exaggerated sexual organs in varying degrees of sexual activity. Lisa Alembik’s watercolors of nude women posed in various awkward and suggestive postures in kitchen settings recall fetishistic food pornography (as in “A Drumstick and Two Breasts,” above), at least to anyone who has ever been exposed to this hilarious niche of the modern porn industry.

Horodner commissioned two works specifically for this show: Nancy VanDevender’s mural installation “Did, Did Not and If I Do” and Vertna Bradley’s “Scandalous.” These works intentionally make connections to contemporary events. Bradley’s video pieces together a riotous montage of embarrassed public figures apologizing on television for their sexual indiscretions. Seen one after another, the effect is sardonically humorous as it documents the scale of sexual infidelity and moral hypocrisy in America.

VanDevender’s mural is more oblique. Without the wall text, a viewer might never know that the faces and phrases so decoratively arranged across the wall refer to such scandals, because the faces are unidentifiable (at least to me) and the inscriptions make little sense. The word “smush” features heavily, which I gather is a quite recent term for sex of “Jersey Shore” etymology. The whole thing seemed like a code not worth deciphering.

Most of the work in the show is more personal than political — Kate Millett to the contrary. Tracey Emin’s “Is This a Joke” (at left) may actually come closest to summing up our contemporary confusion about the eternal contradictions of sex (if such a thing is possible). A vague outline of coupling figures is embroidered on a blanket, with the title text embroidered above. Strange lines, like spikes, emerge from the top figure. Nothing erotic to see here; such a dry commentary in this context suggests frank suspicion about sex both biologically and culturally. Emin’s well-known past work involved the disturbing public exposure of her own sex life, and in that context it’s difficult not to see a thread of hard, existential bitterness toward the role of sex in human life.

So what’s the point of a show like “Sex Drive”? There’s a really disparate array of work here. Some of it doesn’t even seem as if it belongs. Michael Patterson’s folk-arty depiction of a gay pride parade is more documentary than sexual, and Christopher Makos’ famous portrait of Andy Warhol in drag is only about gender, which is not at all the same thing as sex. The exhibition perhaps appears even more unfocused than it really is due to many small-scale works being scattered across the Contemporary’s cavernous spaces. As a new version of a show curated earlier for Haverford College, it perhaps shows the marks of being fit into a new context. Several works prominently featured in the accompanying support materials are not even exhibited here.

Yet I can’t help but respect the curatorial nerve it takes, even in 2011, to work with challenging sexual subject matter. It’s undoubtedly valuable to take a good look at sex once in a while and bring that semi-forbidden discourse out into the open. This show does that, perhaps saving us the effort of doing it ourselves. As I said, everyone will come to this work with different expectations. You’ll probably take away what you bring to it.