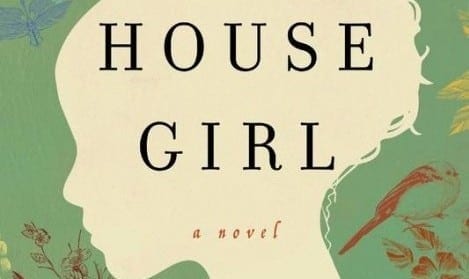 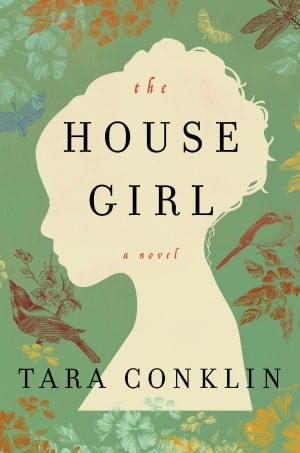 The antebellum South, like Tudor England or World War II Europe, provides limitless stories. As soon as we think all the tales have been told, a novelist presents a unique idea that offers a fresh look.

In Tara Conklin’s debut novel, The House Girl (William Morrow, 384 pages), we are once again thrust into the familiar world of the Old South plantation. Though Conklin’s narrative about a slave desperate to achieve freedom echoes other novels set in the antebellum period, she moves past this conventional plot line to interweave her historical story with a contemporary one. This allows for a unique consideration of both history and modernity, highlighting the differences and disturbing similarities between them. Though the interplay of time periods occasionally makes the story feel unfocused, the result is a complex and riveting novel that contemplates love, slavery, freedom and art.

The book opens with violence, as the house girl, Josephine, receives a vicious slap to her cheekbone from her lecherous, feckless master. Josephine’s plight is commonplace — this scenario parallels countless other brutal moments between master and slave — but what we soon discover is her unique relationship with her mistress, Lu Ann Bell, the purported artist of fine plantation scenes. Lu Ann appears to love Josephine, or at least cares enough to teach her to read and help her to paint. Most slaves, as many novels and the historical record suggest, apparently hated their mistresses, but Josephine’s feelings for Lu Ann are far more complex.

In the parallel story, Lina Sparrow, an ambitious white lawyer in contemporary New York City, has just been assigned to a slavery reparations case. Art historians now believe that Josephine Bell painted Lu Ann Bell’s masterpieces. If they are right and one of Josephine’s descendents can be located, Lina may have found the perfect plaintiff to help her argue the case. Josephine’s authorship cannot be proven without more research, so Lina dives into the sparse historical archives.

As the reader glimpses Josephine’s experience through Lina’s research, it becomes clear that the lines between enslaved and free can be difficult to determine. Though Lina’s and Josephine’s lives are radically different, Conklin’s juxtaposition of their situations invites comparison. Both women can be considered “house girls,” and both seek freedom. Josephine’s freedom is literal and Lina’s more figurative, but both must better understand themselves and their complicated environments before they are able to begin new lives. Josephine’s bravery and determined belief that she can improve her life give Lina the courage to make a change.

In addition to ruminations on slavery and freedom, the novel also contemplates the ownership of art and what it means to create art. When Lina begins her research, the art world is in fierce discussion over who created Lu Ann Bell’s paintings. The idea that Josephine, an uneducated house slave, could have produced such beautiful art is anathema to some. The paintings seem too emotionally intimate, too aware of cultural realities of the slavery-ridden South, for that.

Lina’s quest for the source of Lu Ann’s art echoes a similar art-based search. Her father, Oscar, a famous artist, has produced a series of portraits of Grace, his late wife and Lina’s mother. Just as the creator of Lu Ann’s artworks seeks to understand enslavement and the enslaved through art, Oscar seeks to understand Grace through art. The notion of “understanding” an individual through art takes on complicated nuances in both story lines and resonates in both Lina’s and Josephine’s experiences. 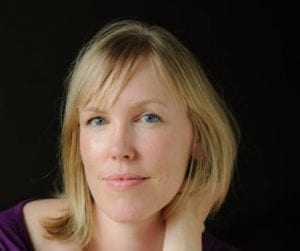 The House Girl never loses its drive, but its ultimate emphasis on Lina over Josephine is a missed opportunity, and the novel feels unwieldy by the end. Although the book opens with Josephine, investing readers in her experience and voice, Conklin allows part of Josephine’s story to be told by minor characters through letters that Lina finds. This narrative choice buoys the plot but does little to add to Josephine’s character development. As the story evolves, Josephine recedes and other characters drown out her voice. Toward the conclusion, the novel begins to feel too full, as Lina’s and Josephine’s narratives bloat with subplots and minor characters. Though Lina’s quest for Josephine’s story never flags, readers will wish that Conklin had stayed with the yearning Josephine rather than focusing on the determined Lina.

Nevertheless, Conklin’s writing is lush and descriptive, depicting the contemporary scenes in New York and the historical moments on a Virginia plantation with equal artistry. The main characters and their plights are compelling. Fans of Kathleen Grissom’s The Kitchen House and Jonathan Odell’s The Healing will find another thought-provoking read in Conklin’s debut.