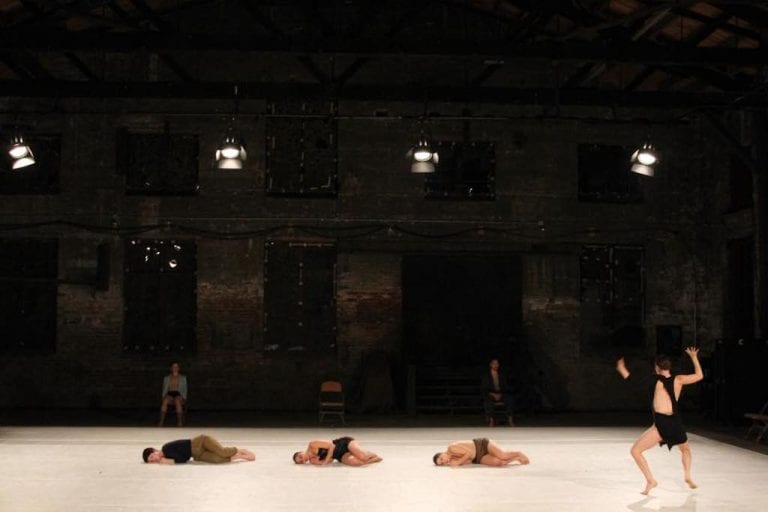 Agami has adopted the bold flavorings of her mentor, . (Photos by Thom Baker)

When a talented young dancer leaves a famous company to become a choreographer, expectations and assumptions run high. And when that famous company is Batsheva Dance Company under the direction of the now iconic Ohad Naharin, it’s hard not to look for, even crave, artistic similarities. Such is the case with Ate9 Dance Company, a new Los Angeles–based troupe under the direction of former Batsheva star and Jerusalem native Danielle Agami.

Presented by glo and the Goat Farm Arts Center as part of Tanz Farm’s Series 2, Ate9’s new work “Mouth to Mouth” feeds Atlanta’s growing interest in Israeli contemporary dance. And the work delivers the style’s most satisfying hallmarks: bold and quirky gestures, roiling spines, superhuman athleticism. Naharin’s echo is undeniable, especially in the unison sections and a floor trio that is highly reminiscent of his 2005 work “Three.”

But who can blame her? At just 30 years old and fresh off an eight-year stint with Batsheva, Agami is best known as a skilled translator and self-described “ambassador” of Naharin’s groundbreaking work. In 2011, she moved from Tel Aviv to become the senior manager of Gaga, U.S.A., the American organization devoted to teaching Naharin’s increasingly popular movement language.

Gaga, it seems, is almost as much Agami’s as it is Naharin’s, and she uses its improvisational methods to develop her own work. Thus the movement in “Mouth to Mouth” is a stunning study of the human body’s possibilities. In one section, dancers Thibaut Eiferman and David Maurice — the only two males in a cast of eight that includes Agami — perform a series of repeated vertical bounces. Over and over, they seem to stop in air, and just when we think their bodies can’t handle any more, their legs split into a short series of cheerleader-like jumps. It is the essence of bravado, an animalistic display of physicality offered up without a “ta-da” finish.

Agami plays with her audience and often forces us to make choices. In another section, three female dancers sit near the audience and pull absurd faces, mashing and contorting their mouths and eyes into bizarre shapes. Behind them, Maurice’s body stumbles, jerks and shivers in an equally bizarre solo. Like driving by a car crash on the highway, it’s hard to decide where to look. It was an effect I found oddly satisfying. 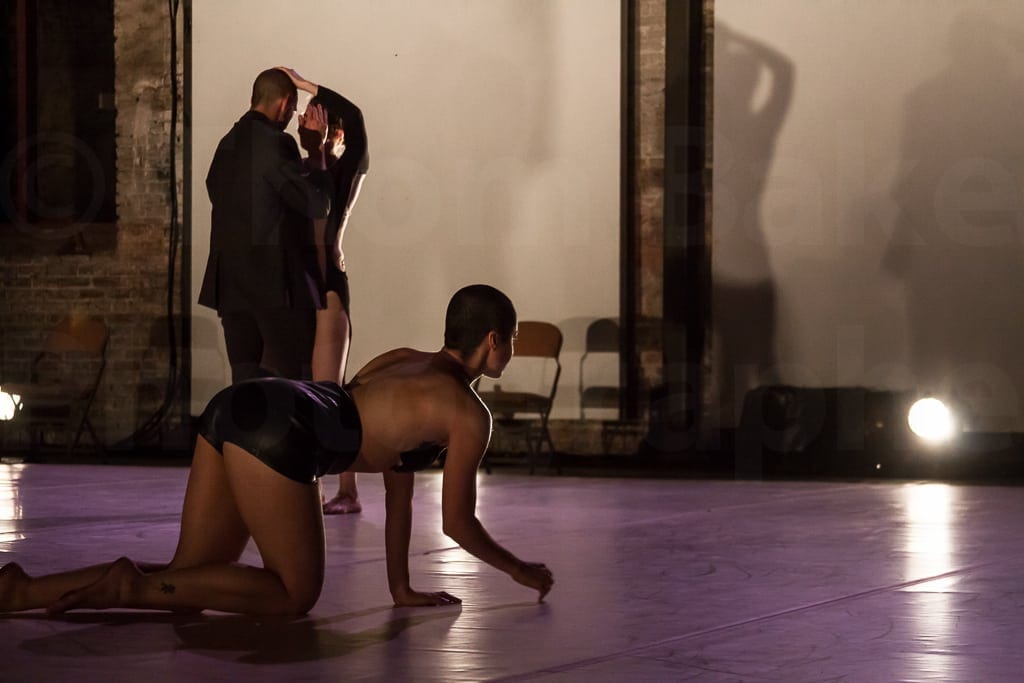 “Mouth to Mouth” is packed with unrelated elements presented simultaneously and given equal weight. This is another hallmark of Naharin’s work, notably in “Secus,” which Agami restaged for Atlanta Ballet in May. Every dancer performs a detailed, often speedy solo at the same time and without regard to one another as if improvising alone on stage. To some, it will look like chaos, to others a delicious sampler platter of movement. If you know you can’t try everything, you can at least enjoy some tasty snippets.

Agami’s skill as a movement inventor is most evident in the solo form. Solos are peppered throughout the 55-minute work, and offered like visual palette cleansers. Eiferman, dressed in a gray suit, performs an intricate, rhythmically complex solo that dazzles. Later Agami, in tight black shorts and a duct tape “bra,” preens like a male peacock, head cocked, eyes ablaze, every movement defined with mesmerizing subtlety. Like the bouncing men, she seems to present herself for scrutiny without the need for approval. 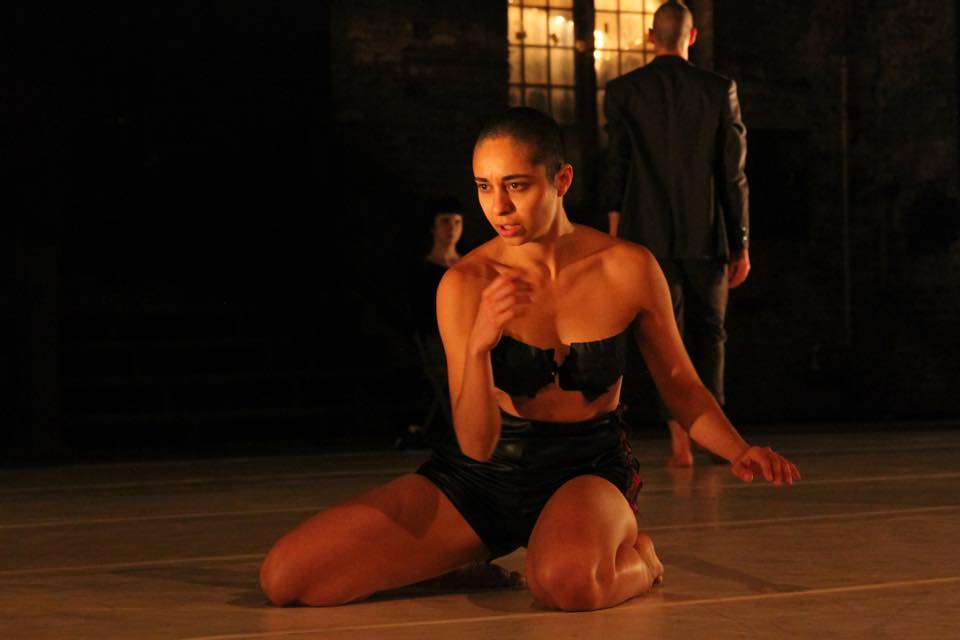 But while “Mouth to Mouth” excels in movement inventiveness, it lacks the cohesive structure of Naharin’s more abstract work. Agami says her piece examines “the coexistence of the surreal and the normal” and plays on the idea of “stacking stories.” Surrealism without context can become confusion, and some of the work’s later stories feel too abrupt to resonate.

In one of the piece’s most head-scratching moments, the dancers put on masks — a superhero, the Pink Panther, the Grinch — then walk around the stage’s chair-lined perimeter. They take turns staring at the audience in a posture of indifference, then abandon the idea without comment. In the last moment, a dancer frantically rips open a bag of potatoes and spills them onto the stage. Both moments feel like afterthoughts, attempts to add shock value or narrative to a work that doesn’t need them.

In a public talk with Atlanta choreographer George Staib prior to the performance, Agami said her movement creation is different from Naharin’s because “he is a man and I’m a woman.” The gendered costumes — a cut-up dress, a man’s jacket without pants — also suggest an attempt to tackle the subject, but the idea doesn’t pan out. Her birdlike solo is its most successful manifestation. But Agami has certainly inherited Naharin’s bold, anything-goes approach to movement creation, and, as she explores her own choreographic voice with Ate9, she is sure to find her wings.