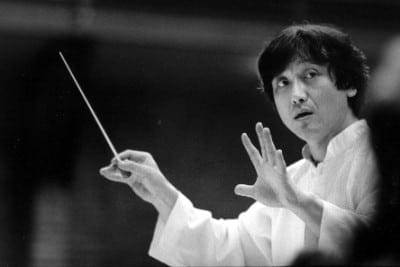 At age 27, Augustin Hadelich has emerged as a major violin soloist, shortlisted by major orchestras as he introduces himself to the world. But if anyone at the Atlanta Symphony Orchestra concert on Thursday, his Atlanta debut, expected the sort of flashy showmanship often associated with young prodigies, they were in for a big surprise. 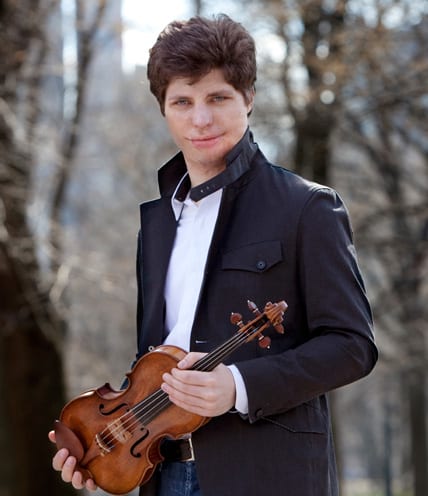 Playing Beethoven’s Violin Concerto, Hadelich (at left) soon revealed himself as a musician’s musician, with a subtle and deeply introspective reading of the score. He played with great confidence and unhurried ease, especially in the first two movements. His tone is clear, focused and silvery. His sound is warm and sweet, but often so delicate that the listener had to concentrate to hear it in the vastness of Symphony Hall. Even his first movement cadenza, though thrillingly difficult, was performed with understated elegance rather than flamboyance.

Kazushi Ono, conducting the ASO for the first time, was careful not to overwhelm Hadelich, but he seemed determined to bring the orchestra up to full swell when it played alone. The contrast, though not ideal, was a vivid one, and this odd couple seemed to work on their own terms.

For an encore, Hadelich played Paganini’s Caprice No. 24, a formidable and electrifying display of virtuosity. What was particularly striking was his aplomb, as if even this might not be a challenge. After being badly burned in a farm accident at age 15, Hadelich was told he would never play again. A few years later, after dozens of surgeries and rehabilitation, he won the International Violin Competition in Indianapolis, and his career was set in motion. He now plays a 1683 Stradivarius.

After intermission, Ono led the orchestra in Suites No. 1 and No. 2 from Ravel’s ballet “Daphnis et Chloe.” With a large orchestra, a wind machine, seven percussionists, harps and a celeste, this was a stage-filling extravaganza of the sort that Atlanta seems especially fond of. The music is highly atmospheric and contemporary, with an ominous sound that we might associate with Alfred Hitchcock movie scores, but it builds up to moments of wild passion and hedonism. Ono, who conducted without a score, gave us an intense and sensuous performance. Suite No. 2 features a ravishing flute solo, which was seductively performed by Christina Smith. 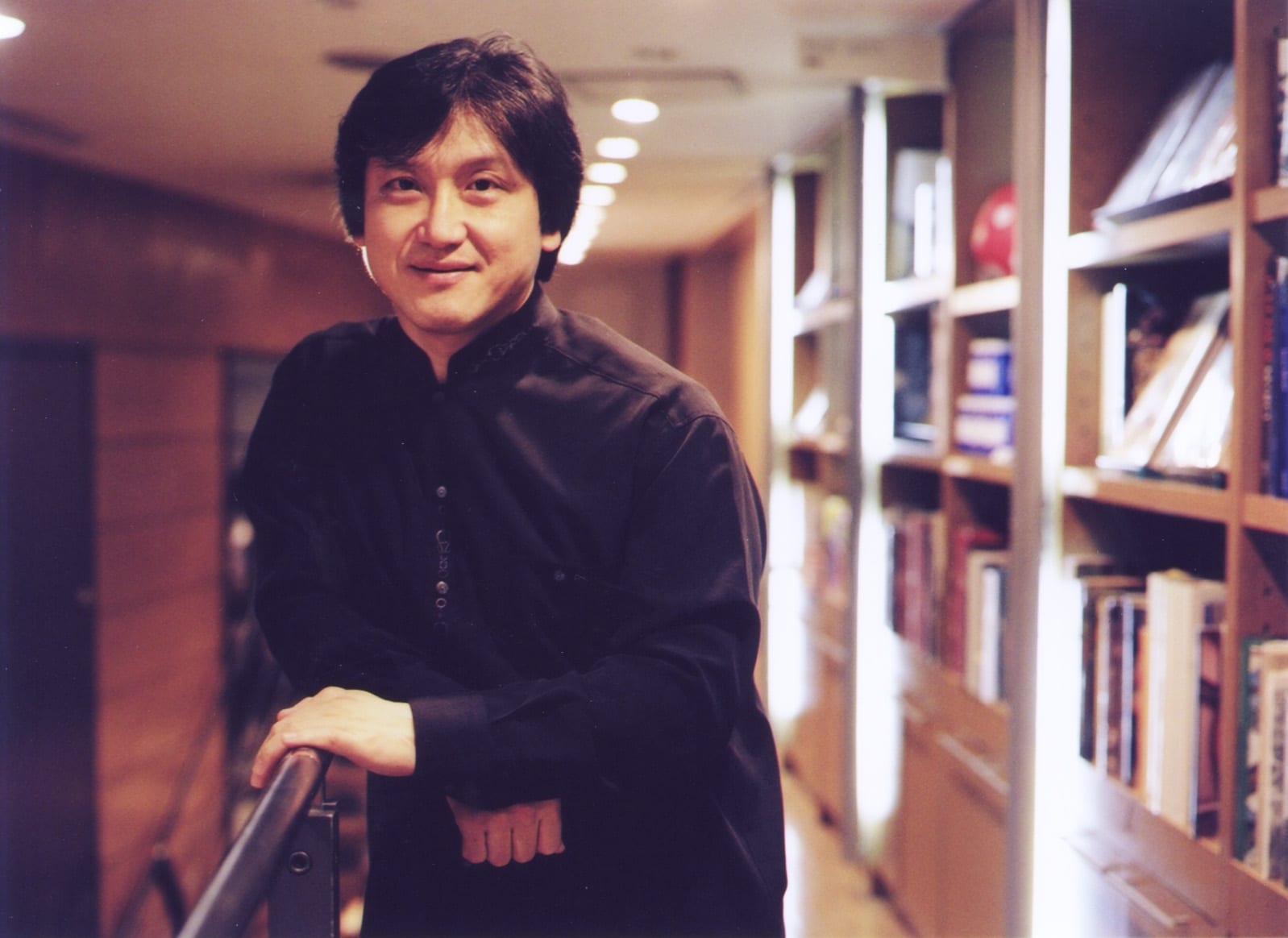 Ono (at right) opened the concert with Dvorak’s “Carnival” Overture, a joyous and energetic piece, performed here with precision and drama. Ono’s career has unfolded primarily in Japan and Europe, but that seems to be changing lately with a number of high-profile guest slots. His hairstyle is much like that of another esteemed Japanese conductor, Seiji Ozawa, and Hadelich has a full head of curly locks, so this was a night for good hair.