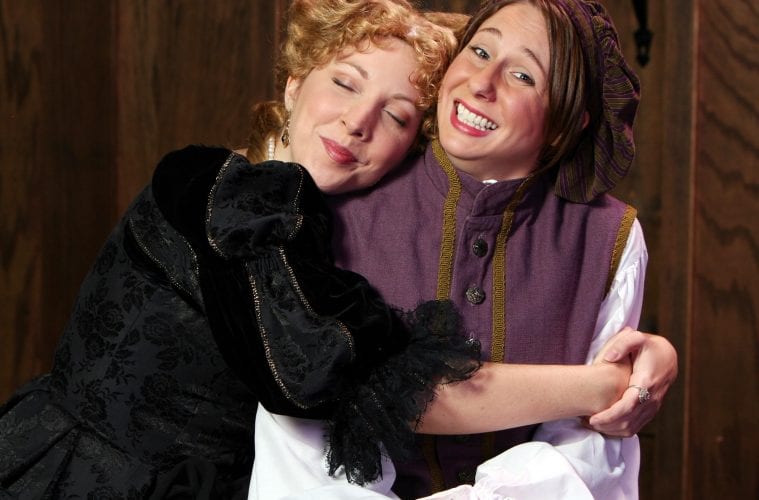 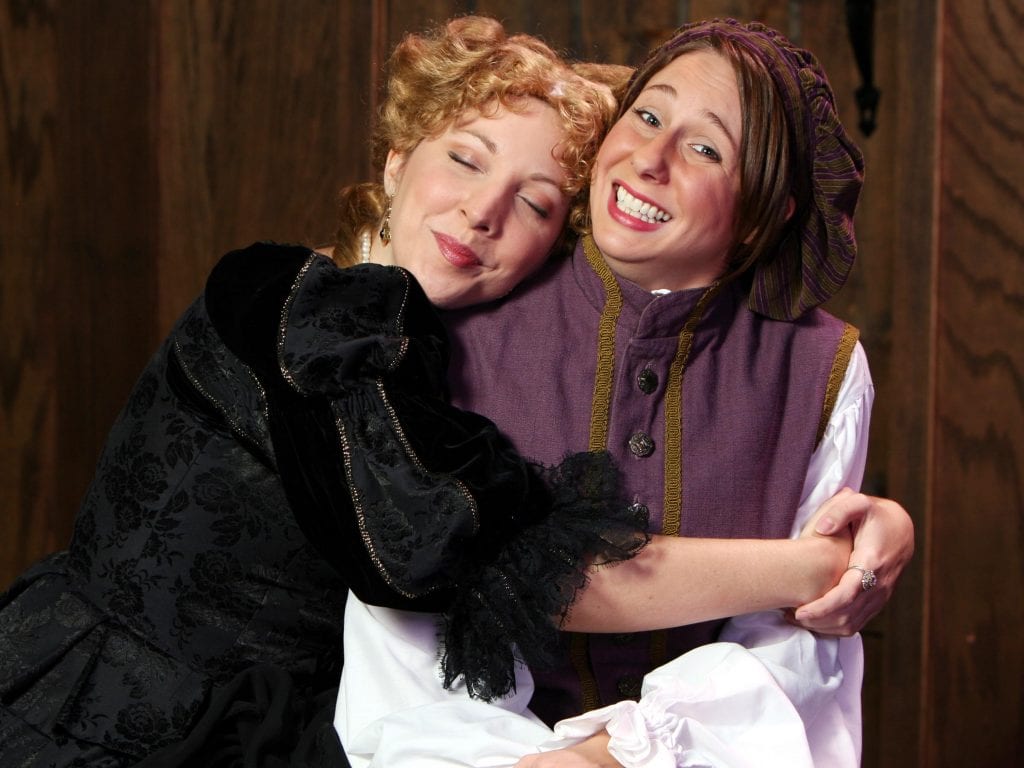 There’s a moment toward the end of Shakespeare Tavern’s new production of “Twelfth Night,” on stage through July 29, when Viola (Veronika Duerr) heads toward the wings and another character calls her back on stage. Nearly the entire front row of the balcony stands and leans over to see her re-enter. It’s like a sporting event: they’re that excited, engaged and invested in the action.

The Tavern’s new production is lively, funny, fast-paced, beautifully realized and not without some very serious, thought-provoking dramatic touches. It’s one of the best bets on stage in Atlanta this summer, and the fact that the basement theater is kept as cool as an English autumn (and you can sip a cold beer during the show) makes the bet even better.

One of the great things about this “Twelfth Night” is the way the audience is so often involved in the action. The Tavern is arranged as theaters were in Shakespeare’s day, with the stage raised above a pit that’s filled with a somewhat restless audience and a balcony above. It’s an intimate arrangement that invites the sort of lively communion that was likely a crucial element of the Bard’s plays as they were originally performed, an element that’s always missing when they’re read and all too often missing from other theatrical productions.

Here we are witnesses and judges, co-conspirators in Viola’s disguise, participants in the prank on Malvolio. In the intimate setting, asides are spoken directly to the viewers, as they were meant to be. Viola comically appeals for help with her eyes during a swordfight, and the fool Feste conspiratorially addresses the line “Many a good hanging prevents a bad marriage” to the wife in a middle-aged married couple.

As the comic misunderstandings of the plot pile up and the love triangle gets more bizarre, Viola turns to the audience and asks, “What will become of this?” It’s a real question, expressing frustration and bafflement, directed to us, the only others who know and understand her predicament. There’s a closeness and conviviality there that allows all these moments to come alive.

In lesser productions, the subplot of the pranksters and Malvolio can become tedious, the humor strained, and the whole thing can seem pointlessly cruel and crude. One often ends up just wishing it would leave the stage and the play could get back to the story of Viola, Orsino and Olivia. But here Nicholas Faircloth, Kati Grace Morton and Matt Nitchie bring out the genuine humor in the roles. Jeff McKerley as Malvolio expertly makes the transition from fussy busybody to laughable fool to abused victim.

It’s one of the play’s funniest and most troubling arcs, and its complications are made even more evident by the fact that we’ve enjoyed Malvolio’s downfall more than anyone. When he swears at the end that he’ll have his revenge on “the whole pack of you,” it’s addressed not just to the characters on stage but to the audience as well. The moment always plays as a complicated one, but here it becomes even more so, even a little scary. Is this what humor is made of? Exposing the pomposity and private erotic imagination of a scapegoat (as if we ourselves have never been just as grandiose and self-important) so we can all be amused?

It’s exciting to see how much can be done with a bare set, a few simple costumes, and language. It is, in the end, what all the fuss over Shakespeare is about. Even teenagers and children, some in the 12-and-under set, seemed to be having a fantastic time. A classic is a classic, after all, because it has the potential to involve everyone.