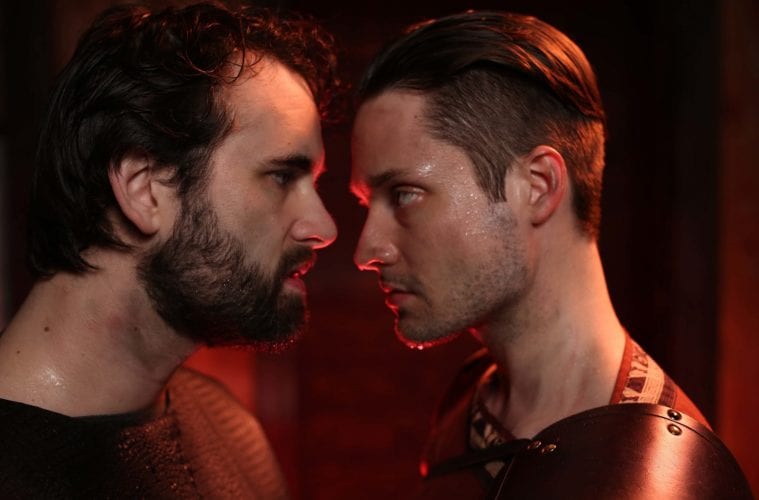 Review: The Shakespeare Tavern deftly tackles the most obscure Bard of all — “Coriolanus” 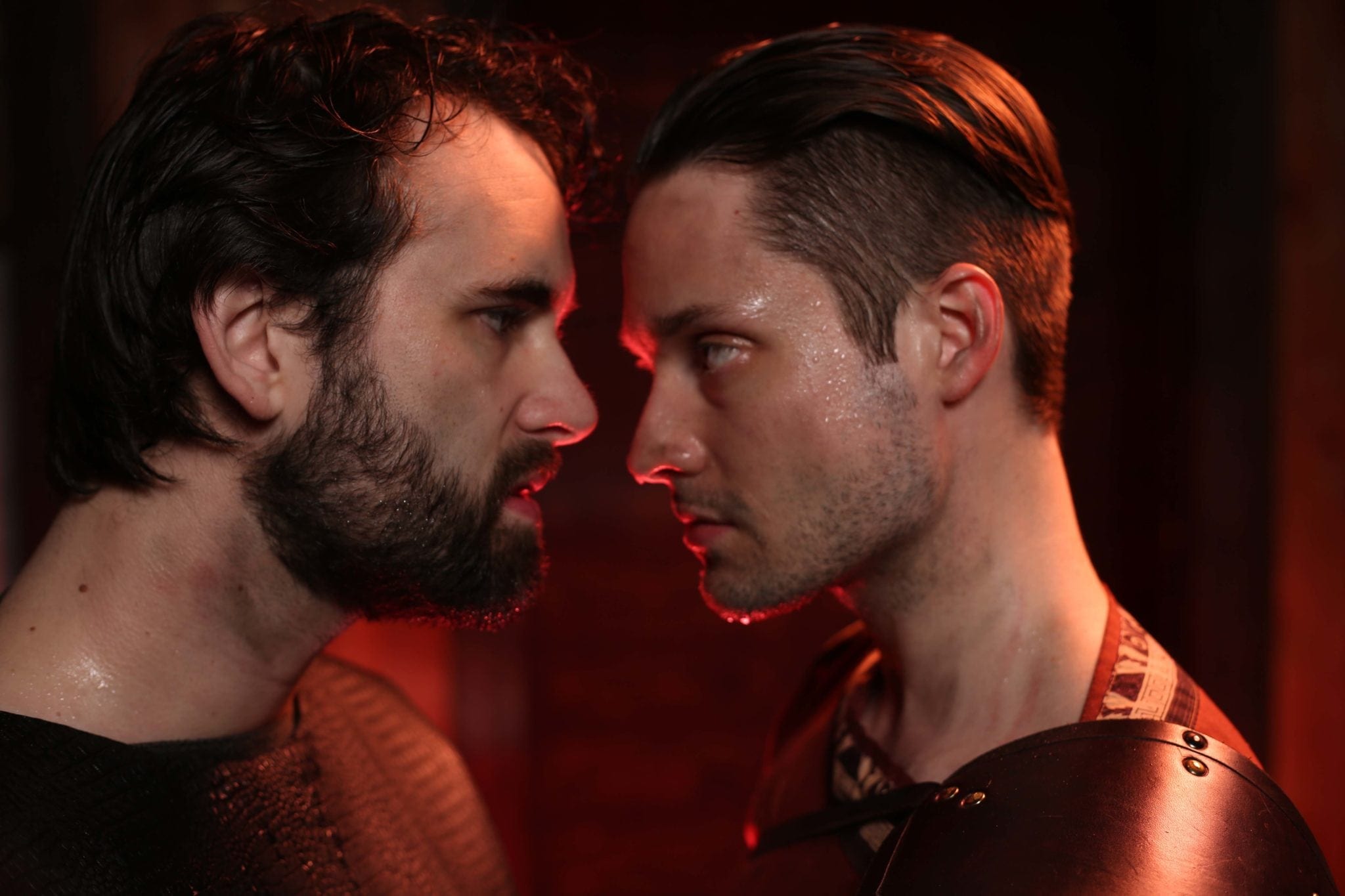 A stellar cast, led by Jonathan Horne (right), binds the play together.

It’s not as audience friendly as the Bard’s other work, either, as its naysayers declare. Nonetheless, The New American Shakespeare Tavern is diving headfirst into the tragedy in a respectable, well-cast version now running through June 14.

For those who’ve never seen it — and there’s probably quite a few, considering the scarcity at which it is staged — even the finest productions of Coriolanus could benefit from some clarity and some distinction among its numerous characters. (Actor Ralph Fiennes directed a wonderful, revisionist film version starring himself, Gerald Butler, Vanessa Redgrave and Jessica Chastain in 2011 that’s about as accessible as the tale gets).

In ancient Rome, the patrician soldier Caius Marcius (Jonathan Horne) is at odds with the people. He dislikes them and they happily return the favor. War has broken out with a neighboring Italian tribe, the Volscians, spearheaded by Tullus Aufidius (Jacob York), and when Caius leads Rome to victory, he is treated as a hero.

Asked by the Senate to be a consul, he is given the name Coriolanus. Yet ultimately his contempt rubs the wrong people. Declared a traitor, he is driven away by Brutus and Sicinius (Tony Larkin and Kathryn Lawson, respectively). From there, he visits his sworn enemy Aufidius in the city of Antium, hoping to get revenge against Rome as Aufidius prepares for another attack.

In his program notes, director Drew Reeves — a longtime Tavern performer — talks about the timeliness of the production and he’s absolutely on target in his views on how the divide between the poor and the rich in the story mirrors the current political climate.

It’s clearly a passion project for Reeves but his direction can be uneven. His Coriolanus is sturdy enough and has some rowdy battle scenes where soldiers literally dart all over and around the Tavern stage. What’s missing, though, is any real sense of pace. The first act, in particular, is often slow and uninvolving.

It’s only when Coriolanus makes his way to Aufidius’s camp that the production gets real momentum. From there it takes on a power that the first 90 minutes rarely has.

What ultimately distinguishes this version, however, is the cast. It’s an ensemble that has lots of talented actors in both major and small roles. Heidi Cline McKerley plays Coriolanus’ domineering mother Volumnia and she has perhaps the most important scene, as she and Coriolanus’ wife Virgilia (Kirstin Calvert) and son go to visit him in Antium and hasten a peaceful return. (Scholars have long called Coriolanus a mama’s boy and he certainly is prone to melt at Volumnia’s feet).

Chris Kayser, Sam Ross and Vinnie Mascola make impressions in the supporting cast, as does Kelly Criss, who perks up a few scenes as Valeria, a friend of Virgilia. As the duped and jealous Aufidius, York is a particularly vivid, fiery nemesis for Coriolanus.

Yet it’s the central figure who makes this all matter. Just as convincing as he was in Georgia Ensemble Theatre’s The Elephant Man last year, Horne captures the ambiguity of a man who’s unwavering in battle, but not outside of it; one minute a hero, the next sentenced to death. The actor is hardly a newcomer but there’s no mistaking he is on a heck of a roll now.

Kudos to Shakespeare Tavern for staging this. It’s not perfect and this take isn’t going to convert those who aren’t keen on the tragedy already. Yet the performances alone outweigh the shaky aspects of the production.