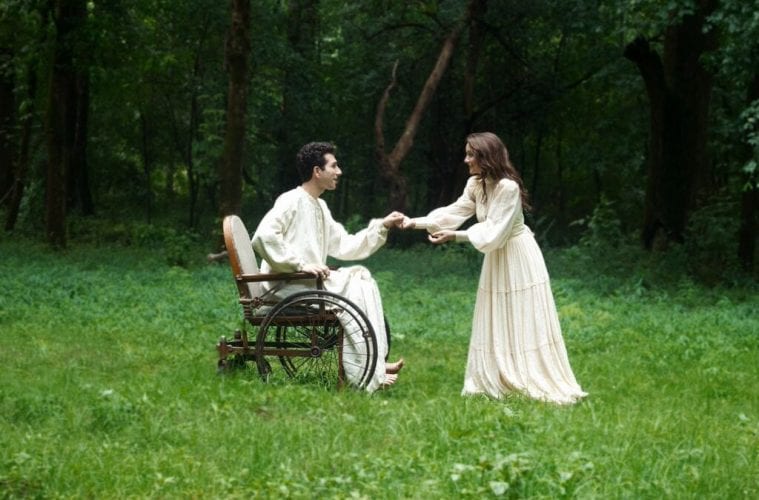 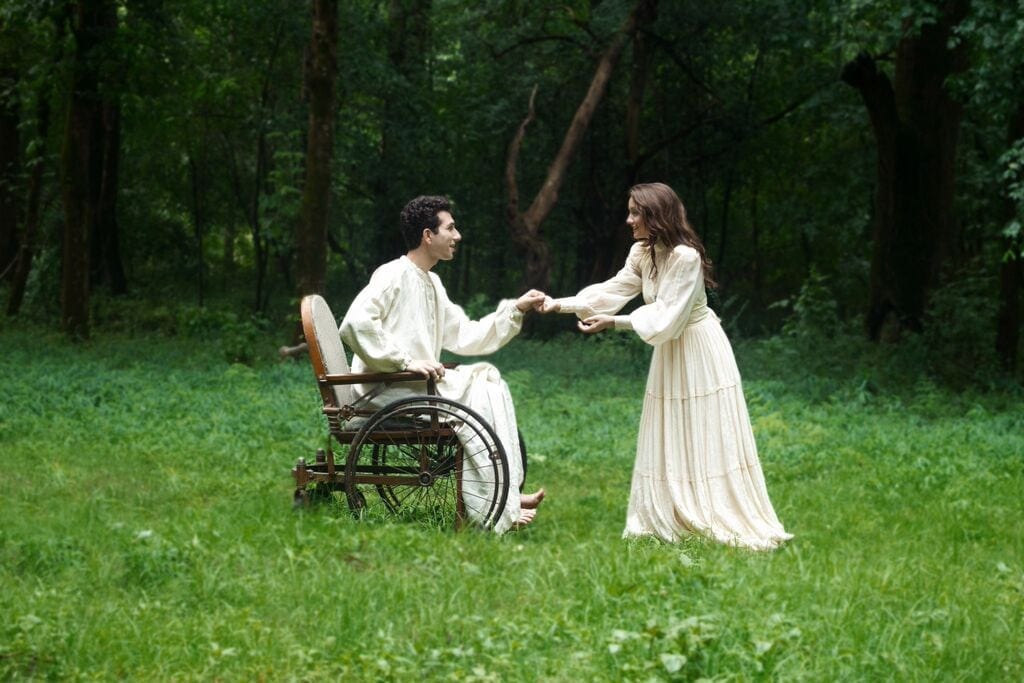 Mary Lennox, the heroine of Frances Hodgson Burnett’s so-very-English children’s novel The Secret Garden, stomps and squishes her way through the Georgia mud in an irresistibly charming site-specific adaptation currently at Serenbe Playhouse, running through August 2.

Energetic young actors from Serenbe’s Apprentice Company — mostly recent graduates from acting programs in the region — take on the lead roles in the production, and they help give the simple, sweet tale its crucial sense of magic and transformation.

The production is set in a somewhat secluded section of low-lying forest on the Serenbe property, and viewers encounter actors on their way down a long path to the performance area. (As an adult reviewer attending the performance, I felt confused and awkward interacting with the actors, but I think children, particularly those familiar with the story, will be delighted).

The performance area itself is a new garden that is still a little on the twiggy and shrubby side, but is charming nonetheless with its wood-chip paths, ferns, rustic benches and hydrangeas.

Burnett’s tale doesn’t involve magic of the literal Harry Potter kind, but it involves the magic of an interior, self-willed moral transformation, one that playwright Rachel Teagle captures beautifully in this new adaptation.

Lead actress Shelby Folks as Mary conveys that character’s initial selfishness and imperiousness, but also her uncertainty and moral disorientation, and her desire to find a better way to live in the world.

David-Aaron Roth likewise does a nice job limning the childish tyranny of the young invalid Colin, lacing it with amusing traces of irony. It’s a fine cast all the way around, and the production is especially notable for its sense of intimacy and the unhurried confidence of its narrative.

Recent rains have made the site slightly muddier than anticipated: The mud is primarily where the actors are performing, and they wear high Victorian-style button boots. The path to the seating area is still pretty muddy though, so even if you don’t have similar boots in your wardrobe,  it’s advisable to pull out whatever you have along those lines.

As the characters in Secret Garden would be quick to point out: tending a garden, no matter how lovely, always involves getting into the dirt a bit.