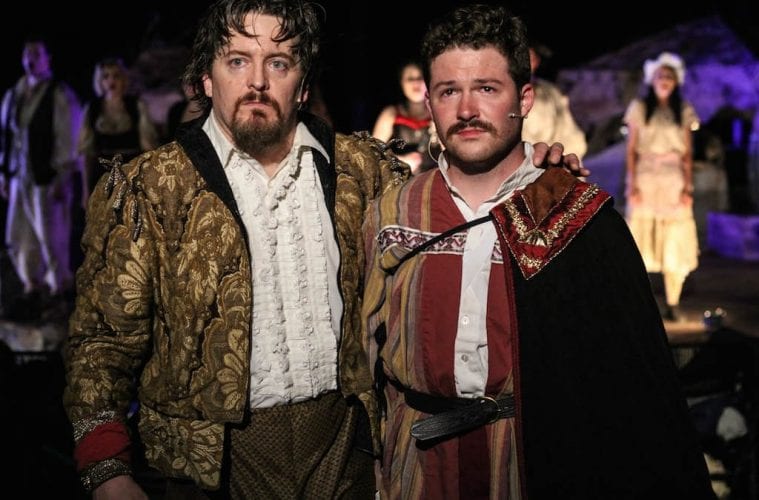 Review: For Serenbe’s “Man of La Mancha,” the sum doesn’t quite measure up to the parts 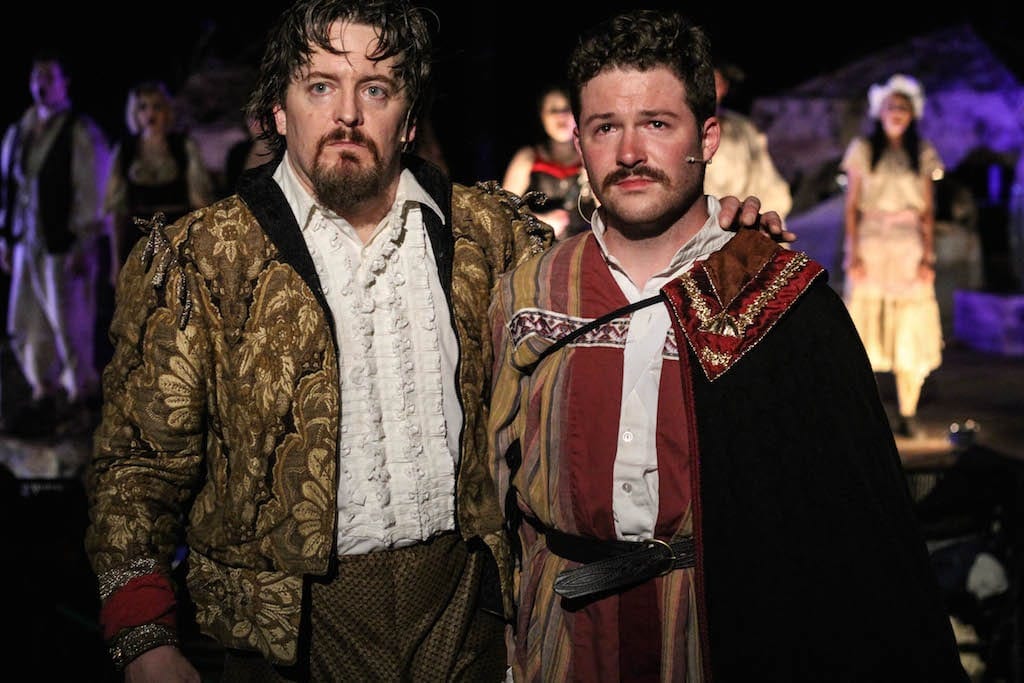 When Brian Clowdus takes on a directing gig, it’s a given he is going to want to shake things up and dust off any cobwebs. His Serenbe Playhouse, where he serves as artistic director, is known for its outdoor fare, and Man of La Mancha is the latest to get his patented environmental touch. The production has some robust performers and numbers but doesn’t quite have the highs of either the company’s Hair or last summer’s Oklahoma!

Running through April 11 at Serenbe Playhouse, La Mancha benefits from the casting of Bryant Smith. The actor, almost peerless when it comes to local musical theater, is the windmill-chasing titular character. The 1965 musical, which snagged five Tony Awards, is set in a Seville prison, where Miguel de Cervantes (Smith) and his servant have been tossed into a dungeon by the Spanish Inquisition.

After being attacked there, Miguel is given a trial by his fellow prisoners and allowed to put on a defense, which he delivers via a play. In said play he becomes Alonso Quijana, renamed later as Don Quixote, who travels around with his squire Sancho Panza (Will Skelton). Amidst all the prisoners around him, Quixote mistakes Aldonza (Laura Floyd Wood) for his true love, Dulcinea.

A company that has traditionally produced only in the summer, Serenbe staged its first winter production late last year — The Snow Queen — and this is Serenbe’s inaugural spring offering. Now in its sixth season, the company is well on its way towards year-round programming. 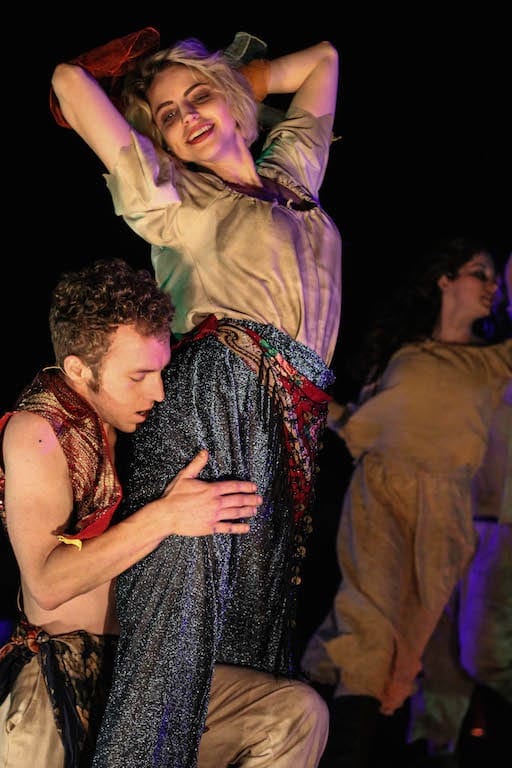 The director has chosen a neat space called the Labyrinth to stage this, tucked back in the woods at Serenbe with mood to spare, especially on a starry night. La Mancha takes place on a circular stage, steam rising up through the cracks as the musical opens, with a five-man band behind and Nick Silvestri serving as music director.

It’s atmospheric, but whether it’s the most appropriate location for this musical is debatable. While the settings at Serenbe are often as important as the characters, here the outdoor staging doesn’t seem to add much.

Unfortunately, the outdoor element had an unintended liability the night I attended — a brittle cold. It’s unfair to blame the company for an unexpectedly nippy night, but it clearly had an effect on some of the voices and the pacing.

La Mancha’s chief virtue is its ensemble. Smith is often the stand-out element of the musicals he appears in, from Oklahoma! to Actor’s Express’ Kiss of the Spider Woman to Les Misérables at Aurora Theatre. He brings requisite physicality to Quixote, and his first version of “The Impossible Dream” is near perfect.

Yet it must be said that Smith has been more interesting in other roles. The same goes for Wood. She is a passionate Aldonza/Dulcinea who can sing elegantly, but she lacks a little of the fire her character needs.

The supporting players surrounding those two, however, are mostly quite adept, combining professional performers with Serenbe interns. Particularly memorable are Daniel Burns (seen in Clowdus’ underrated production of Godspell last year at Stage Door Players) and Randi Garza, who will appear as Eva Peron in Serenbe’s Evita this summer with Smith as her Juan. Sadly, Skelton’s cheeky and campy take on Sancho doesn’t make much of an impression.

Clowdus does bring a theatrical nature to the production with fights, dramatic entrances and lighting effects. One of Clowdus’ frequent collaborators, choreographer and former dancer Bubba Carr handles a few songs, and the movement is nicely incorporated into the scheme of the production. One of the tandem’s highlights is “Little Bird, Little Bird,” in which the prisoners taunt Aldonza.

With a large cast and its play-within-a-play element, La Mancha — written by Dale Wasserman — is not an easy musical to stage. This version has some nicely calibrated musical numbers, but ultimately its individual moments are better than the production as a whole. Those new to Serenbe might eat up the experience, but those who’ve seen other musicals from the company might expect more.