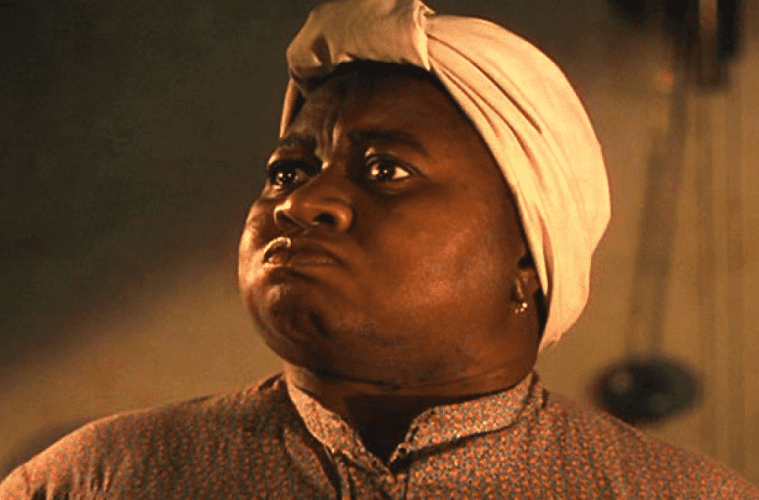 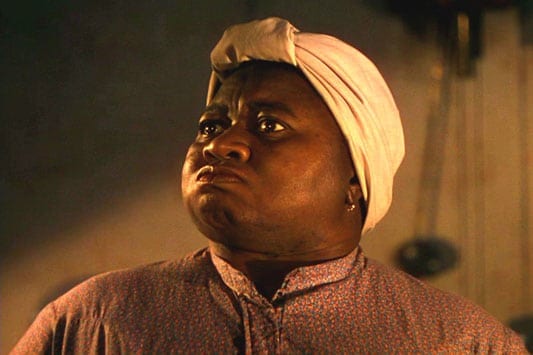 Hattie McDaniel portrayed Mammy in the film Gone With the Wind.

It’s hard to imagine why the Margaret Mitchell estate would authorize a prequel to Gone With the Wind more than 75 years after the Pulitzer Prize–winning novel’s publication. And harder still when one reads Donald McCaig’s Ruth’s Journey (Atria Books, 384 pp).

The novel, as touted by publishers, “fleshes out” the character Mammy. Prior forays into the same territory — including the prequels Scarlett, written by Alexandra Ripley in 1991, and Rhett Butler’s People, written by McCaig and published in 2007 — did nothing to burnish Mitchell’s masterpiece or fans’ understanding of two of the most beloved characters of American fiction.

To the contrary, the New York Time’s Janet Maslin dismissed Ripley’s effort as a “stunningly uneventful 823-page holding action,” while Stephen L. Carter (also writing for the Times) questioned McCaig’s wisdom in turning an enigmatic antihero like Rhett into a touchy-feely modern man whom Carter described as “actually a lot like everyone else.” In other words: overanalyzed, completely in touch with his feelings and thoroughly boring.

Add to these dubious distinctions GWTW’s complicated reputation as an apologia for America’s peculiar institution, and no one would begrudge Mitchell’s progeny for leaving well enough alone and simply riding their great fortune into the 21st century.

But why simply crash, when you can crash and burn?

The first indicator that Ruth’s Journey might be a tad anachronistic comes on the book jacket. While Mitchell could be forgiven for her portrayals of carefree, happy darkies who were content to do Ole Massa’s bidding on the plantation, there is no excuse for the description of Ruth’s “life’s calling as a wise and devoted caretaker to the women of the Robillard and O’Hara families,” as the breathless blurb promises, nor the characterization of our heroine as “a rock in the river of time, never abandoning those in her charge.” 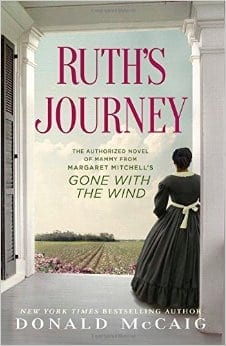 To recap, Ruth was an enslaved woman. Conflating her plight with a “life’s calling” is as offensive a characterization as it is tone deaf. Ditto the suggestion that Ruth’s “never abandoning” her charges had everything to do with personal choice and nothing to do with human bondage. That is, unless one considers running away and risking punishment — which could range from a whipping, to death by hanging — if recaptured a reasonable option.

While Ruth had no agency over her body, the potential for mining her interior life was rich with possibilities. But McCaig either failed to recognize the opportunity or didn’t think it was as compelling as other options.

Thus, the story begins as a marriage is being brokered between a pair of provincial French nationals, Solange Escarlette and Augustin Fornier, who will seek their fortune on the island of Saint-Domingue (now Haiti) as planters.

Unfortunately, the newlyweds’ arrival at the “Pearl of the Antilles” coincides with the start of a bloody slave uprising, which is how the Fourniers’ paths cross with an “erect, smiling, naked, very black girl of four or five years old.” That the little girl is smiling in spite of the carnage which surrounds her is odd, at best, but why quibble.

Augustin is immediately captivated by the child’s “buoyant charm.” (And who wouldn’t be? After all, she has just witnessed the slaughter of her entire family — “her knees and feet dipped in blood” — and yet the first words to her patron-to-be are “Welcome to our home.” After which she offers to milk the family goat Héloïse, because Monsieur must surely be hungry.)

Augustin takes the child home. Solange, who promptly falls under her spell as well, decides to keep her and names her Ruth.

Soon after, with all hell breaking lose on paradise lost, the Fourniers secure their passage on a ship to Savannah. There Augustin ekes out a living, Solange tries to decipher the social codes and protocols of her new hometown, and they start a family. SPOILER ALERT: Katie Scarlett O’Hara will inherit her grandmother’s facility for juggling marriages and widowhood with head-spinning frequency.

And what of Ruth, you wonder?

She joins her benefactors in the New World where she proves to be a linguistic savant. In spite of her cloistered existence with a pair of native French speakers, Ruth somehow masters the slave dialect within months of her arrival in Georgia.

Quicker than you can say “Great balls of fire!,” pearls like “I so happy, livin’ here, livin’ with you and the captain. I one lucky pickaninny, yes I is!” roll off the little girl’s tongue. A remarkable feat, particularly against a backdrop in which every white character — from Yankees to Charlestonians to Frenchmen — in the novel all speak the same standard American English.

Such inconsistencies aside, the biggest disappointment of Ruth’s Journey is the way the protagonist functions as a sidekick in her own drama. Ruth spends the majority of her time orbiting the Fourniers and their profoundly uninteresting peers. She is, in fact, so tangential to her own tale that, like the proverbial falling tree in the forest, readers might wonder if McCaig believed it was even possible for her story to resonate without a white person present to give it gravity and meaning.

By the time Ruth falls in love with a master carpenter named Jehu Glen (107 pages into the book) and “for the first time in her life . . . dreamed about living with someone besides Solange,” the fact that she dreams at all is a revelation. And by page 127, when Solange howls, “But who will take care of me?” upon learning that Ruth intends to marry Jehu and move to Charleston, it’s hard to imagine anyone giving a damn. 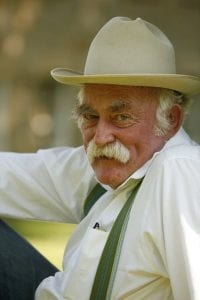 The gaping disconnect between the shadow of a girl we meet in Ruth’s Journey and the firebrand Margaret Mitchell rendered in Gone With the Wind cannot be overstated. In Mammy, readers found a force of nature who was unafraid to call out Rhett and Scarlett for “getting all rigged up like [they] were race horses” when everybody knew they were “just mules in horse harness.” She was colorful, lovable, larger than life and a formidable presence.

The Mammy of Ruth’s Journey, however, is just the opposite.

Stripped of any recognizable human emotion at the most traumatic turns in her life — including murder, an attempted rape and the sale of her daughter — the woman McCaig promised to“flesh out” actually comes across as flat and colorless. Even her first night with Jehu (in anticipation of their proper wedding) is devoid of any element of romance, dignity or grace.

The same can be said of the entire novel: a long and winding road that leads to nowhere before careening to an uninspired ending like a tape stuck on fast-forward.

No one can accuse Ruth’s Journey of being a page-turner. But if the prequel inspires the Mitchell estate to retire any future notions of digging up Ashley Wilkes, Mizz Mellie or Prissy, it will have served an important purpose in the annals of American letters.

Donald McCaig will give a lecture about Ruth’s Journey at the Margaret Mitchell House at 7 p.m., October 17. For tickets: click here.