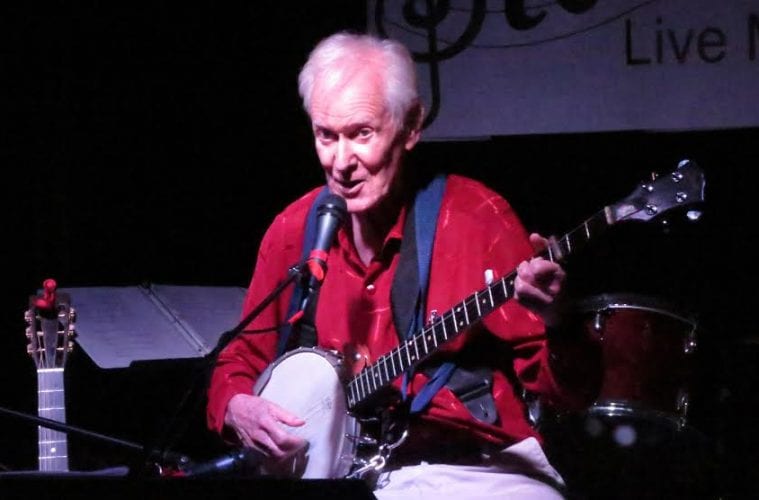 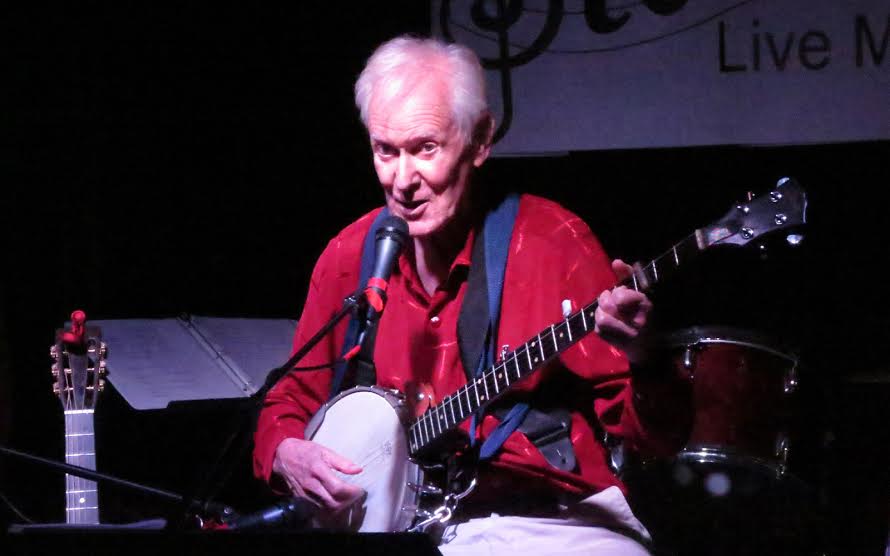 At the age of 81, Hamilton still resonates with a strong voice. (Photos by Mark Gresham)

Born in 1934, Frank Hamilton has a long-established presence in the folk music world, having been a member of The Weavers (the third person to hold the “Seeger chair”), a co-founder of the Old Town School of Folk Music in Chicago, and the house musician for the first American folk music nightclub, Gate of Horn, in Chicago’s Northside back in the folk music heydays.

During the concert, AAFFM president Chris Moser announced the establishment of the Frank Hamilton School of Folk Music in Atlanta. It is scheduled to open October 6 at Epworth United Methodist Church in Candler Park. The school will seek to replicate in Atlanta an institution and program similar to the Old Town School of Folk Music in Chicago that was co-founded by Hamilton and fellow folk musician Win Stracke.

The Old Town School, which opened in 1957, began modestly, but now has over 6,000 students, many of them children. It is noted for having helped launch careers of many notable folk music artists, including Roger McGuinn, John Prine, Steve Goodman and Bonnie Koloc.

Like its Chicago model, the school in Atlanta aspires to modest beginnings and steady, gradual growth, with guitar, banjo and fiddle lessons in group settings among its initial offerings.

Moser also announced that this concert was the final installment of Fiddler’s Green at Steve’s Live Music. Since the Atlanta Area Friends of Folk Music is a principal sponsor of the new Frank Hamilton School, the group decided it would make best sense for the monthly coffeehouse concerts to take place on the same campus. The next Fiddler’s Green concert will take place at Epworth UMC on September 19.

The series at Steve’s ended on a high note. Hamilton took up his banjo to open the first set with a groups of songs by the late Pete Seeger, including “My Rainbow Race,” “Oh, Had I A Golden Thread” and “Wasn’t That A Time?” One was immediately impressed by the 81-year-old Hamilton’s mellifluous tenor voice — one that would be expected of a much younger singer. Before putting aside the banjo, he sang a version of a traditional railroad work song, “Asheville Junction,” one of several based on the lyric “This old hammer killed John Henry; won’t kill me.” 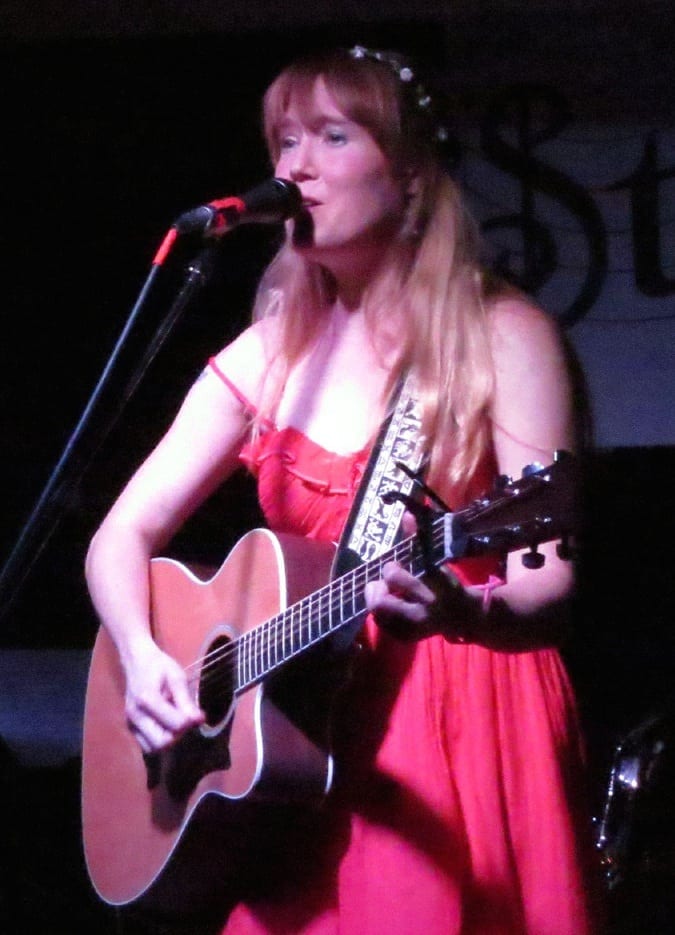 Hamilton switched to guitar to play some original songs. With the first few of those came guitar parts with richer harmonies and more interesting turns of harmonic progression. Among Hamilton’s own songs was “Katrina Blew NOLA Away,” an obvious “keeping the poor folks down” political statement in the wake of Hurricane Katrina (NOLA being an acronym for New Orleans). Hamilton offered up a different tone with “I’ll Meet You In Atlanta” — a sweetly gentle ballad that pays homage to the city and its climate.

Playing the second set of the evening, Angela Easterling made her second appearance in a Fiddler’s Green at Steve’s. Most of Easterling’s selections were drawn from her new album, Common Law Wife, which was released just the day before the concert.

While a recording makes flexible use of desired numbers of musicians, touring on a budget can be a different thing. Easterling performed her songs in duo version with long-time musical colleague and common-law partner Brandon Turner on electric guitar and vocal harmony. Easterling carried the lead vocals, playing acoustic guitar most of the time, picking up mandolin for one song. These duo versions worked well in the space at Steve’s.

Easterling has a bright, clear voice with traditional country inflections, well complemented by Turner’s vocal harmony. Her country-rooted songs are often about personal life experiences, family and that most noble of signature Southern attributes: family connection to the land and hard work over the course of generations.

The CD’s opening track, “Hammer,” especially speaks to the latter. Easterling and Turner live near Greer, South Carolina, on land that has been in her family for well over 200 years, in a house her grandfather built with his own hands. While a few songs are dark and tragic, those which set forth an underlying optimism are where her songwriting shines best.