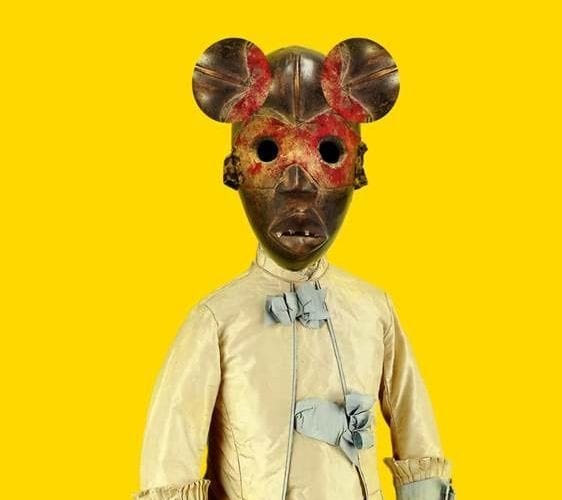 Even in our current digitally constructed and image-saturated world, traditional 2D and 3D media provide evocative vehicles for the investigation and expression of pressing concerns that are at once political and personal. So demonstrates the recent work of 11 artists selected by curator Jerushia Graham for Personal Politics: Artist as Witness, Memory Keeper & Social Conscience, at the Hudgens Center for the Arts through March 26. The show’s signage at the exhibition’s entrance indicates it was inspired by the “Black Lives Matter movement, government’s increasing infringement on civil liberties, the continued inequality of women in our society and around the world, the economic gap and the growing alienation of society from the natural word.” The signage also states Graham’s curatorial promise: “a rigorous visual dialogue” that belongs to “the larger societal discussion that shapes our world.”

The artists brought together in “Personal Politics” share the conviction that through art, they can powerfully contribute to larger social discourses that effectively shape our world.

As a suburban, middle-aged white woman, 20 years ago I might not have readily identified with African-American bodies and faces collaged into multimedia messages about their past and present, but the ubiquity of digital headlines and images today collapses the distance between their political and my personal. A half-woman/half-doe face boldly painted on a pale wood panel, Shanequa Gay’s Wild Life (2015) peers out from the corner of the entrance gallery. Calmly assertive and self-assured, the African-American and animal visages smile knowingly at the viewer. The dichotomy between these images and those of the next gallery — silhouettes of headless and hybrid human/deer forms chaotically cavorting while frightened deer dart through abstracted landscapes — lends a sinister air to the human presence. The flat shapes and muted colors of Get That Doe and Open Season (both 2015) create oddly decorative and simplified fields for narratives of violence and brutality that recall the recent deaths of helpless African-Americans like Tamir Rice, Sandra Bland and Michael Brown at the hands of white police officers. In American Pathological Optimism (APO 1) (2016), sinister human interactions get lost in a profusion of busy floral patterned collage. As part of Gay’s “Fair Game Project,” these four panels present black bodies as “endangered and hunted like wild game,” using the formal language of painting to communicate narratives about the darker side of human nature. To the left of Gay’s panels hang five white-washed assemblages resembling small, shadow box buildings. Alfred Conteh’s Authors (2014) looks like a lean-to shed, with a shingled roof and three compartments inside. In the left compartment, a baby still attached to its umbilical cord sucks its thumb in fetal position behind a feather. Folded strips bent into concentric geometric patterns crowd the space in the center and seem to spell “WE BE” in boisterous, three-dimensional letters, while more traditional circular relief patterns decorate the cornice under the roof. A pair of feet with a tag marked “X,” as in a morgue, occupies the right. Together, these can represent our journey though life, preserved and displayed like artifacts within a classical temple (or tomb), yet with a sobering reminder of the gravity of the choices one makes. On the opposite wall from Conteh’s compartmentalized tableaux hangs another series of contained assemblages: Masud Ashley Olufani’s Tight Packers: Excerpts (2015) includes 19 opened sardine cans hung on the wall, each filled with a black man’s face staring blankly forward and a serial number stamped into the rolled back top hanging below. Drawn in graphite on wood panels, the faces resemble mug shots of incarcerated prisoners — a disproportionate number of whom in this country are black. The tightly packed compartments reference deplorable conditions on slave ships that carried the ancestors of many African-Americans into bondage. Above the sardine cans, Olufani has written a poem in pencil, on the wall: “…renunciation of spirit — a declarative statement … the number that blots identity … thug, criminal, chattel, buck, and yes, you have been here before…” However, his poem ends with hope: “…and yet each one a universe — each one a constellation of possibilities — each on a promise.” In his statement the artist explained, “I still believe in the transformative potential of art; that in spite of the undertow of our overly materialistic society the power of artistic expression rests in its ability to lift the spirit and inspire new ways of seeing.” Like the other artists in this exhibition, Olufani feels a “profound sense of responsibility” to use his creative voice to address racism, materialism and social injustice, and to question harmful societal assumptions, and despite “the increased mechanization of art production” that he cites in our contemporary world, he privileges the “craft and the slow methodical realization of an idea in visual form.”

The faux stained glass pendants of the Statue of Liberty (with Arabic writing) and a martyr’s cross with Abraham Lincoln by Drék Davis challenge mainstream American society’s “idol worship” of historical symbols and individuals despite complete disregard for the ideals upon which they stood. Carlton Mackey juxtaposes slave autobiographies and photographs from the Mississippi Federal Writers project with photos of living African-Americans, as a “creative reimagination” of Maya Angelou’s poem “Still I Rise” that ends, “Bringing the gifts that the ancestors gave… I am the hope and the dream of a slave.” Mackey’s pairings remind us that by living, these anonymous individuals are the “physical embodiments of someone’s ’hopes and dreams.’” Jessica Scott-Felder’s digital collages that explore racial and cultural ambiguity through visual hybridity, like the work of each artist in this exhibition, demonstrate that late 20th-century predictions of the end of traditional fine “art” practice at the dawn of digital culture were simply wrong.

The artists of “Personal Politics” are not interested in conveying a universal essence, but their emphatic treatments of particular concerns is compelling and well worth the trip for Atlanta audiences.