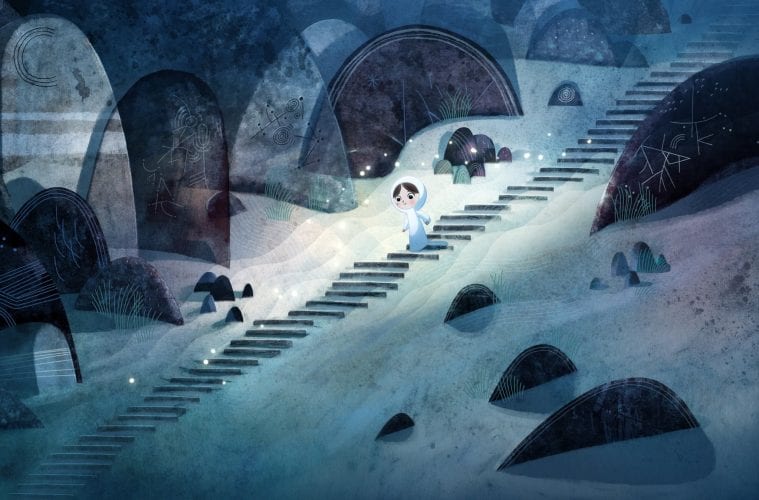 One of the animated features that unexpectedly bumped the much-loved Lego Movie off the Academy Award’s nominations list represents a surprise that’s basically happening a second time. Five years ago, the Irish title The Secret of Kells had folks scratching their heads, wondering if the “secret” was that that little-seen movie even existed. One of that film’s two directors, Tomm Moore, repeats the trick with his new, second Oscar nominee, Song of the Sea.

The Academy’s animation nominees are selected initially by professional animators. Word has it they tend to select films on the strength of their artistic craft, rather than their overall crowd-pleasing prowess or box-office power. That makes sense with Song. Like Kells, it’s a gorgeous, Celtic thing of hand-drawn animation. And, like Kells, it centers on Irish folklore that can seem exotic, knotty, even a bit arbitrary. The newer film, though, has a stronger, more engaging last act than its predecessor.

If you know John Sayles’ 1994 gem The Secret of Roan Inish (and if you don’t, you should), part of the story here will be familiar. It’s a tale of selkies, those mythological beings who are human on land, but become seals in the ocean. We meet an Irish family perched between the misty legends of the old world and the scrappy urban realities of the present. Dad is a lighthouse keeper, and his wife is pregnant with their second child. Young son Ben eagerly awaits the birth of his baby sister.

But, well, things go wrong. Six years later, the boy spends much of his time overseeing his sister Saoirse, who hasn’t begun to speak yet, while dad continues to mourn the loss of his wife.

Enough is enough, says their granny — especially alarmed when Saoirse is discovered swimming one night with seals in the sea. She packs the kids in her car and takes them with her to live in the city. Not for long, though, as Ben determines to find his way back home.

His escape plan alters when both he and his kid sister get waylaid by a trio of sí, or fairy men, most of whose own kind have been turned to stone by an Owl Witch. The witch is also responsible, eons ago, for petrifying her own giant son, transforming him into a craggy island near the kids’ lighthouse. Oh, and by the way, these magical fairy gents reveal that Saoirse, like her departed mother, is a selkie. And only by Saoirse’s singing the “Song of the Sea” can the fairies and their fellow supernatural brethren depart from this world.

Yes, it’s complicated and culturally unfamiliar, but easy enough for most kids to follow. If they get lost in the plotting, the movie delivers enough eye candy and charm in the form of Ben’s lovable dog, Cú, to keep them entranced. Some of the splendid visuals — like the comically bulbous Owl Witch or the phantom hounds that fly Cú and the kids home to the lighthouse — have the mix of grace and strangeness that mark the work of Hayao Miyazaki (Spirited Away).

Ultimately, Song of the Sea is not as transporting as any of the masterpieces from that Japanese animating legend. But while 2010’s The Secret of Kells impressed me visually but left me emotionally cold, Song’s last half hour has real dramatic stakes. The film movingly binds together the fate of the fairy world and that of this fragile human family.