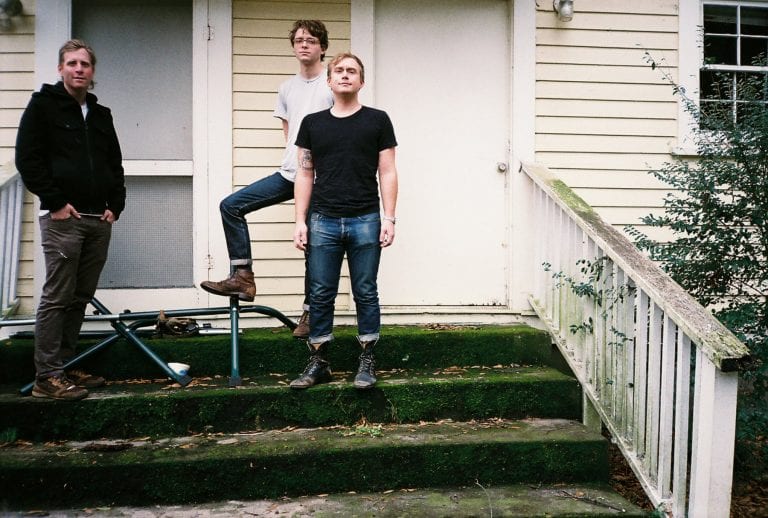 Review: Don’t call them surf rock – Omni’s impressive instrumentation and tight grooves are entirely their own

This past Friday The Earl played host to a bill that upon first reading had some unexpected surface details: The headlining act was the Pylon Reenactment Society — essentially a cover band of the seminal early 1980s Athens band featuring Pylon singer Vanessa Briscoe Hay. One throwback often deserves another, so PRS was matched with Dressy Bessy, a fellow Athens band and former member of the Kindercore Records stable (a different generation of Athens’ heyday), who just released their first record in seven years, one that involves guest spots by a spread of historic characters, some Athenian (R.E.M.’s Mike Mills and Peter Buck) and some not (Andy Shernoff of NYC’s proto-punk band The Dictators).

A surprisingly appropriate opener for the show, however, was fairly new Atlanta band Omni, a band that began life as Landline, and which sprang a little over a year ago from the remains of Carnivores. Omni keeps two members from Carnivores — singer/bassist Philip Frobos and drummer Billy Mitchell — along with guitarist and sometime Carnivores collaborator Frankie Broyles (formerly of Balkans and Deerhunter). Omni also stays consistent with Carnivores by retaining a few of the same micro-threads of influence, most notably an occasional subtle hearkening to surf rock guitar.

But that hearkening to surf guitar — which is a reference that is nearly explored to death, and even in Carnivores was a neatly woven element of the vibe rather than the entire show — feels less obvious still with Omni, and may now simply be background to other preoccupations, like late 1970s post-punk (think Television) and the weirdo end of early ’80s new wave, bands like Devo and — yes — Athens bands like Pylon, all of whom made references to surf guitar in their own subtle ways.

But don’t imagine that Omni is at all a surf rock band, any more than Television or Devo were. They are, at their heart, a very tightly arranged groove band with attractively composed songs and impressive instrumentation. Broyles’ sheeny guitar work is less interested in chords than in leading lines that overlap upon one another, resulting in occasional chords but more often feeling like square-shaped, single-note patterns, sweetened by an intermittent chromatic note or two, and fleshed out with very early-1980s use of a chorus pedal. Frobos’ bass — which, in spite of being finger-plucked rather than picked, is still highly percussive — provides a melodic frame in which Broyles can work. Frobos’ vocals are more like aloof chants or calls than actual singing — another hallmark feature of post-punk and weirdo new wave. They are spot-on in that sense, but they aren’t the melodic thrust of the songs. The intertwined bass and guitar serve that purpose, so that Frobos’ vocals are more like a unifying adornment. Like any good groove drummer, Mitchell is steady and pocket-minded, rather than flashy or wild.

As much conscious mining of the past that currently tends to occupy artists — and Atlanta bands seem to have a particular expertise in the field of reference-bred, recombinatory genre building — it’s rare to encounter a band that both wears their various references proudly and at the same time carves out a living sensation between all of them. In that way, what Omni does feels more like honest influence than the bare cuteness of reference. Although the songs are fun, danceable even, the skill Omni shows with their instruments betrays a certain level of serious musicianship, making a real commitment to the sound very obvious, and pushing it beyond simple, overt borrowing or genre flag-flying.

If, two weeks ago, you had asked me whether we need either more surf rock references or another band borrowing from the early 1980s, I would have said certainly not. And I still don’t believe that’s what the world needs. Instead, the world needs interesting songs that are impressively performed. And that’s exactly what Omni gives us.