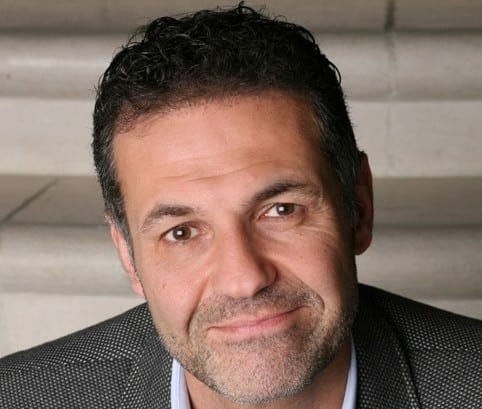 Review: Khaled Hosseini finds light amid darkness in masterful “And the Mountains Echoed”

The Kite Runner, Khaled Hosseini‘s 2003 debut novel, became an unexpected best seller and a feature film. Many attributed its success to increasing American curiosity about Afghanistan. It certainly didn’t hurt that it was a beautifully told, compulsive read about tests of friendship between a rich boy and a poor one. Then, defying the proverbial “sophomore slump,” Hosseini’s second novel, A Thousand Splendid Suns (2007), which follows two women in Afghanistan over several tumultuous decades, earned critical and commercial success as well. Now, And the Mountains Echoed (2013, Riverhead Books), Hosseini’s finest and most ambitious novel, proves once and for all that the Afghan-American doctor is easily one of the most masterful storytellers of our day.

It might be called a novel told in stories; each of the exquisitely crafted nine chapters could easily stand as a separate short story. They are linked by shared characters and themes, which ricochet and reverberate to form the wondrous echo chamber of the whole.

The book begins with a beautifully rendered fable, told by an unknown narrator, concerning a div, or monster, and child sacrifice. It sets in motion the novel’s major themes: hard choices, economic realities and, above all, personal accountability. This is followed by a quiet but completely devastating chapter, “Fall 1952,” about a pair of star-crossed siblings. Subsequent chapters offer clues to their fates, culminating in the book’s heart-wrenching denouement.

Spanning 60 years, from the 1950s to the 2000s, all the stories explore similar issues: rural versus urban life, disfigurement and handicaps, dependence and abandonment, disease and death, and sibling as well as parental rivalries and loyalties. Yet each story makes the themes its own through its characters, be they a flamboyant actress who finds her serious child a burden, a national poet who feels let down by her mathematically inclined child, a self-reliant man who finds himself forced to rely on the goodness of his handsome domestic help, or a severely disfigured girl who is dependent on what can be the fickle kindness of strangers.

Whereas Hosseini’s first two novels focused on injustices caused mainly by outside circumstances, this third concentrates on hurts delivered by family and friends, hurts perhaps harder to bear because they are inflicted by loved ones, as experienced by Nila in the chapter “February 1974”:

“What I can tell you, however, is that no one was touting me in Kabul. No one in Kabul considered me a pioneer of anything but bad taste, debauchery, and immoral character. Not least of all my father. He said my ramblings were the ramblings of a whore.”

But And the Mountains Echoed is not just dark and depressing. There is light within each story, a light constantly nudging the reader to believe that no matter how broken the characters, no matter how alone a human being may essentially be, somehow every life manages to go on, if only to realize that happiness lies in the small things. This is hardly a groundbreaking philosophy. But the book delivers universal truths in prose so elegantly lyrical and powerful, and emotions so simply stated and convincingly shown, that the reader believes in the possibility of triumph over formidable odds.

Hosseini widens his canvas from the settings of his first two novels — Afghanistan, the United States and Pakistan — to include a bustling Paris and a sleepy Greek island. This expansiveness is also reflected in his wide choice of characters: chauffeur, day laborer, warlords, village women, humanitarian workers, artists, photographers, doctors, musicians, mathematicians, poets. It is to the author’s credit that no matter how repugnant a narrator’s motives, the reader remains interested in his or her fate.

My favorite characters are the luckless Parwana, who watches in dismay as life seems to work out for her gorgeous twin; Adel, a warlord’s privileged son, who comes of age through a passing friendship with a boy grown up in the refugee camp Jalozai; the sensible Amra; the rakish Timur and Nabi, a chauffeur who rises above his station even as he hankers after his boss’s wife, Nila, herself an excellently rendered half-Afghan, half-French woman born into an age where she is expected to toe the line.

The reader will be loath to leave each narrator behind until becoming, within a few paragraphs of the new story, enamored of the new narrator. Hosseini also adds variety by employing different modes of storytelling, from epistolary to interview to fable, superbly and seamlessly blending the disparate narratives into one another. His writing has strengthened over time, and this novel is devoid of the melodramatic moments found in his previous ones. Hosseini is not a political writer; one of the criticisms of his previous novels is his ambivalence, if not complete silence, about American policy and actions in Afghanistan. Not a single character in And the Mountains Echoed is a soldier, let alone an American soldier; most are foreigners or Afghan expatriates come to rebuild the country. Hosseini seems simply uninterested in those who fight with weapons, concerned rather with those who claim hearts and minds with good deeds. But, while this book continues Hosseini’s political neutrality, there is a lot more mention of American involvement.

“Spring 2003” is an outstanding story of noble intentions. The reader is introduced to Amra Admovic, a worldly Bosnian nurse; Roshi, an Afghan girl who has suffered a terrible tragedy; and the Bashiri cousins, Timur and Idris. Each character is a brilliant study of what it means to be a caring individual, but it is Amra who, in the space of a few appearances and brusque lines, stuns with her hope in humanity no matter what callousness she has witnessed. The quiet climax of this story is one of the finest in the book.

In “Spring 1949,” a devastating love triangle, the reader will root for the splendidly conflicted Parwana as she makes one fateful decision after another. And the sassy Gholam in “Summer 2009” will capture the reader’s heart with both his wisdom and his trickery.

This novel will make you believe, if only for a moment, that though there is bitterness in the world, there is also goodness and kindness and that it resides in you. A stunning and unforgettable novel of how the past designs the future, and how ultimately each person has to live with his choices, And the Mountains Echoed is a must-read.

Khaled Hosseini will speak at 7 p.m. Sunday, June 13, at the First Baptist Church in Decatur, sponsored by the Georgia Center for the Book.