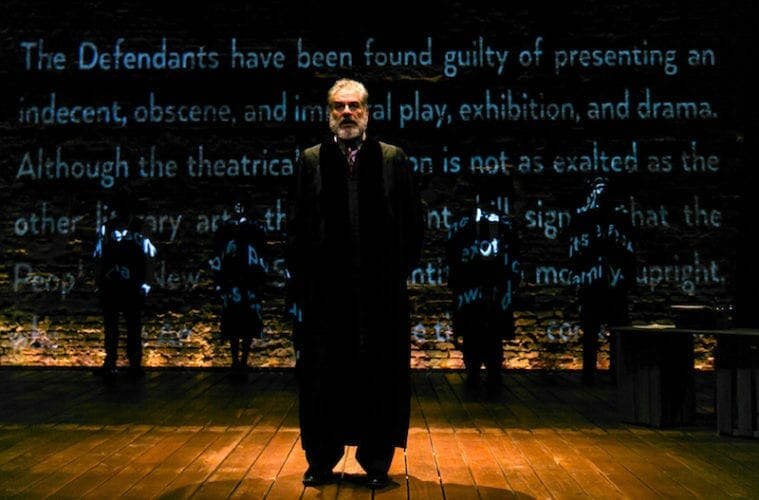 Judge McIntire (Clayton Landey) reads the guilty verdict at the obscenity trial depicted in Paula Vogel's "Indecent." The verdict says that "although the theatrical profession is not as exalted as the other literary arts. . . . The people of New York state are entitled to morally upright, wholesome American drama." See "Indecent" through March 29. (Photos by Jake Pearce)

Celebrated playwright Paula Vogel’s Indecent cheekily calls itself the “true story of a little Jewish play.” As anyone familiar with Vogel’s body of work may suspect, this piece of theater is far from “little” in its core subject matter: anti-Semitism, xenophobia, genocide, the definition of art, freedom of expression and censorship. Theatrical Outfit’s sublime new production of the drama runs through March 29.

Vogel isn’t one to shy away from an opportunity to challenge preconceived notions of how to discuss and portray difficult topics. Her 1992 work The Baltimore Waltz is an often broadly comic satire about HIV/AIDS and grief. And her masterpiece, How I Learned to Drive, which won the 1998 Pulitzer Prize for Drama and finally reaches Broadway in April, is a darkly funny, disturbing and poignant tale about incest, sexual abuse and trauma.

“If people get upset,” Vogel once said, “it’s because the play is working.” 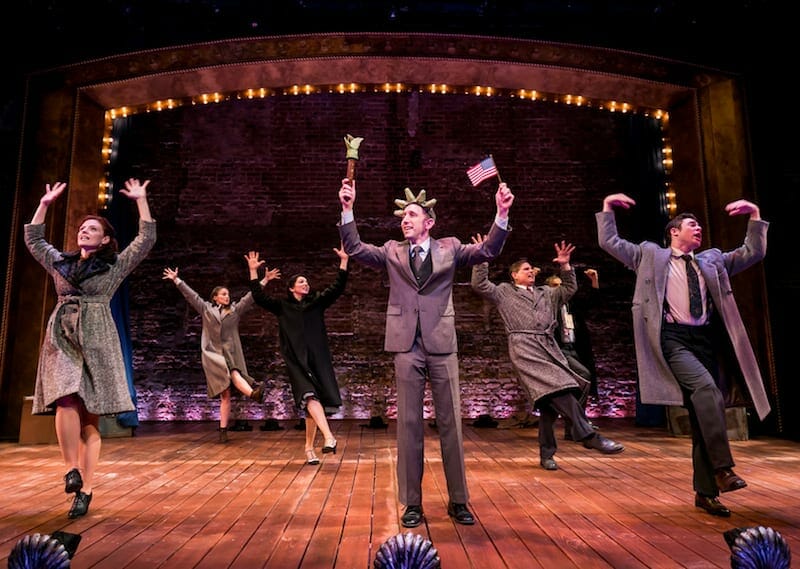 The multitalented “Indecent” ensemble embodies dozens of diverse characters who dance, sing and play instruments. This number talks about the assimilation of Jewish immigrants in America.

Indecent proves her point. This “play within a play” resurrects and re-examines Polish–Jewish scribe Sholem Asch’s controversial early-20th century work God of Vengeance and, in doing so, makes a convincing case for why art must push boundaries.

Asch’s God of Vengeance had a successful run in Europe before making its way to Broadway, where it was immediately picked apart and censored, with crucial scenes cut and dooming it to failure. Its calamitous 1923 opening was attended by audiences and law enforcement. It closed six weeks later. The entire cast, producer and the theater itself were found guilty and held accountable for what the New York judge decried as “an indecent, obscene and immoral play, exhibition and drama.”

God of Vengeance was controversial for several reasons, largely that it defied the expectations of the average, everyday, WASP-y Broadway patron. It was set in a brothel and contained, at its center, a tender love story between two women. (It holds the distinction of introducing the first romantic woman-to-woman kiss on a Broadway stage.) 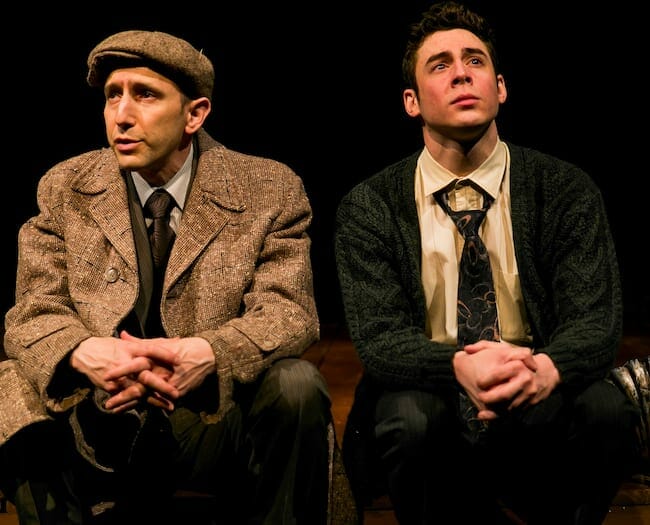 In Indecent, the young, naive and idealistic Asch (embodied compassionately by Brandon Michael Mayes) declares at his drama’s first read-through that his mission is to create Jewish characters who are “complex human beings,” not just paragons of virtue as his peers might prefer. Dread and horror hang over the early scenes, and we know full well that the near future will bring the Holocaust, among the worst genocides in history with 6 million Jews murdered.

Under the precise and confident direction of Mira Hirsch, this multitalented ensemble breathes life into dozens of diverse characters who dance, sing and occasionally play instruments. It speaks volumes about the caliber of director and cast that as this expansive story charts its way from 1907 through the 1950s, the transitions and leaps in time are never lost, nor are the rapid switches between characters. In this way, it’s not unlike Theatrical Outfit’s mesmerizing September staging of The Laramie Project.

Smaller characters who flicker only briefly on the stage, and whose story lines come and go in the blink of an eye, are imbued with depth and originality. The actors change from role to role as an impressionist painter might, needing only to add a few brushstrokes of color here and there to evoke the vibrancy of real life.

The entire cast is glorious, but several performances stand out. Andrew Benator brings a quiet, understated fire to Lemml, the Stage Manager (whose narrative role may be a wink at the well-known Stage Manager from Our Town). And the chemistry between Stephanie Friedman and Christina Leidel, the two romantic leads from God of Vengeance, is electrifying. 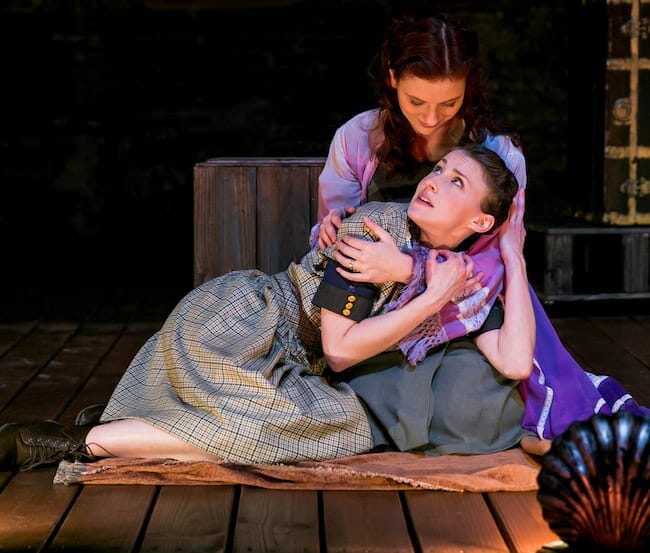 The last few images of the 105-minute (no intermission) staging will stick in your mind for some time. As Indecent builds toward its climactic final moments of haunting beauty, defiant love and art, you’ll be reminded that empathy and creativity are sometimes our only means of survival.

This is the kind of show that will leave you moved beyond words, frozen at the precipice of tears and reeling. It’s also, sadly, as timely and relevant as ever — a much-needed jolt of audacious free speech in 2020, as bigotry in all its ugly forms continues an alarming ascent within mainstream political discourse, fueling a rise in white supremacist groups and violent acts of hate.