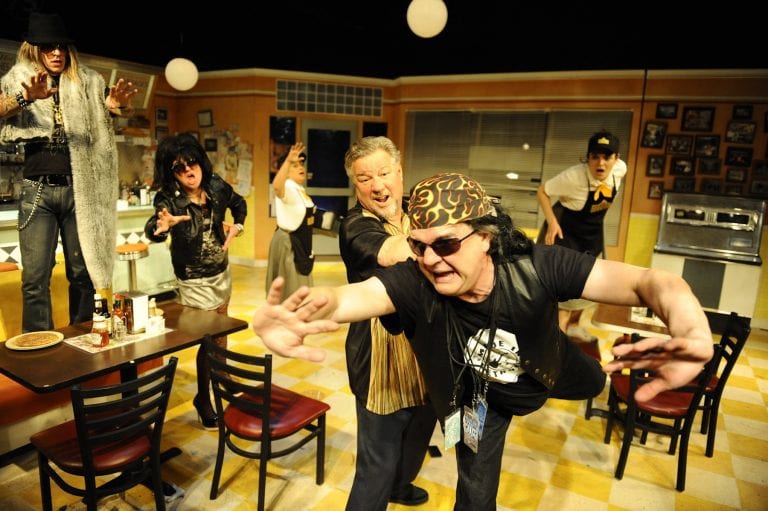 Review: Horizon’s “The Waffle Palace” serves up a special in need of salt and pepper, extra sauce 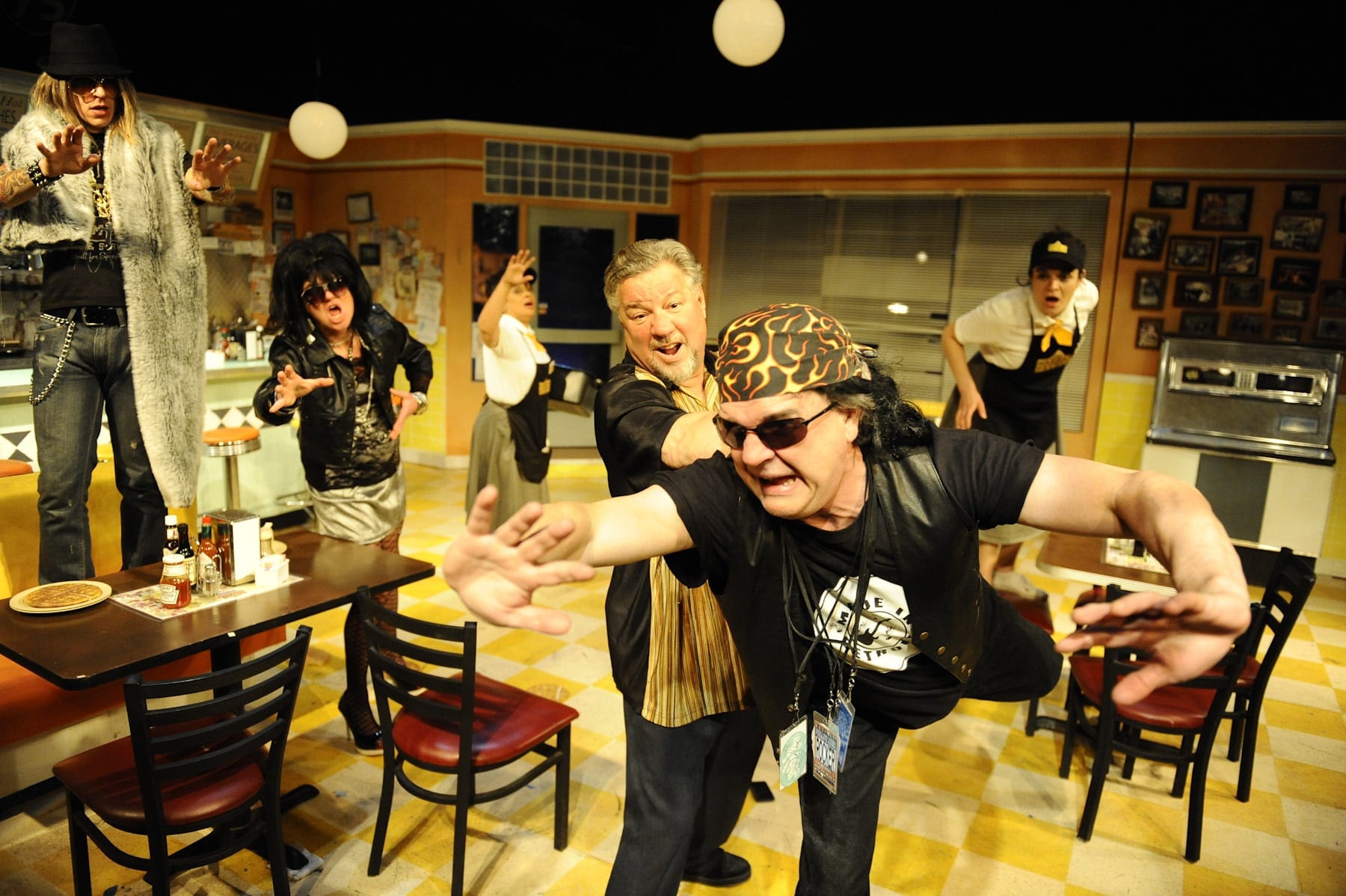 With its mix of new waitresses learning the ropes, seasoned employees who’ve been there since the Eisenhower days, cooks who can fry eggs while juggling and a melting pot of patrons popping in throughout the day and evening, a 24/7 diner would seem to be an inspired locale for a comedy.

Playwrights Larry Larson and Eddie Levi Lee plop The Waffle Palace right in the heart of an all-night eatery, but what ensues never lives up to its potential or location.

Clearly inspired by the iconic Waffle House, The Waffle Palace — running through March 8 at Horizon Theatre — is inspired by real life events the playwrights have read about. At heart, though, the central dilemma here is a bit square, taking place over several early mornings at the establishment.

The restaurant’s owner, John Pickett (Larson), and his staff are trying to keep his Waffle Palace open. Located in Midtown, the place has seen a sharp decline in traffic while Atlanta’s 14th Street bridge closes amid construction. During all this, developers want to swoop in and take over the establishment. John is resistant, although the offers are tempting.

His employees include longtime waitress Connie (Marguerite Hannah), her cook son (Dane Troy) and new hire Esperanza (Maria Rodriguez-Sager), who is trying to learn exactly what the phrases “smothered, covered and scattered” mean. While learning the hash brown ropes, she is pursued unexpectedly by a love-struck patron (Allan Edwards).

Patrons wander in and out, including regulars and those out late and hungry. Two of those regulars — a couple — think  they have found Bigfoot and bring him in to show the staff, while musicians recount a rowdy night out that eventually involved a taser. In all, seven actors, including LaLa Cochran and Eric Mendenhall, flesh out 22 characters.

The Waffle Palace looks amazing. The set and costumes by sisters Isabel A. Curley-Clay and Moriah Curley-Clay precisely capture the feel of a real Waffle House, from the menus and stools to the colorful and appropriate staff garb. Unfortunately, the set is one of the only attributes that really stand out.

As directed by Lisa Adler and Jeff Adler, the production has a supporting cast who wear many hats. The actors are all affable, with Larson, Hannah and Rodriguez-Sager the only ones not playing multiple characters. Mendenhall, Edwards and Cochran take on so many roles it’s a little surprising that they can keep track of them all.

Yet it’s all a bit stale and safe. It’s an odd show that stops often for sequences such as a rap song by the musicians, a dance routine and a gospel number spearheaded by a drag queen. Ironically, those moments are often more diverting than the interaction inside the restaurant. In one inspired moment, Cochran’s aggressive developer becomes a devilish, tempting creature and leads a song.

A playwriting team who have been working together for almost 40 years, Larson and Lee had a sizable success at Horizon with their Charm School back in 2007. The two have developed The Waffle Palace as part of Horizon’s New South Play Festival. They want this to be a big-hearted, goofy comedy but it’s ultimately not terribly interesting.

Horizon Theatre has turned this into what appears to be a franchise. This is the third staging, after its world premiere in 2012 and encore the following year, with some tweaks. While the company’s Christmastime The Santaland Diaries is a show that seems timely and welcome every season, The Waffle Palace just seems like filler.

Sadly, despite the quality service its staff provides, this is not a restaurant most would return to. A typical night at any local Waffle House location is likely to have more energy and liveliness than this.