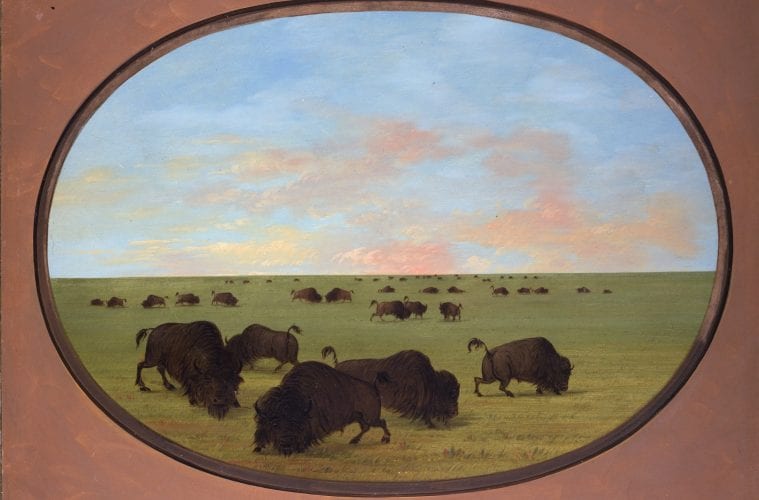 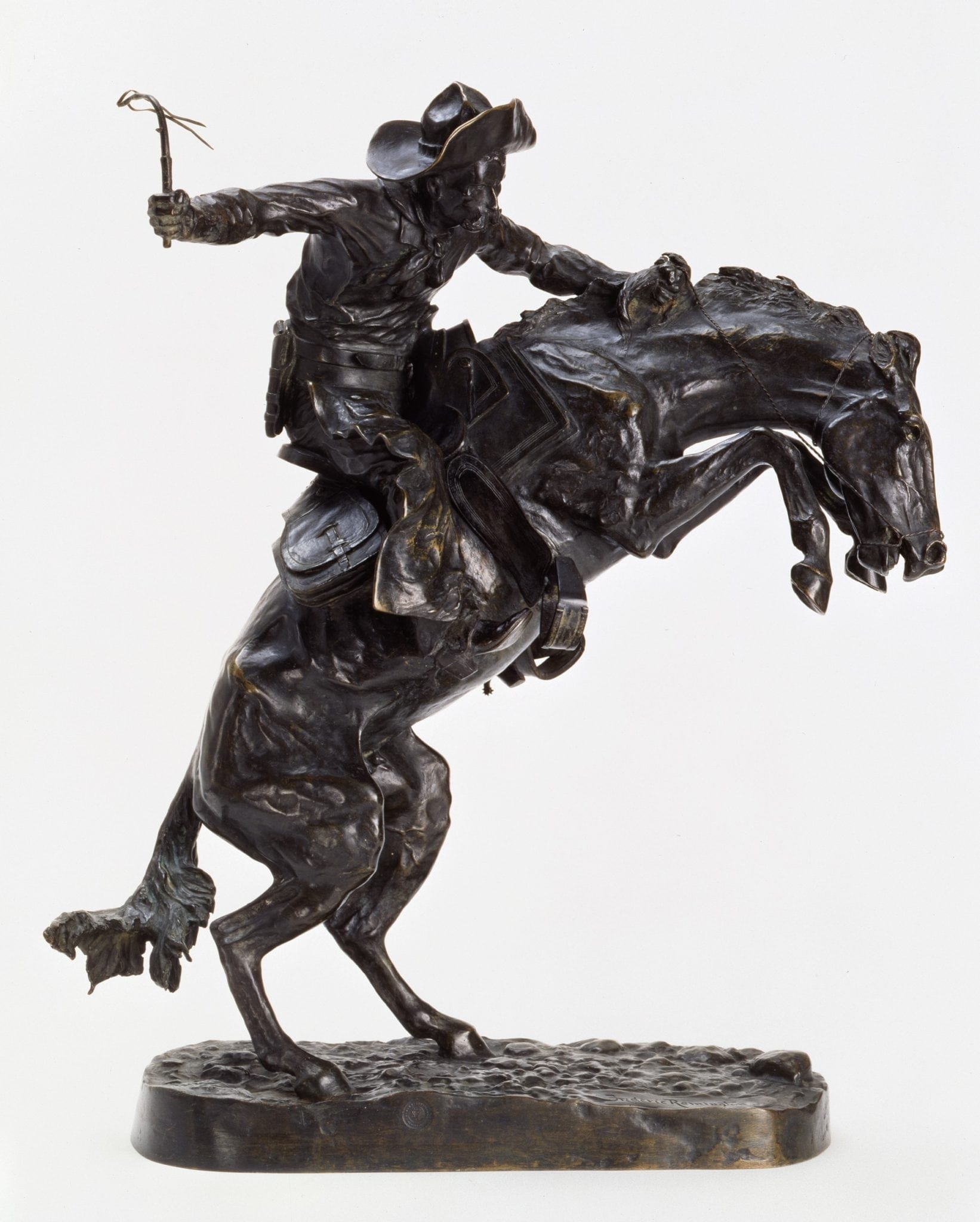 Mention Western art, the genre featured in the High Museum’s “Go West! Art of the American Frontier from the Buffalo Bill Center of the West,” and you are likely to encounter enthusiasm and disdain in equal measure.

There are those who are attracted to both the accessibility and the content. The artists, Rockwells in spurs, speak in a visual language that requires no translation, and they tell stories familiar to us from Hollywood westerns, television series and literature. (Evidence of their abiding appeal rang my doorbell on Halloween: a little girl dressed as Laura from Little House on the Prairie.)

There are there are those who find sculptures of bucking broncos or sentimental depictions like “Madonna of the Prairie” (a face framed in the halo of light pouring in through the back of the covered wagon) a bore, more illustration than art, and the stories clichés. 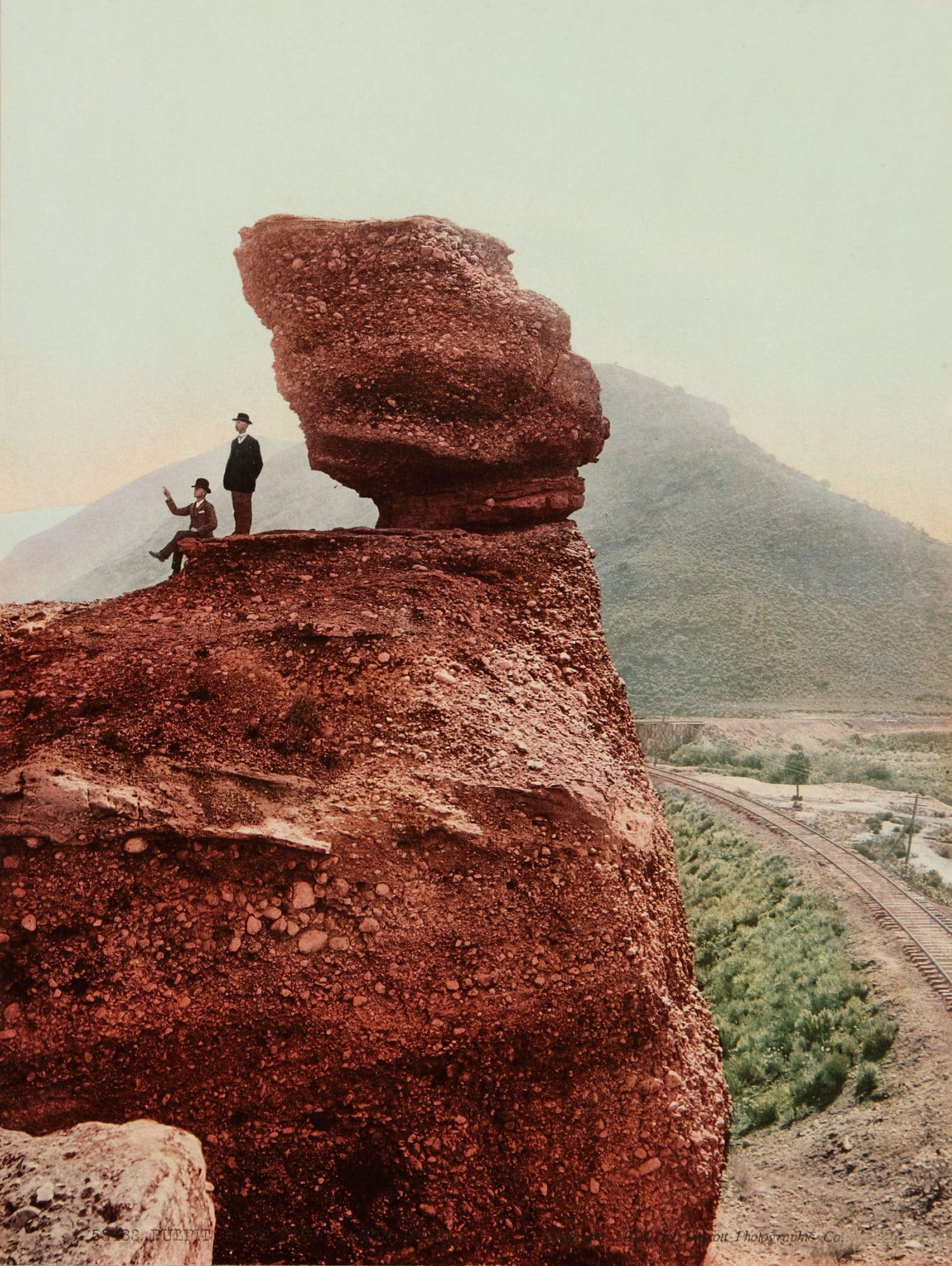 Its 257 objects include exquisitely beaded native American artifacts, Albert Bierstadt’s and Thomas Moran’s magisterial landscapes and the historic mammoth plate photographs of Carleton E. Watkins and William Henry Jackson, and its able curators — the High’s Stephanie Heydt and Mindy Besaw of the center’s Whitney Gallery of Western Art — have shaped the material to not only chronicle the saga of the West but also dissect its mythology. It’s a fascinating slice of our social history.

Ever since Lewis and Clark returned from their historic expedition in 1806, the West, or rather, the notion of the West, has loomed large in the American psyche. The physical expansion became a metaphor for America as a wide open space of opportunity as well as its growing might. The stories of discovery, adventure, hardship and settlement are foundation myths, and the characters – the pioneer, the cowboy – join the Pilgrims as embodiments of the national character: self-sufficient, adventurous, entrepreneurial.

Manifest Destiny had a dark side, of course. Our treatment of Native Americans spat in the face of our democratic ideals. “Go West!” underscores the role that artists played in shaping perceptions of the West and Native American culture, both for good and ill. 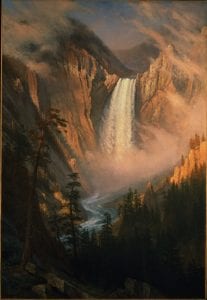 Some artists found the subject utterly fascinating; they were thunderstruck with the vastness of the plains and glory of the mountains, say, or enamored of the rugged life and the characters they encountered.

Others saw it as a business bonanza: the US. Government, which was documenting Indian life, was a potential patron, as were consumers eager to pay admission to see the “Indian Galleries” that toured the country. Performance artists avant la lettre, some donned cowboy gear and even invented a cowboy biography while painting safely back East.

Whether the artists were expressing their own feelings or giving their audience what they wanted, they reflected and reinforced cultural assumptions of the day, creating an iconography that has abided into the 21st century.

One example is the arc of attitudes toward Native Americans. Paintings by Alfred Jacob Miller and George Catlin reflected the initial view of the Native Americans as noble savages. When the same tribesmen began to fight settlers and government forces taking their land, they were just savages. Once we penned Native Americans in reservations, it was safe to romanticize them again: John Mix Stanley’s painting, “Last of the Race,” depicts a noble family standing, allegorically, at the edge of the ocean. 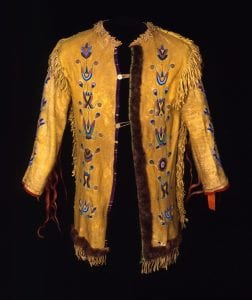 But it was the Native American as adversary that had staying power. Well after the West was won, Buffalo Bill Cody’s Wild West traveling show, which played to avid audiences throughout the U.S. and Europe, included reenactments of battles that ended with the feather headdresses lying on the ground like a bunch of dead turkeys. Real Native Americans played their atavistic selves in these performances – a fact that adds fodder to an already rich lode for a post-modern discussion of “representation” and “identity.” Of course, the Cowboy versus Indian theme continued in television and film and sports. (Buffalo Bill’s game of Cowboys and Indians Football, which you can see in the films along with the dead turkeys, must have been the first.)

Similarly embedded in our DNA is the archetype of the gutsy, solitary American man embodied in Frederic Remington’s dynamic, iconic bronze sculptures of cowboys riding bucking broncos — tapped by Madison Avenue in the famous Marlboro Man and, more recently, ads for Chevy trucks, and fodder for such artists as Richard Prince. Perhaps its resonance goes deeper; one could see it an incarnation of the primal battle of man versus beast – the American version of, say, Hercules battling the lion in Greek mythology. 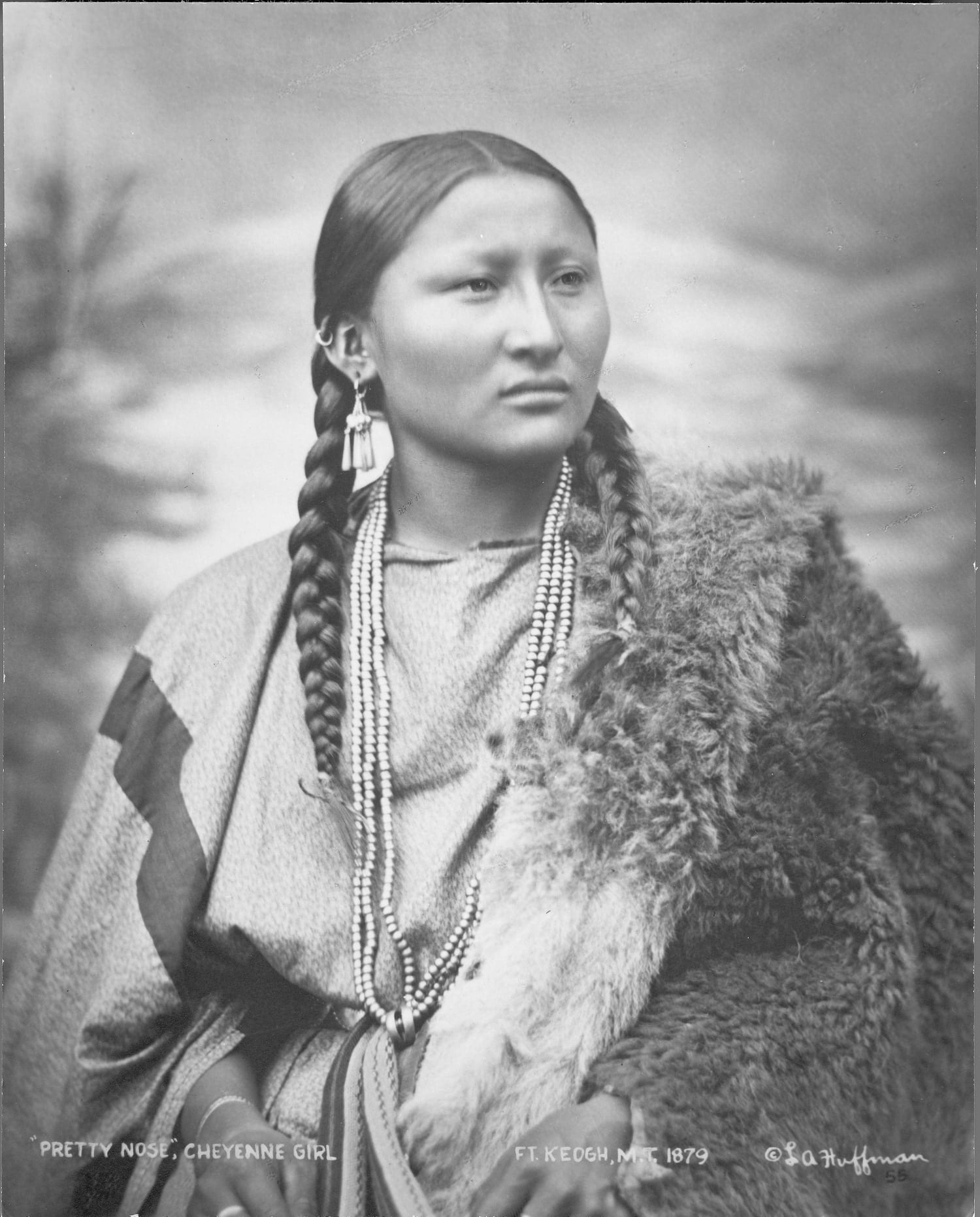 Western art wasn’t all archetypes and stereotypes. Among the artists who portrayed a more nuanced view are photographers Layton Huffman and Edward S. Curtis, who emphasized the humanity and dignity of their subjects. Henry Inman’s paintings are documentary, detailing individual physiognomy and dress of members of many tribes. Remington’s later paintings eschewed drama for more everyday views of cowboy life.

The landscape painters and photographers win the prize for effecting positive change. Images such as Bierstadt’s “Yellowstone Falls,” which conveyed the West’s sublime beauty, and Jackson’s “Pulpit Rock,” which documented its strange wonders, played a role in inspiring two presidents to create the national parks that preserve this land for future generations.

The Booth Western Art Museum in Cartersville is hosting a complementary exhibition, “Today’s West! Contemporary Art from the Buffalo Bill Center of the West,” through April 13, 2014. Seth Hopkins, its director, will speak at the High Museum on December 5.

Except where noted, all works courtesy of Buffalo Bill Center of the West.