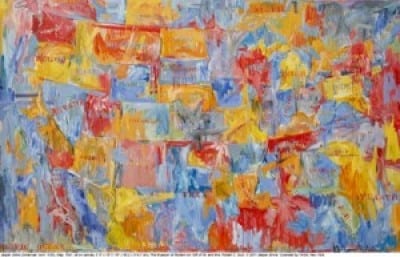 Review: High Museum gets it right with “Picasso to Warhol”

The High Museum of Art has made partnerships with collection-rich European museums a cornerstone of its exhibition program. Intended to provide Atlanta audiences with great works of art and fill in the gaps in the High’s permanent collection, the exhibitions have been a boon for the general public but a mixed bag for those who want more than a hit parade.

The small, laser-focused exhibitions of Italian Renaissance sculptures have been far superior to the large group shows in delivering substance as well as visual engagement. The Louvre series often hung on arbitrary themes to provide a semblance of coherence, with lesser works holding spots to fill out the spaces between the iconic ones.

Now the High sets a new standard for imported blockbusters with “Picasso to Warhol: Fourteen Modern Masters.” Drawn from the vaunted collection of New York’s Museum of Modern Art as part of a multi-year partnership, the 100 works include both textbook classics and some wonderful surprises. Just as important, the curatorial team (MOMA curators Jodi Hauptman and Samantha Friedman, with High curators David Brenneman and Michael Rooks) has shaped them into a cogent story, which can be engaged on many levels. The exhibition will be on view through April 29, 2012.

The show touches on seminal moments in the evolution of modernism by presenting a series of solo mini-shows of key artists. These offer insight into each artist’s evolution, production or working methods. Hans Namuth’s documentary film of Jackson Pollock “performing” his brushless “action painting” (right) — a ballet of drips, drags and swooshes — is a landmark work of art in itself.

One can also discern various themes running through the show. It’s evident, for example, that the fascination with speed, cars, airplanes and the mobility they effect was not limited to the Italian Futurists. Fernand Léger’s painting “Propellers” and his abstract film “Ballet mécanique” are juxtaposed with Constantin Brancusi’s aerodynamic “Bird in Space.” For “The Box in a Valise,” Marcel Duchamp made a portable retrospective by creating miniaturized versions of 80 works, which fit into the eponymous valise. Then there are Alexander Calder’s mobiles, so named by Duchamp.

It’s fun to see the connections and back-talk among artists, too. Calder’s affinity to Joan Miro’s biomorphic abstractions is visible across the gallery. So is Jasper Johns thumbing his nose at Pollock’s sturm und drang with a parodic gestural painting of a mundane map. Andy Warhol oedipally delivers the coup de grâce to Abstract Expressionism with his Brillo box sculptures and mechanically reproduced self-portrait (at left), which is as opaque psychologically as the silk-screen ink with which it is printed.

These conversations continue beyond the exhibition. The DNA of Brancusi’s “Bird in Space,” for example, is evident in sculptor Grainger McCoy’s monumental depiction of a wing, “Recovery Stroke,” in the High’s Cox wing. Across town at Saltworks gallery, William Cordova riffs on the Romanian artist’s “Endless Column,” a nine-foot-tall monument to fallen heroes, in a floor-to-ceiling tower of lampshades, which is a memorial to the late Atlanta artist Charles Nelson.

One could narrate the history of modernism with many plot and character changes. This version, not surprisingly, follows the canon established by MOMA founder Alfred Barr. Although one wouldn’t dispute that the 12 white male artists here have earned their master status, it is also clear that the perspectives of artists such as Louise Bourgeois, the lone female, and Romare Bearden, the lone African-American, enrich the story.

Bearden has his own conversations with art history. His collages nod to Cubism, but instead of deconstructing form, space and time, he brings the fractured parts together to create representational images of African-American life.

“Patchwork Quilt” (above) is his response to Édouard Manet’s “Olympia,” a painting of a recumbent white courtesan and her black servant. Bearden makes the servant’s reality the subject. A black woman lies not on a chaise in a luxurious boudoir, like the courtesan, but on a worn quilt, symbol of making-do and survival. As a commentary on the racial conditions implicit in the original, it is the most politically charged work in the show.