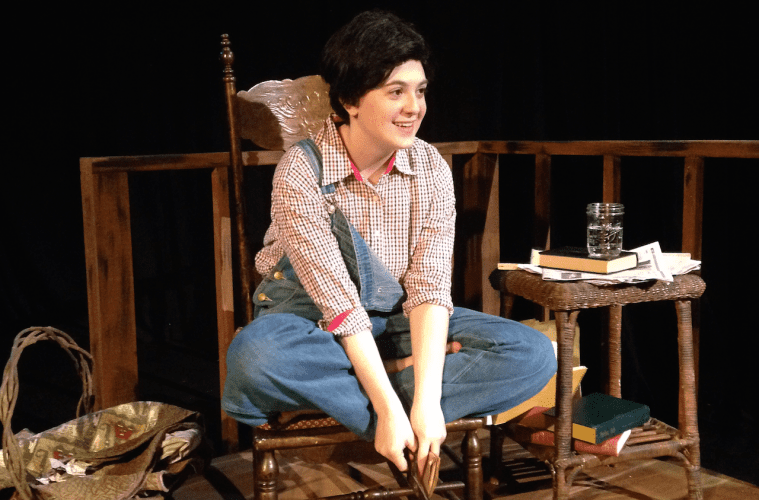 Review: Like Harper Lee herself, “Nelle’s Story” is revealing to a point but leaves us wanting more 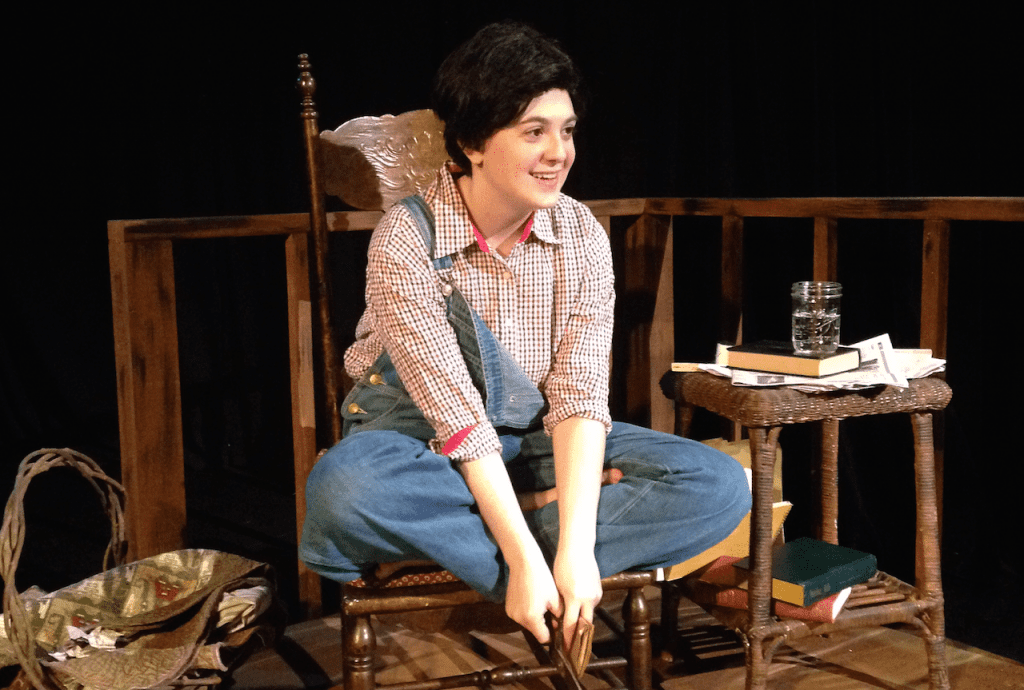 Mandi Lee as a young Nelle in Monroeville, Alabama. (Photos by Carolyn Cook)

We see writer Harper Lee at four different crucial times in her life in the new one-woman show Nelle’s Story, currently at Synchronicity Theatre through August 9.

Actress Mandi Lee (no relation to the famous writer) plays the reclusive author of To Kill a Mockingbird in four scenes: first as a little girl growing up in Monroeville, Alabama, then as a struggling young writer in New York City, then as a mature woman dealing with the unprecedented success and fame that the book and film of Mockingbird brought her, and finally as an old woman back in Monroeville, far from the public eye.

Directed by Atlanta actress Carolyn Cook, Mandi Lee nicely captures four vastly different times in the author’s life that playwright Melita Easters lays out in the different monologues. The actress connects best to the central speeches about the act of writing itself, but in the show’s quick one-hour running time we touch on some of the most important aspects of her life: her relationship with her father who became the basis for the beloved character Atticus, her lifelong friendship with Truman Capote, her abiding interest in small-town Southern life, her dedication to the difficult writing process and her eventual retreat from the public eye.

Harper Lee (friends and family call her by her first name, Nelle) is very much in the news of late with the recent publication of Go Set a Watchman, essentially an early draft of Mockingbird, one that opens with Scout as an adult revisiting her Alabama home from New York. 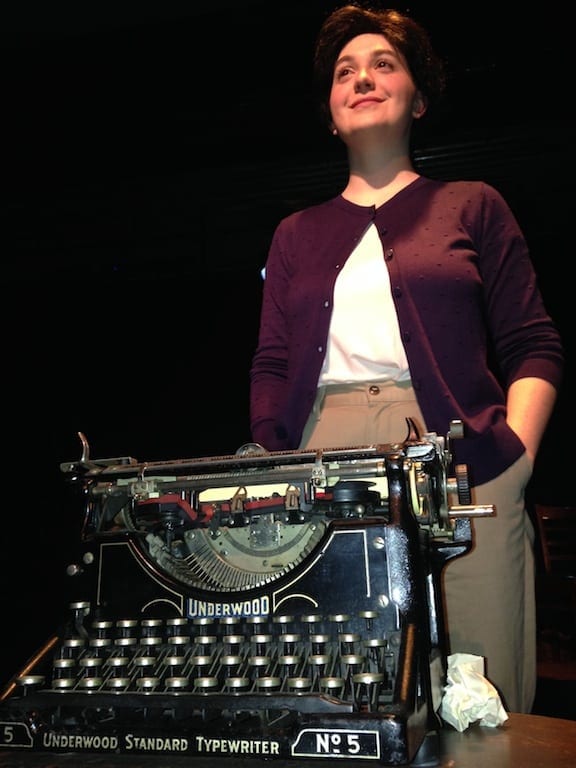 Lee with the antique typewriter loaned by author Terry Kay.

Atticus Finch is the famous hero of To Kill a Mockingbird, but the recent publication of Watchman revealed that the beloved novel may actually have a second, secret, unsung hero. Tay Hohoff was the editor who encouraged Harper Lee to completely revise her first novel, a title-down reworking that transformed a promising but flawed first effort into a timeless classic.

Though Easters’ show was written before the publication of Watchman, the story of the revision is included. Readers of the recently-published work will be interested to hear the story of the novel’s ground-up revision and of Hohoff’s encouragement and insights (we’re told how the editor demanded that Lee retrieve every page the frustrated author had thrown out the window of her New York apartment).

The spare set suggests various locations with simple furniture: a rocking chair for an Alabama front porch, a lectern for a speech at West Point, a kitchen table for a New York apartment. Best of all is a real vintage Underwood typewriter at centerstage, as unwieldy as a cinderblock and probably twice as heavy. (The program notes that the antique was provided by author Terry Kay for the production.)

One-person shows about famous personalities have a sense of artifice that can be a challenge to overcome. People seldom tell their life stories in uninterrupted, tidy monologues, and in the case of a writer like Harper Lee, who has been famously reclusive and tight-lipped about her life, the potential fabrication can feel insurmountable.

Creating that sense of intimacy and trust in which we willingly imagine that the famous person is speaking directly to us about their life is crucial, and the show falls short of creating the illusion convincingly.

The show ends up having to cover too much territory in too little time. In a late scene, Harper Lee rattles off a list of deaths in her family, and it can be hard to feel a sense of connection because the most we’ve heard about these family members in earlier scenes is that they exist. It often feels like someone reciting biographical detail rather than speaking to us naturally.

Still, the show has an overall sweetness in its approach that’s appealing, and Mandi Lee brings to life Easters’ most vivid writing, descriptions about the challenges inherent in the process of writing itself.