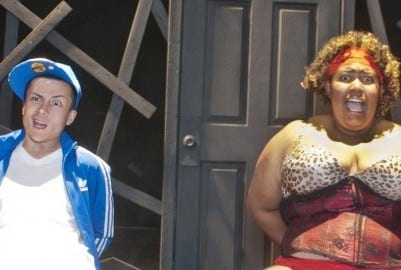 At the end of Act 1 of Stephen Adly Guirgis’ “Den of Thieves,” when one of the characters describes a planned heist as so simple that “only an idiot could fuck it up,” we know there’s trouble ahead. New York playwright Guirgis, who was a writer for television’s “The Sopranos,” likes characters of dim self-awareness, a smidgen of street smarts and a lot of self-regard. They’re not terribly bright, they’re not people you’d want to spend much time with, but on stage, through Guirgis’ eyes, they’re totally charming. Watching them screw up and then weasel their way out makes for a surprisingly enjoyable evening at the theater. The show is at Fabrefaction Theatre’s black-box space through September 19. Click here for tickets.

Paul and Maggie (Christina Hoff and Chris Lyons) are recovering kleptomaniacs, seemingly replacing one set of compulsions with another: they stick to the language of 12-step programs, make constant apologies and amends, and count the days they’ve succeeded in not stealing or overeating. Maggie’s former boyfriend Flaco (Jade Hawk) cajoles them into a “simple” plan to steal from a nightclub. $750,000 of drug money is stored in a safe, the theft of which can’t be reported to the cops. Flaco claims the money has no mob connections either, but the stash turns out to belong to a mafia boss named Big Tuna (Allan Dodson). 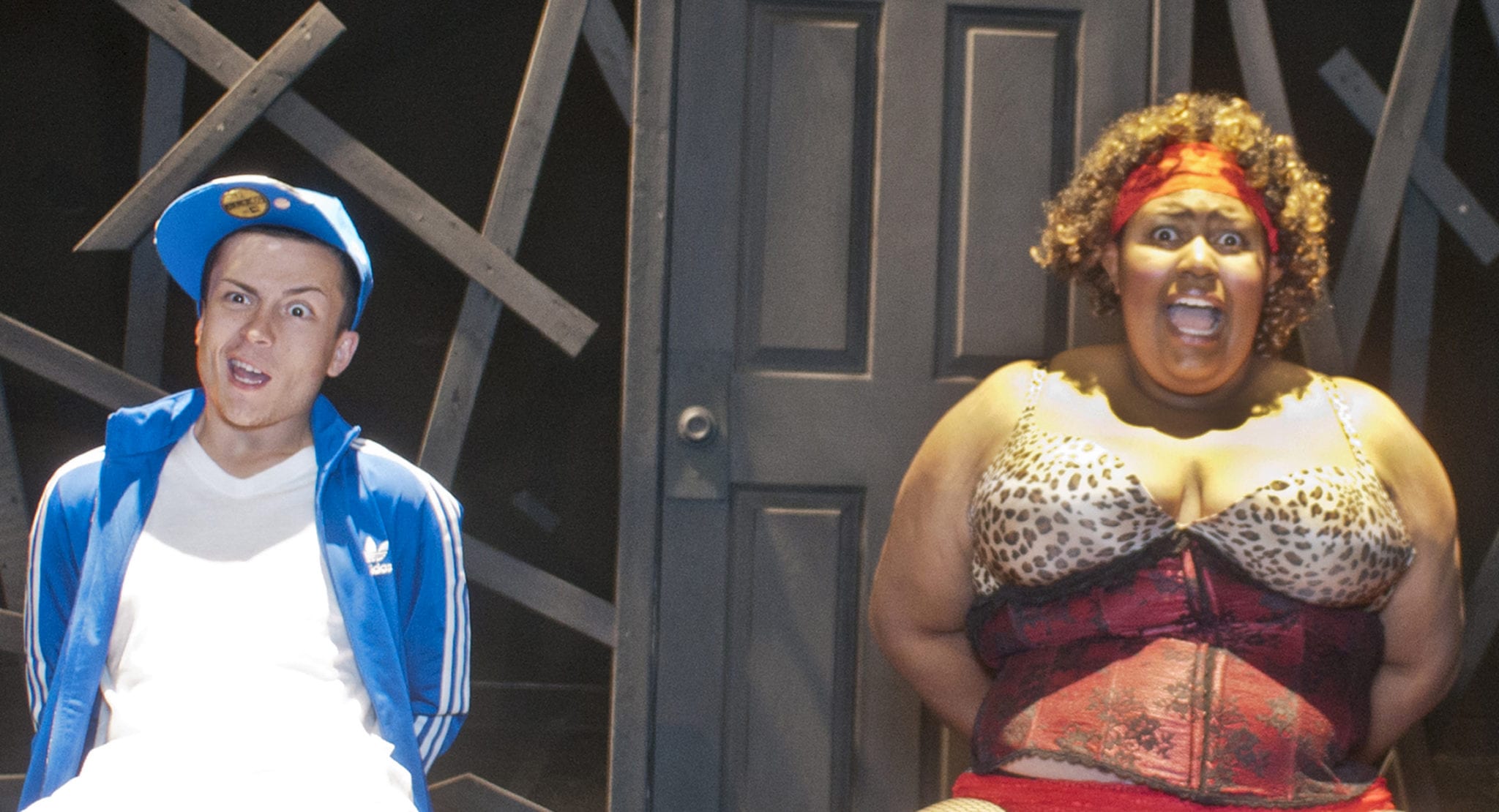 It’s all pretty silly stuff, but what makes it special is Guirgis’ light touch and his affection for the characters, his ear for the way people on the margins of society, particularly New Yorkers, speak, and his insight into the way they think. Hawk — who also directs at Fabrefaction, most memorably for last season’s “The Seagull” — is especially funny as Flaco, effortlessly nailing the character’s combination of half-wittedness and braggadocio. (The ability to end one season by directing a stunning production of Chekov’s “Seagull” and then pick up the next by playing a trash-talking, track-suited character named Flaco in a lighter-than-air heist comedy is what theater critics like to call “range.”)

Fabrefaction’s production of “Den” is part of its Open Theatre Project, in which the theater donates space, allowing actors to mount a coveted personal project. The result is not just free theater for audiences — each night at “Den of Thieves,” half the tickets are free and half are $10 — but also performances in which the actors have a strong interest and connection to the material, essential in comedy.

The 1996 “Den of Thieves” is an early work by Guirgis, who recently had two big critical and box office successes on Broadway. In “Our Lady of 121st Street” and “The Motherf**kr with the Hat,” which starred Chris Rock, Guirgis stuck to depicting the lowlife New Yorkers he so clearly loves, but he also delved deeply into their inner lives. “Den,” on the other hand, keeps things light. Some elements, such as menacing gangsters and 12-step programs, feel dated. But the weirdness of the thieves themselves — watching them wriggle and connive — is such a pleasure that the play works.

You’re not likely to leave “Den of Thieves” contemplating deeper themes or the inner workings of the characters (though you may find yourself wondering a bit about what’s going on inside the head of Tatiana Godfrey’s deliciously odd, oversexed Boochie). But it provides genuine laughs.

Next up for Fabrefaction is a more traditional, full production of Stephen Sondheim’s “Sweeney Todd,” on the mainstage starting October 25.