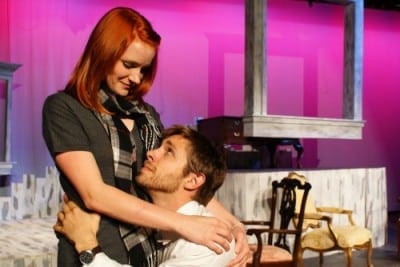 Review: Fabrefaction Theatre brings Chekhov to life in “The Seagull”

Vladimir Nabokov asked his literature students a famously difficult question on their final exams: “What is the overarching tone of Chekhov’s ‘The Cherry Orchard?’” Simple on its surface, the question is almost unanswerable. Is the tone tragic? Comic? Ironic? Sincere? Sympathetic? Harshly critical? Attempts to classify the tone of Anton Chekhov’s plays will likely be revealed as inadequate. Chekhov himself said his plays were comic, but surely that was his idea of a joke. His plays end with suicide, lives in ruins, the anguished whimpers of characters resigning themselves to tedium, unhappiness and inconsequentiality. Ha, ha, ha?

In the end, his plays don’t have one overarching tone. There is, instead, the slow accumulation of disorganized stacks of implication, subtext and the unsaid. Chekhov can distill pettiness, kindness, cruelty, fear, love, boredom, hope, humor, selfishness, despair, dreariness and absurdity into a complaint that the tea is too cold. 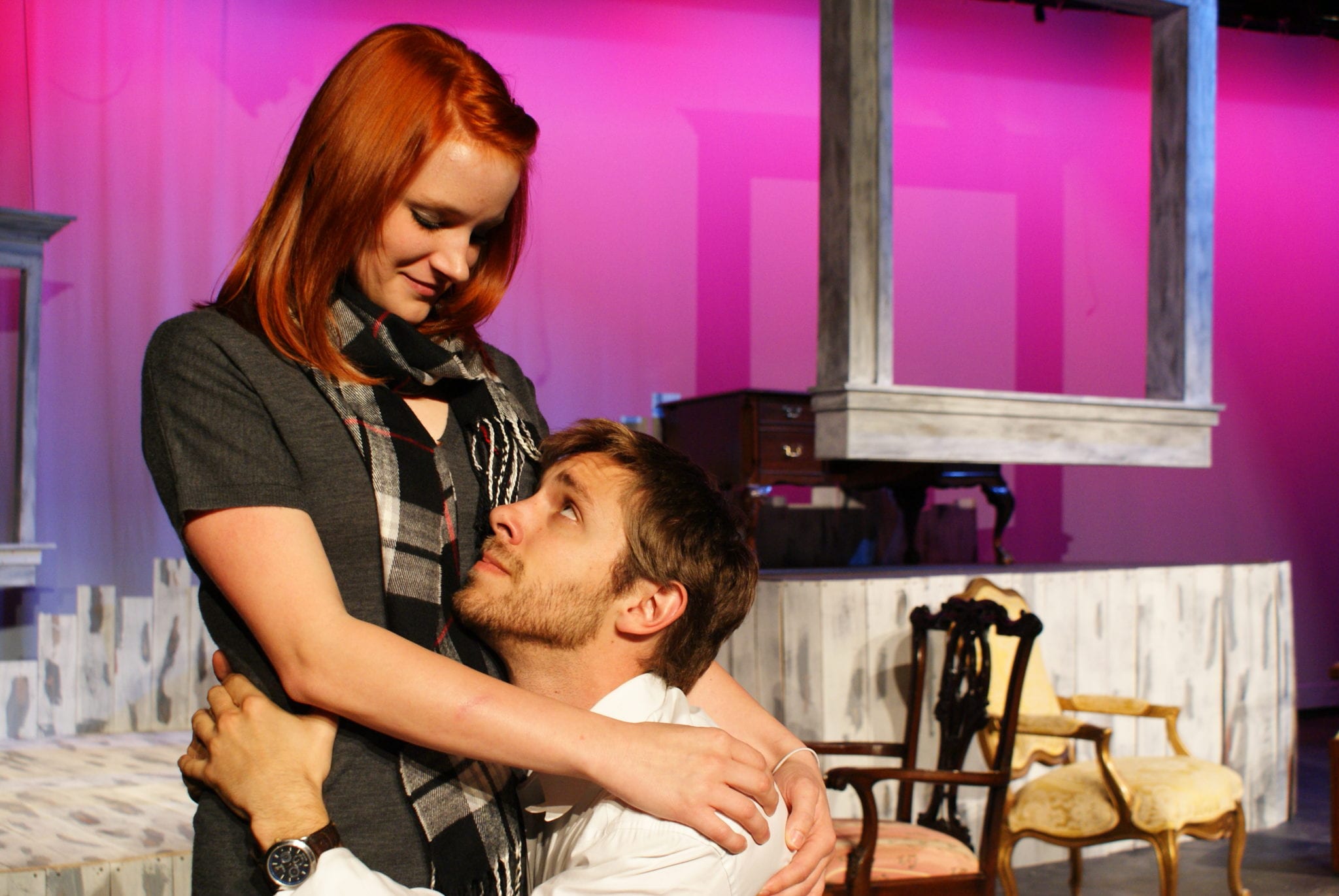 Impressive, then, is the production of Chekhov’s “The Seagull” at Fabrefaction Theatre through May 29, where the actors have made room for the playwright’s complexity. There’s a spaciousness to the approach at Fabrefaction, now finishing its debut season, that allows the work’s interior intricacy to emerge. Here the subtext lives, often to devastating and heartbreaking effect. (Above: Heather Rule as Nina and Craig Thompson as Konstantin. Photo courtesy of Fabrefaction Theatre Company.)

Heather Rule, a newcomer to Atlanta theater, plays one of the central figures, the ingénue Nina, and she must make the long journey from innocence to experience in under two hours. She enters breathless and wide-eyed but exits cynical, ruined and disappointed. Rule’s first entrance in Act 1 and final exit in Act 4 are handled so well and stand in such contrast that they seem performed by two actresses of different ages.

Christina Hoff, as the world-weary, vodka-swilling, snuff-huffing Masha, nearly walks away with several scenes. I loved how director Jade Hawk chose to have Masha on stage as much as possible, hovering in the background or wandering on before the show to sit alone on the set to drink and smoke. She is the most self-knowing of the characters, the most sharply aware. Turning up the volume on her presence is an interesting choice that pays off. 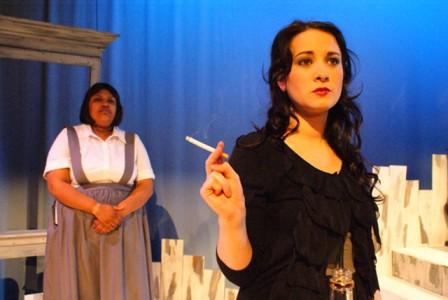 Hoff is well matched by Chris Rushing as her mismatched, long-suffering, sincere but unlovable loser of a schoolteacher husband. Phillip Justman captures the writer Trigorin’s suave self-regard and self-importance, but also his more powerful self-doubt. Trigorin’s off-stage actions are probably the most despicable of any character in Chekhov, but Justman’s performance ensures that the on-stage character also remains among the most recognizably human. (Above: Hoff as Masha and Tatiana Godfrey as the Maid.)

Craig Thompson plays Konstantin, Chekhov’s middling artist as a young man — a part that is every bit as nuanced as Hamlet (if Hamlet threw tantrums and backed out of lotto games before dinner). In a play almost devoid of action, Thompson is actually called on to do a great deal, and he handles it with ease: the surface is simple, but the interior is intricate.

Diane Mitchell as his diva-actress mother nails the character’s narcissism and theatricality. Mitchell captures Arkadina at an interesting moment, when the tools of her trade — glamour and beauty — are diminishing but still in her possession. But there were moments when I felt that the humor and theatricality of the character may have been evoked too broadly. I longed to see more of Arkadina’s intelligence and charm, not easy things to eke out, but a necessity as she is the central figure around whom the others have gathered. I wanted to see what the others needed in her — the intuitive, if manipulative, human being behind the facade — and sensed that Mitchell was more than capable of bringing it out.

This new version of “The Seagull,” translated by British playwright Tom Stoppard, is fast, intense and direct. The language and diction seem contemporary and natural, though never distractingly so. The characters remain convincingly late-19th-century Russians, though they look and sound like us, which is exactly how they should look and sound. In a performance that is straightforward and sensible, the artists at Fabrefaction have created an evening in which Chekhov’s subtext does the speaking. Fabrefaction understands how to bring Chekhov’s depth — that unnameable, undefinable tone — alive.