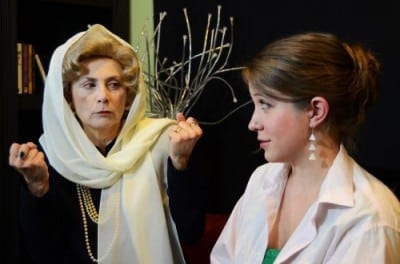 Essential Theatre does a lot with a little in its new production of Melanie Marnich’s comedy “A Sleeping Country,” which opens the theater’s 13th annual summer play festival. The show has a cast of just four actors, a simple set made of the bare essentials and a so-so script, but the troupe nevertheless turns it into a charming evening. Those who go to the theater to be challenged by substantive drama might leave disappointed; those who want summertime fun will enjoy this guilty pleasure. Like that second shot of limoncello, you know you really shouldn’t, but it’s so light, sweet and refreshing … and heck, it’s summer. 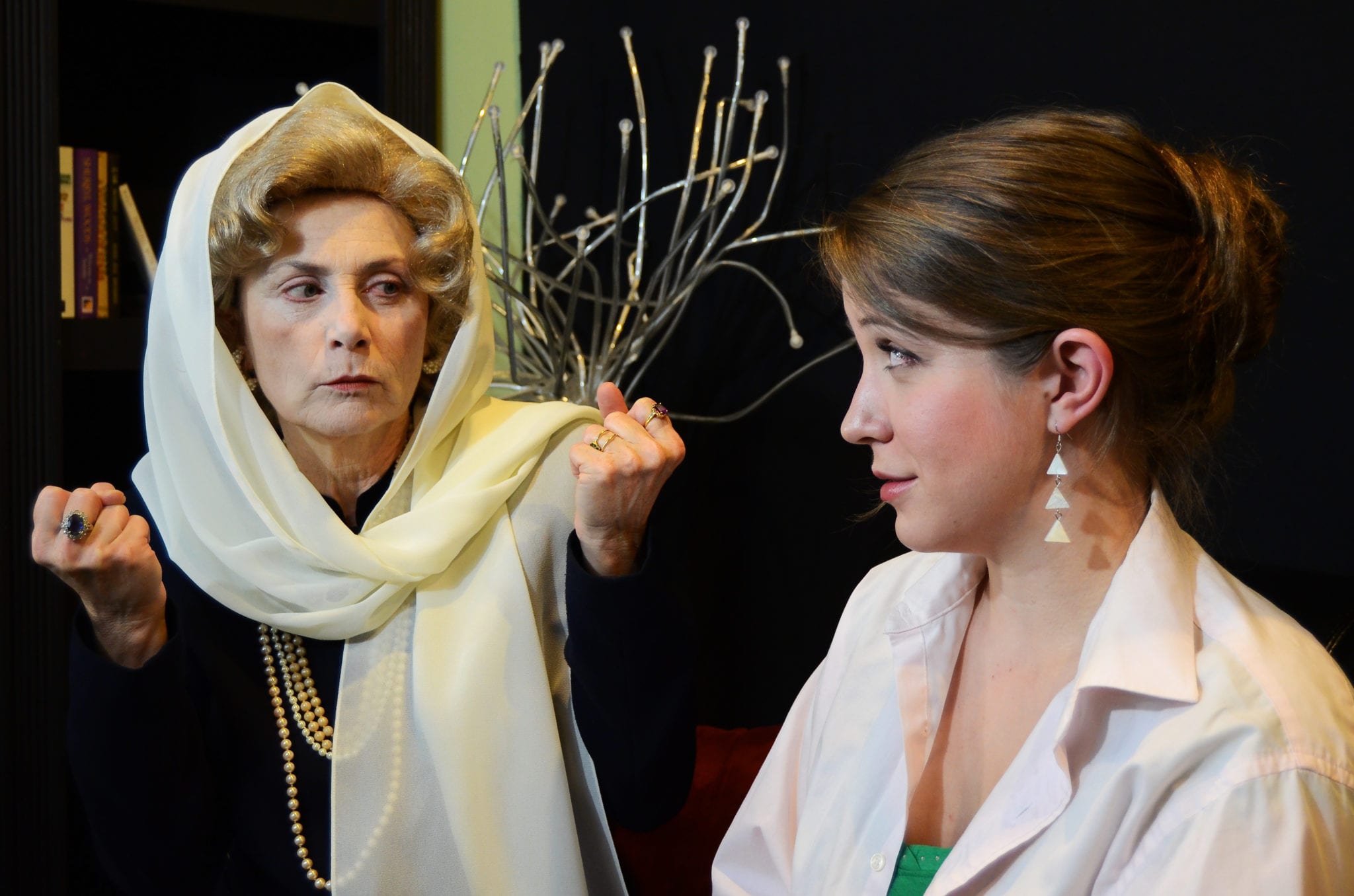 Fans of neurotic Woody Allen comedies will feel at home with this story of Julia and her anxiety. Julia has insomnia. Her whacked-out therapist (who also happens to be her competitive, self-aggrandizing childhood best friend) isn’t any help, and the sleepless nights — along with Julia’s neediness and her fear of being alone — are beginning to create serious problems in her relationship with her fiancé. Worse, the hypochondriac Julia begins to suspect that her insomnia is related to a rare and fatal genetic disorder. As a last-ditch effort to find some answers, she flies to Venice to meet the only other known victim of the disease: a possible distant relative, the Italian aristocrat Isabella Orsini. (Above: Holly Stevenson as the aristocrat and Kelly Criss as Julia. Photo by Nancy Johnson.)

The play takes a light-as-tiramisu approach to Julia’s problems. The therapy sessions are straight out of a New Yorker cartoon — couch, legal pad, one-liners — and the play’s Italy is for people who have never been to Italy: moonlit canals, silly accents, eccentric heiresses, handsome playboys and gondoliers singing of lost love.

But the actors dive right in, attacking familiar situations with energy and originality, skillfully eking out a surprising number of genuine laughs. Holly Stevenson, as the Italian aristocrat, has fun with the role. She’s a delightful combination of stiff-spined, old-world snobbery and world-weary, all-encompassing sympathy. Stevenson’s Isabella is a woman who prides herself as much on her eccentricities as on her aristocratic background: when she can make someone feel uncomfortable, she knows she’s doing her forebears proud. Her “life is good, life is hard, life is tedious” series of reactions as Julia recounts her troubled history seems like a routine straight out of Mel Brooks’ “Young Frankenstein.” Sure, a familiar comic bit and a silly accent can be hackneyed, but in the hands of the right comedienne they can be pretty damned funny too, as Stevenson handily demonstrates. 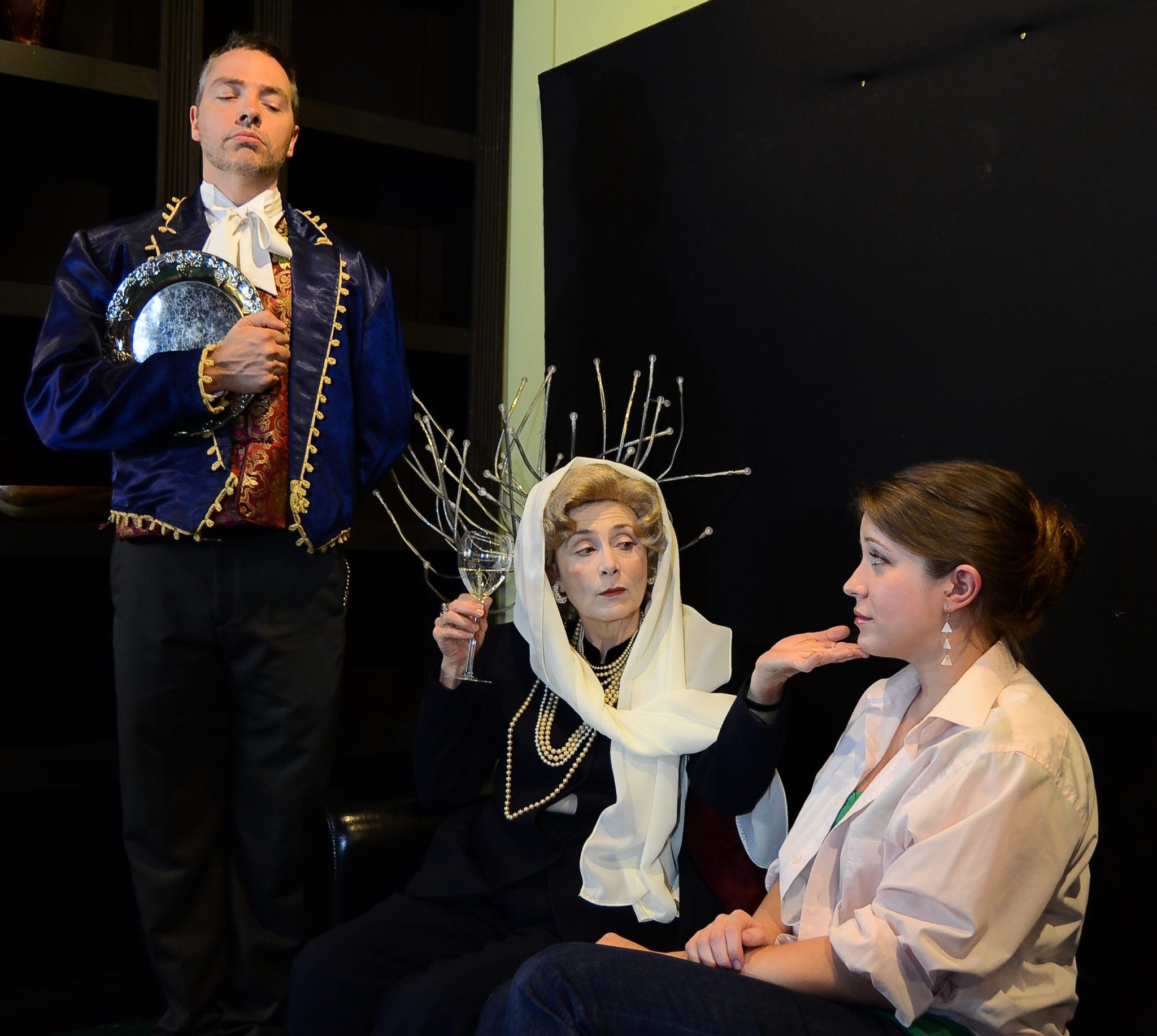 Kelly Criss brings just the right amount of anxious energy to the role of Julia: she helps universalize and humanize Julia’s extreme problems and worries. It’s Everywoman, experiencing every known anxiety. Megan Hayes finds a prickly “Sex and the City” sharpness, toughness and wit in the part of therapist Dr. Midge. When she hands Julia a bag full of prescription drugs as the means to kill herself, it’s a gesture simultaneously rich in sympathy and devoid of feeling, layered with spite. Julia’s thanks are genuine. (Those of us with “frenemies,” we understand.) Matthew Myers plays multiple roles with vigor, but shines most when he’s particularizing the “regular-guy” ordinariness of Greg, Julia’s fiancé.

“A Sleeping Country” won’t keep you up all night pondering its themes, but it might be a good fit for theater lovers with companions who are normally hard to drag to the theater.

The Essential Theatre Play Festival continues through July 31. Next up is “Great Falls,” about a father-daughter cross-country driving trip, by Marnich’s more established playwright husband Lee Blessing. He seems to have more facility in tying quirky comedy to serious themes in accessible shows, so it will be interesting to see Essential take on his work next. The festival then will continue with the world premiere of “A Thousand Circlets,” winner of the 2011 Essential Theatre Playwriting Award, by Atlanta playwright Theroun D’Arcy Patterson.