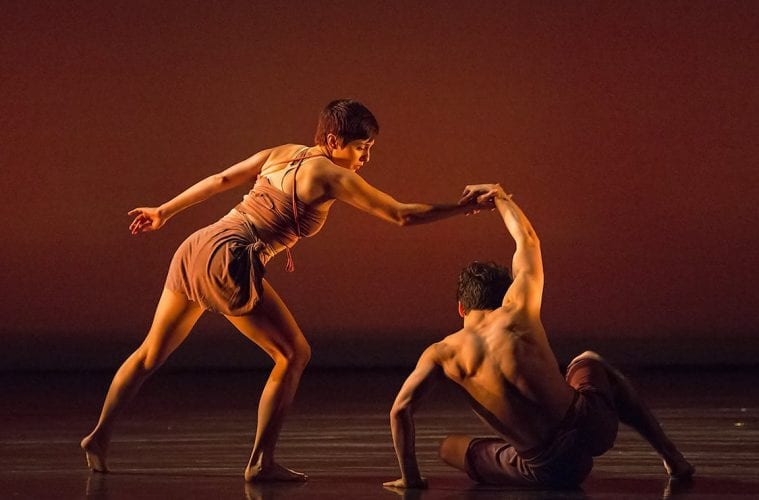 Review: Meeting the promise of tomorrow through Dance Canvas’ “Next Generation” 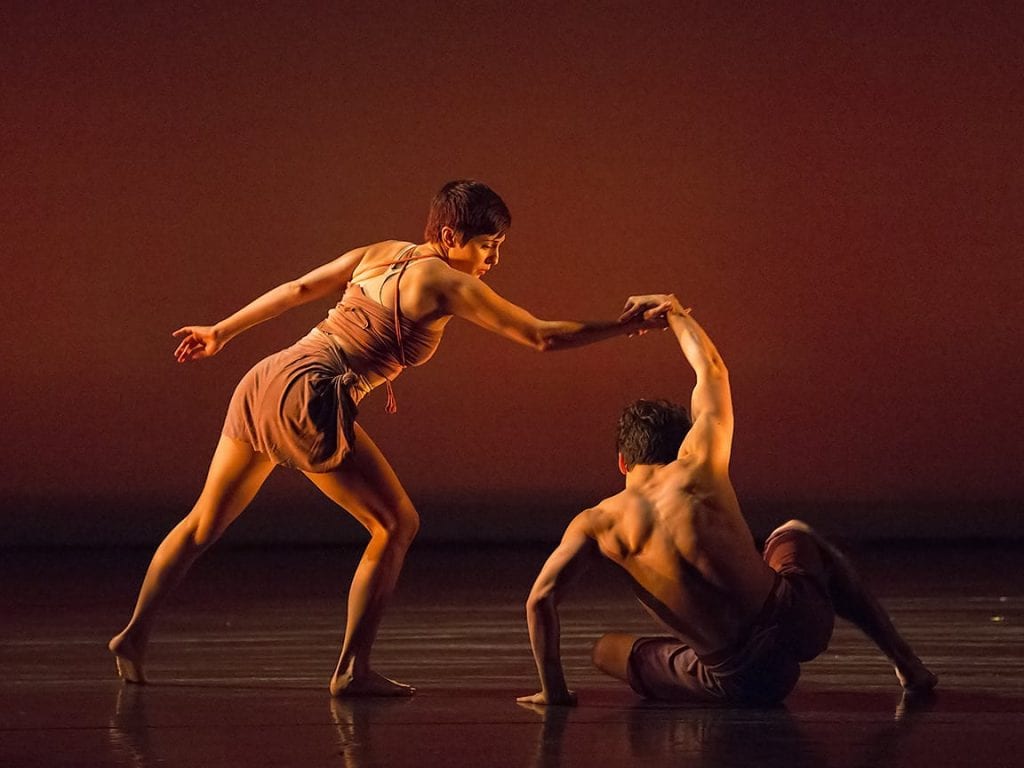 This past Sunday and Monday, Dance Canvas presented its eighth season of “Introducing the Next Generation,” held for the the second year at the Rialto Center for the Arts. The concert was rescheduled to this past weekend from its original January date due to inclement weather. One of the out-of-town choreographers, Christa Smutek, was unable to make the trip back to Atlanta for this second weekend, so Dance Canvas executive artistic director Angela Harris choreographed a new piece for Georgia Ballet dancers.

The program’s mission is threefold: to introduce emerging choreographers to Atlanta audiences; to bring new dance patrons to professional dance; and to familiarize young artists and the youth with the professional stage. The performance this past Sunday neatly fulfilled the first two goals. Dance Canvas brought nine rising choreographers to the stage. The program satisfied the third part of the mission on Monday, when the full concert was presented to local grade schools.

Many of the pieces on the bill showed promise, but seemed underdeveloped either in theme or in performance, which was not unexpected. This did not affect the artists’ ability to connect with the young audiences, as evidenced in the “Tweet Critiques” that Dance Canvas asked local grade school students to write. 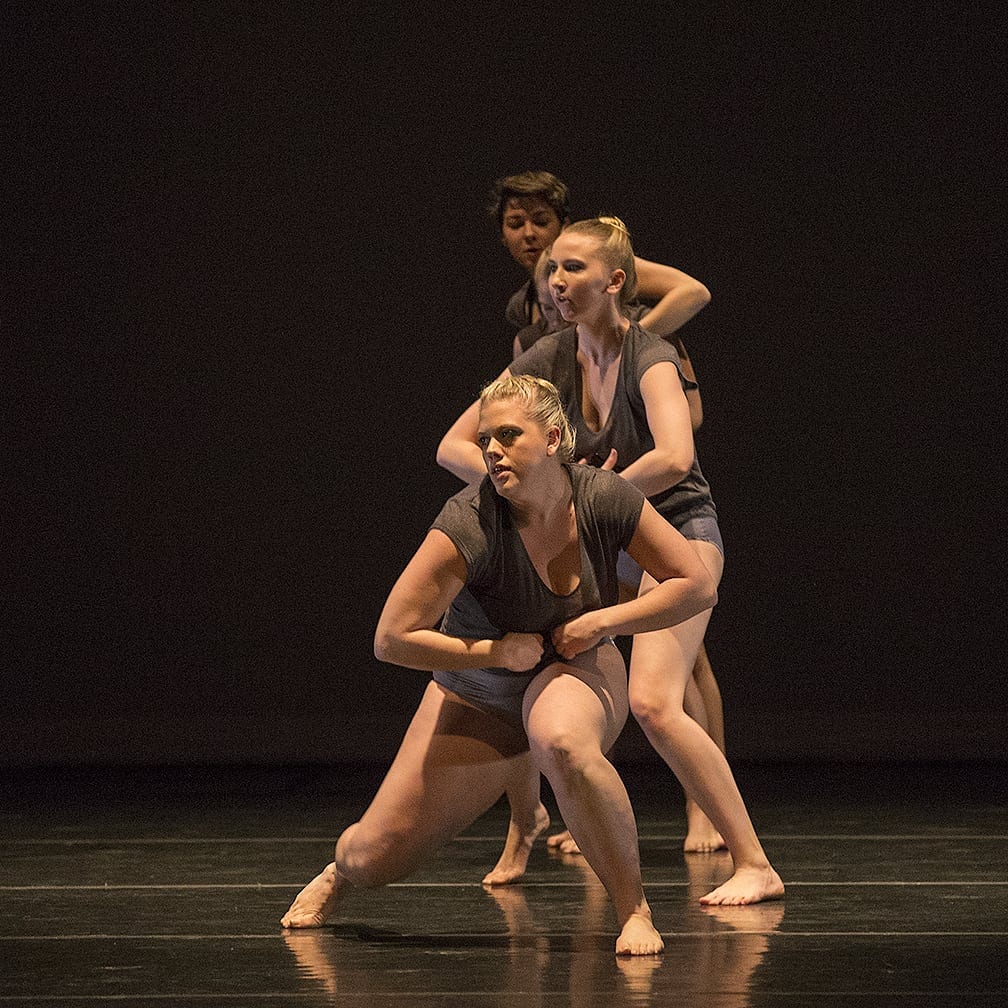 Two favorites of the students were Reminiscence, conceptualized by Shaneka Anthony and Shawn Evangelista, and RADIO, by Vanessa Chisolm and Tre McClendon.

The piece opened with Anthony delivering an impassioned monologue on the disappointments of faded romantic love. As she finished, dancers Gabriella Dorado and Daniel Stefek entered and moved a tender, yet bittersweet duet that dripped with unresolved emotional dissonance.

As Dorado and Stefek cycled between desperately clutching one another and propelling the other away, Anicka Austin huddled on the ground in the shadows upstage, rocking, seemingly with an internal struggle. The contrast between the duet and the figure curled in the background imbued Reminiscence with a sentimental tone.

The second duet, between Rebekah Pleasant and Evangelista, followed the same “push me, pull you” theme, with the two alternately wresting control of other’s movements. However, because the dancers performed this duet more dramatically, the section felt less sincere and authentic, more like a caricature of a relationship struggle. The piece ended with Dorado and Stefak in a resigned embrace as Anthony spoke of using art as a recovery process.

Another audience pleaser was the tap piece performed to popular music, RADIO, by Vanessa Chisolm and Tre McClendon. The execution and technique of each of the movements varied from dancer to dancer, which gave the piece an untidy look. However, this variation did not detract from the visceral satisfaction derived from watching a large group of dancers dancing together. In fact, that seemed to be the overall message of the piece: dancing purely for the enjoyment of moving the body. And in that, RADIO provided the perfect closer for the concert.

One last piece worth noting was shed, choreographed by Emily Cargill, founder of Emily Cargill and Dancers. [Full disclosure: I have participated in professional events with Cargill.]

shed played between interpretations of the verb and noun form of the word: to get rid of and a place to store unused items. The piece began with eight dancers spread evenly throughout the stage voluntarily convulsing and vibrating while “You Don’t Own Me,” by Lesley Gore wailed from the speakers. As the shaking continued, one dancer at a time momentarily froze with a hand on her face or chest before diving back into the detoxifying movement, shedding the unnecessary.

As the sound shifted into instrumental music, the vibrating movement stuttered into partnering that alternated between supportive and manipulative. The sporadic repetition of the quiet thrashing, even as the dancers moved on to other themes, seemed to beg the question: “What happens to those things we shed? Are they ever really gone? If not gone, where do they go?” With the complex theme and carefully crafted choreography, shed provided the most developed and mature voice of the evening.

The program was about young and emerging choreographers still learning about their craft. It will be exciting to see how they continue to develop their own distinct voices in the future as they move forward from “Introducing the Next Generation.”