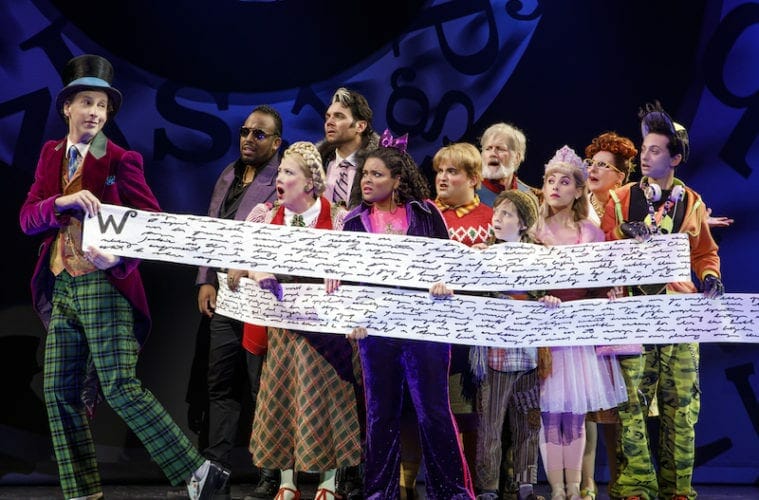 Noah Weisberg (left) as Willy Wonka with the national touring company of "Charlie and the Chocolate Factory," at the Fox Theatre through Sunday. (Photos by Joan Marcus)

It’s hard to forget the first time you see the chocolate waterfall and edible buttercups in the 1971 movie Willy Wonka & the Chocolate Factory. Watching the formidable Jean Simmons as a candymaker  in need of a comeback was many people’s introduction to the delectable world of Roald Dahl’s book. The twisted tale of a poor boy named Charlie Bucket winning the last golden ticket to tour the Wonka factory has been adapted into two films, and gave birth to a candy company that operated under the Willy Wonka name until 2015.

Broadway brought the story to life in Charlie and the Chocolate Factory (five performances remain at the Fox Theatre through September 29). The musical premiered in London’s West End in 2013 and ran for almost four years before moving to Broadway in April 2017, directed by Tony Award-winner Jack O’Brien (Hairspray). The stage score features all of your favorites — “Pure Imagination,” “The Candy Man,” “I’ve Got a Golden Ticket” — and delightful new tunes by Marc Shaiman and Scott Wittman (Hairspray, Catch Me If You Can). 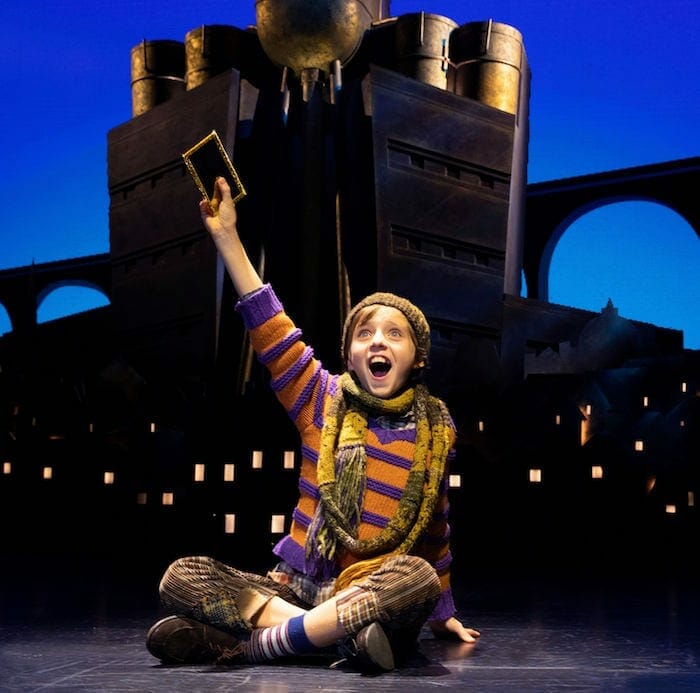 Rueby Wood alternates in the role of Charlie Bucket with Henry Boshart and Brendan Reilly Harris.

Librettist David Greig sticks pretty close to the movie. Willy Wonka creates worldwide pandemonium when he announces that five of his chocolate bars contain golden tickets to visit his headquarters. Greedy Augustus Gloop, bratty Veruca Salt, over-the-top Violet Beauregarde, jerky Mike Teavee — and their parents — break all the rules on a factory tour, and chaos ensues. The Oompa Loompas clean up the mess, or perhaps create more of it? And Charlie Bucket (Brendan Reilly Harris, who alternates with Henry Boshart and Rueby Wood) wins the day.

This is Wonka as most people expect it, but the places where Greig deviates really pay off. Violet (Brynn Williams) is reimagined as an Instafamous 21st-century bubble-gum pop star whose manager-father runs her social media accounts. Daniel Quadrino plays Mike as an Adderall-addled tween glued to his iPad, much to his mother’s chagrin. And Lily Kaufmann is an incredible talent as a Russian ballerina.

The real charmer is Harris as Charlie, who also played the role in the brief Broadway run. He’s precocious, curious and innocent. His scenes with Grandpa Joe (James Young), in which they share stories from wars they’ve never fought, are joyful. 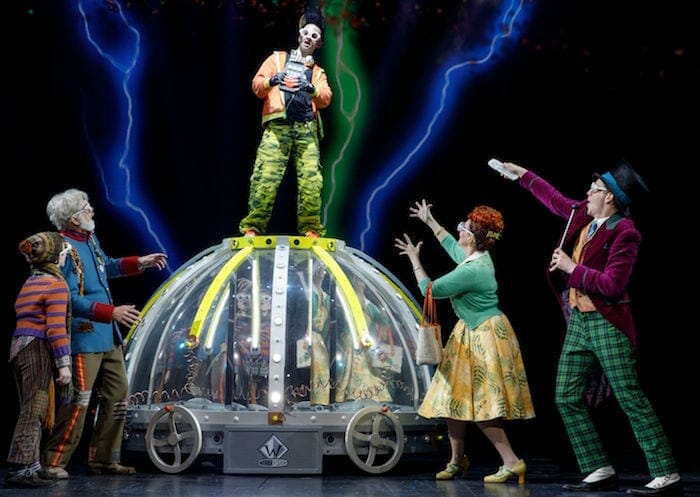 Noah Weisberg’s Willy Wonka is more mysterious than creepy, which is refreshing. He comes from the New York production and plays Wonka as more mad genius than pied piper, landing his jokes just right for kids of all ages. His random kicks, twists and quirks add an extra layer of humor.

Projections designer Jeff Sugg deserves accolades for creating a 4-D feeling in a 2-D world. His mountains and butterflies in the factory-arrival scene could seemingly burst from the stage, and he takes us under the sea when the factory visitors sail in bathtubs. Puppetry designer Basil Twist creates delicious Oompa Loompas that are both adorable and demented.

Charlie and the Chocolate Factory is a family-friendly musical that will bring nostalgia to adults and fun-filled fantasies to kids. Much like the world of 1964, when the book was published, and 1971, when the movie came out, this story is a great escape from turbulent times. We can all use a little more imagination, and, for a few hours, Charlie wraps us in an abundance of it.