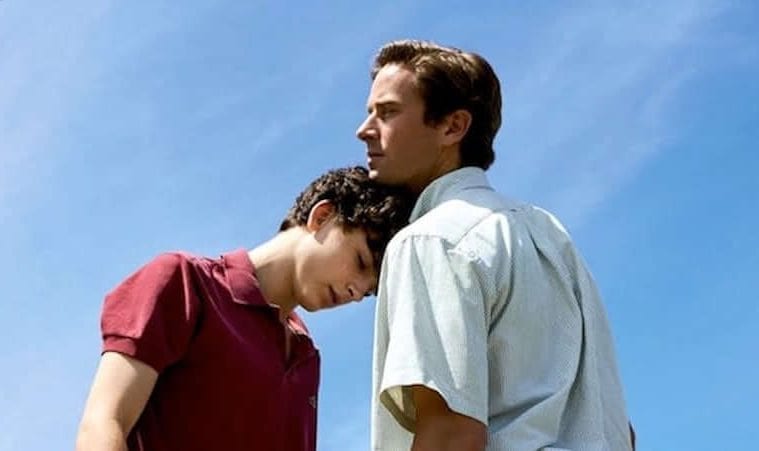 Review: “Call Me By Your Name” is a coming-of-age film filled with deep joy and rich insight

When we first see 17-year-old Elio, hanging around his family’s Italian villa in the summer of 1983, he seems gangly, unformed, callow. It’s a testament to the performance of Timothée Chalamet — named the year’s best actor by the Atlanta Film Critics Circle and other critics’ groups — that by the end of Call Me By Your Name, which spans only half a year, Elio seems to have aged, if not into adulthood, then into the outer circle of that perilous, doomed state.

Trailing laudatory buzz since its Sundance premiere nearly a year ago, director Luca Guadagnino’s film is one of the rare ones that lives up to its hype. Based on André Aciman’s 2007 novel, it’s a coming-of-age and sexual-awakening tale that really can’t be minimized as “a gay flick.” It’s a great, smart, sensory look at the pleasures of Italy and the bittersweet joys of first love.

Elio is the well-loved only child of an academic American father, Professor Perlman (Michael Stuhlbarg), and a beautiful mother, Annella (Amira Casar), who spend summers and other holidays at their sprawling villa in northern Italy. Every summer, Perlman invites a graduate student to spend six weeks as an assistant for his Greco-Roman studies. It’s not exactly a bad gig. The latest, 24-year-old Oliver (Armie Hammer), quickly adapts to the daily extracurricular routine of sunbathing, savoring wine-y alfresco lunches, swimming in the nearby river and dancing with girls at the village disco.

Director Guadagnino, known here for I Am Love and A Bigger Splash, should be paid by the Italian tourism board. He’s a rapturist — and I use that word meaning not someone who believes in End Times, but one who celebrates the earthly world we live in. The Perlmans’ is a household where Italian, French, German and English are spoken with equal ease, art and history are treasured, and Elio spends his time playfully transposing Bach compositions to his guitar. It’s egghead heaven, but also a sensual paradise.

That becomes even truer when Elio’s initial resentment — he’s had to surrender his bedroom to Oliver — turns to something trickier. The two men bike together in town, flirt with some of the same girls, then gradually start flirting with each other. In many ways, they could not be less alike. Elio is skinny and pasty, Oliver is rusty blond, honeyed by the sun, athletic and the sort of fellow you see modeling sportswear in catalogs. But both are drawn to one another’s prickly intelligence and shared Jewish heritage. And, eventually, they wind up in bed and fall into a romance as sweet and ephemeral as an Italian summer.

The skill of Guadagnino’s film, based on James Ivory’s script (livelier than any of his Merchant-Ivory films, except for A Room with a View) is the time it takes to tease out Elio and Oliver’s attraction, and to deepen our investment in how it plays out.

As Elio’s dad, who sees more of what’s going on than Elio thinks he does, Stuhlbarg delivers, near the end of the film, the gift of a perfect monologue, largely drawn from the book. It cements the father-son bond at a time when such things, in life, are far from guaranteed. It’s a lovely scene from a reliably strong actor (he also has a small role in Steven Spielberg’s upcoming The Post.)

Hammer is strong in a role that lets go beyond the handsome, bland roles he’s largely been saddled with. But it’s Chalamet’s movie, literally from start to finish. He’s only 21, and was younger when Call Me was filmed, but he ushers Elio, and the movie, from a state of young, carefree curiosity to the melancholy that comes with experience. And if you see a better closing shot this year than Call Me by Your Name’s, I want to hear about it.

Call Me by Your Name. With Timothée Chalamet, Armie Hammer, Michael Stuhlbard. Directed by Luca Guadagnino. Rated R for sexual content, nudity and some language. In English, Italian, French and German, with subtitles. 132 minutes. At Landmark Midtown Art Cinema and AMC Phipps Plaza.