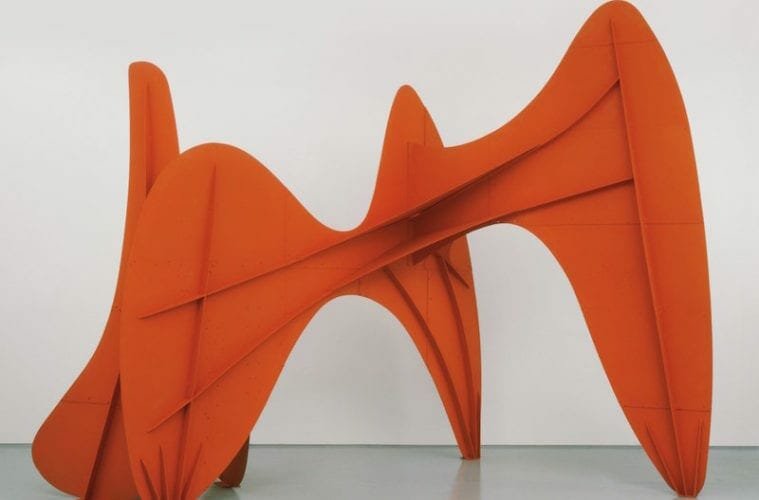 ­The High Museum of Art’s Calder-Picasso exhibition brings together the work of two 20th-century greats in a captivating display of visual power and formal invention.

Though encompassing works across media and throughout the artists’ careers, curators Bernard Ruiz-Picasso and Alexander S.C. Rower, the artists‘ grandsons, chose this panoply to serve the premise that Pablo Picasso and Alexander Calder engaged in an ongoing dialogue about form. To that end, the exhibition is organized largely by motifs such as “Capturing the Void” in which works by both are juxtaposed. 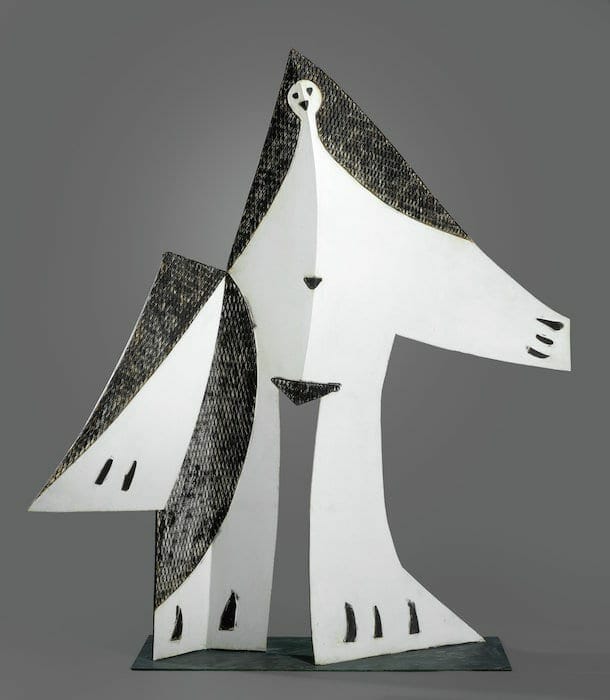 Pablo Picasso, “The Bathers: The Woman with Outstretched Arms” (1956), bronze.

The show is enlightening but not, to my mind, as it was intended. Many of the affinities portrayed are less the result of a two-man dialogue than a function of the art world they shared. Both spent formative time in Paris, the crucible of early 20th-century art, and swam in the same intellectual and artistic waters. Surrealism, for instance, influenced each to different degrees, just as both reflect such au courant preoccupations as space and time.

A  curator could probably do the same show with any number of artist pairs of the period, particularly if one of the pair is Pablo Picasso, the most omnivorous artist ever. There was not a medium or material he didn’t use, a formal avenue he didn’t explore, a theme he didn’t address. By the time Calder, who was 17 years younger, became an artist, Picasso was already a titan. Everyone was “in dialogue” with him.

The dialogue theme often results in superficial comparisons. For instance, the gallery devoted to “Drawing in Space” displays figurative sculptures that the artists made from wire. For Picasso, the material and the concept were among myriad explorations; for Calder, they were primary. He sculpted space and movement with an energetic and remarkably descriptive line in his insouciant wire acrobats and would go on to cement his legacy with the wire and metal concatenations that Marcel Duchamp dubbed mobiles.

Conjoining a passing interest and a core value is not meaningful. It’s the divergences that are eloquent here. They throw the artists’ creative character into relief. 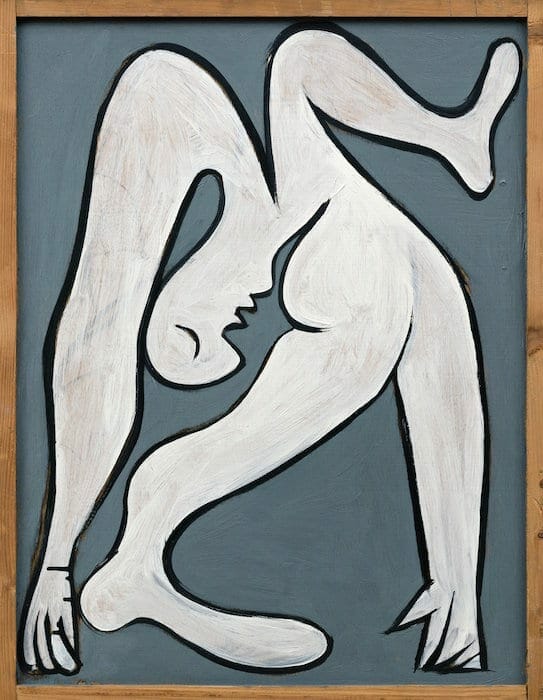 Picasso liked to deconstruct. This is evident in cubist paintings and sculptures like The Straw Hat With Foliage (1936) and Head of a Woman (1962), in which faces and bodies are taken apart and rearranged. You can see it in the 11 progressively simplified versions of Le Taureau (1945-46). The animal in profile starts off bullish, as it were, a study of mass, volume and power. Gradually, it gets flatter, simpler, more abstract. At one point, its body is compartmentalized like a butcher chart. In the finale, it is reduced to a single-line silhouette.

The image is, however, still a bull. Picasso never totally abandoned the figure, especially the human body and his exploration of the human condition. In contrast, Calder converted to abstraction after an epiphany in Piet Mondrian’s studio in 1931, and largely stayed the course. (A Calder-Mondrian exhibit would also show the inspiration for the former’s simplified palette, use of asymmetry to create rhythm and vocabulary of shapes.)

If Picasso was earthly, Calder was up in the air, from his gravity-defying wire acrobats to his (literally) groundbreaking mobiles. Making good use of his training as an engineer, he figured out not only how to make sculpture float but how to make it move. His imagery was also mostly skyward, from the acrobats to the evocation of planets, solar systems, wings of planes.

Even his temperament was lighter. Artist Fernand Leger once wrote that Calder was “serious without seeming to be.” That deceptive tone, along with the ubiquity of his lackluster prints and familiarity of his imagery, have contributed to the diminution of the artist’s reputation. Just as Edvard Munch’s The Scream loses its punch when emblazoned on a shower curtain, Calder’s mobiles are not so daring when they dangle over every baby’s crib. 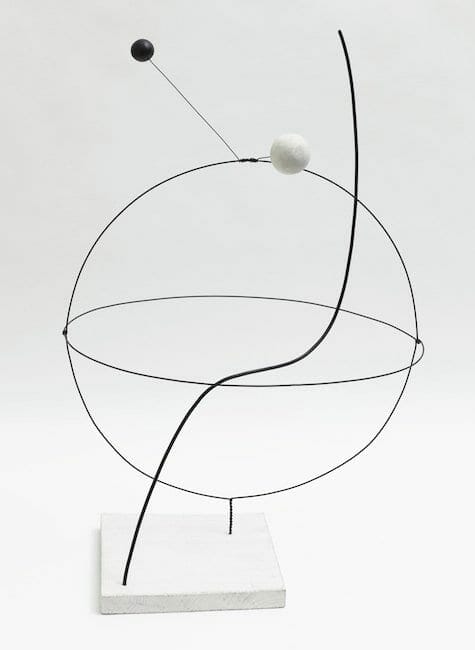 One of the strengths of the show is how it engages the viewer to see the artist anew. Here is the Calder whose works were radical and surprising before they were familiar. Here is the Calder whose seeming simplicity belies formal sophistication. He was, for instance, a master of the sleight of eye. Solid and void switch places in Croisière (1931), in which wire lines conjure multiple planes and volumes out of, as it were, thin air. It’s op-art illusion before the fact.

In the end, the premise of Calder-Picasso is less important than the opportunity to celebrate the artists’ fertile imaginations.