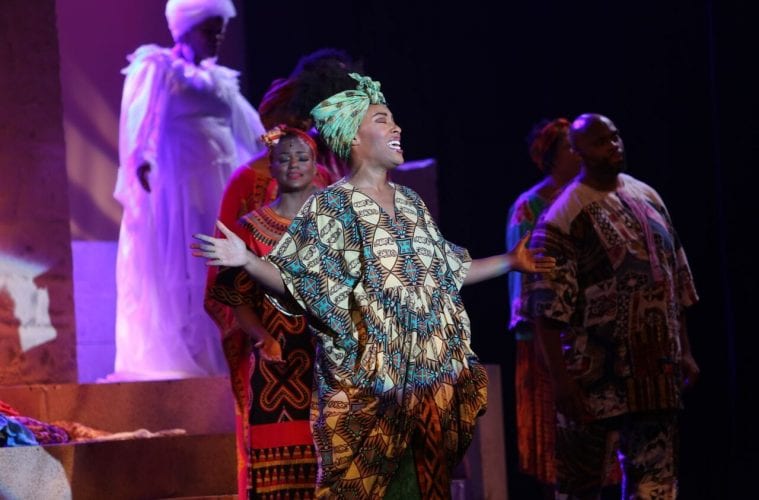 Review: “Black Nativity” lifts the spirit as it takes the audience to the foundation of American music 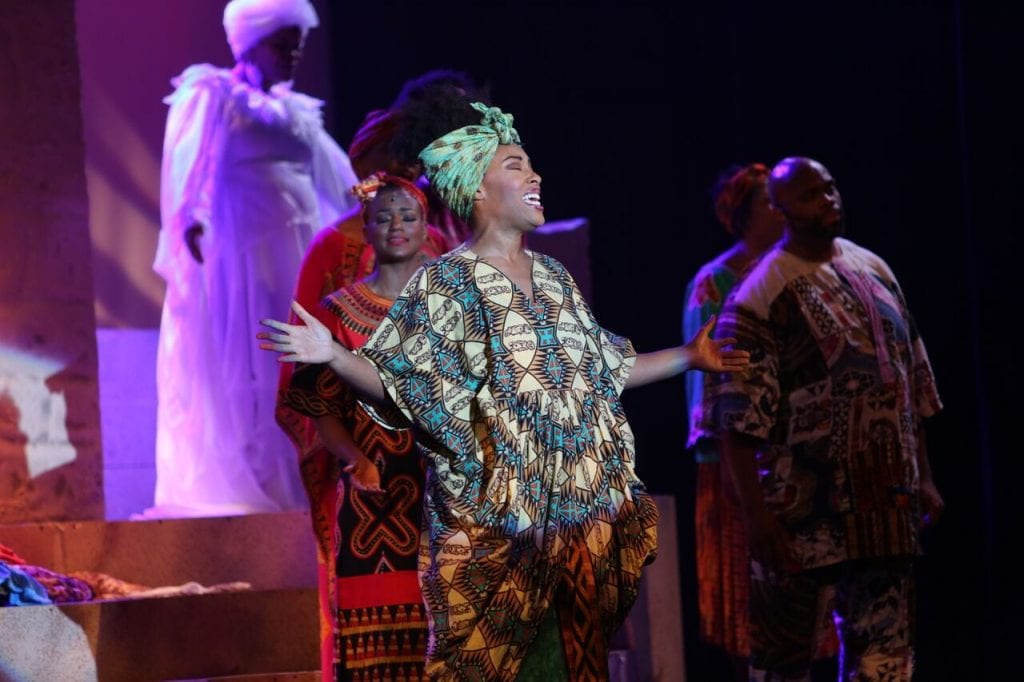 The beauty of Black Nativity is that it takes the audience to church.

The African-American church has served as the inspiration and foundation for American popular music and dance crazes since the 19th century.

During a traditional black church service — often featuring mimes, praise dancers and a boisterous gospel choir — it is possible to see the roots of everything from James Brown’s infamous dance moves to the Nae Nae.

In Dominion Entertainment Group’s production of Black Nativity, running through December 20 at Southwest Arts Center, the performers turn what could have easily been a Christmas-themed gospel musical revue into an uplifting history lesson on the origins of black music. The story itself also offers a slightly different interpretation of Jesus’ birth, with Joseph and Mary in Africa, and not in what is now known as the Middle East.

Margo Moorer is the star of this production as Pastor Bridgewater, who delivers the Christmas sermon and narrates the story of Jesus’ birth. When the show opens, the spirit is moving in the sanctuary, which is filled with all of the stereotypical black church member archetypes — opinionated church mothers, scene-stealing deacons and an over-the-top choir director dressed in red from head-to-toe.

Suddenly, as the congregation sings “O Holy Night,” the church transforms into an African Jerusalem where the story of Jesus’ birth is told through songs with an infectious, energetic African dance number.

Unfortunately, the beautiful singing of “O Holy Night” and the outstanding African dance are overshadowed by the terribly awkward and too long transition from the modern church to Jerusalem. This was a directorial misstep at a critical moment in the show for Robert John Connor, who helms an otherwise tight production.

The audience, however, did not seem to mind and stuck with Connor and the large cast of outstanding singers. There was not a weak link in the choir, and standout vocal performances include: the three shepherds (Brandin Jay, Benjamin Moore and Leo “Da Venci” White) singing “Behold The Star,” Olrick Johnson, Jr., and Andrea Connor’s rendition of “Mary, Did You Know?” and Sara Von Davenport’s moving version of “In The Presence Of A King.”

Keith C. Wilson, the musical director, does a wonderful job bringing the best out of so many varied voices — the only gripe is that there is no song list in the program or posted in the theater.

Kudos also go to Dawn Axam’s ambitious choreography, which was well-executed, and she made good use of the aisles, especially with so many people in a small space.

The audience sang and clapped along with the music throughout the production, but sometime after the birth of Jesus, Black Nativity evolved from being a musical revue to a spiritual experience where the cast and the audience had church together. There was a moment during the performance when the cast and audience members were worshipping as if they were in church and not in a theatrical performance, which is a rarity, even in December.

For anyone who appreciates wonderful singing and is looking for an evening of inspirational, gospel choir music, Black Nativity is a Christmas treat.