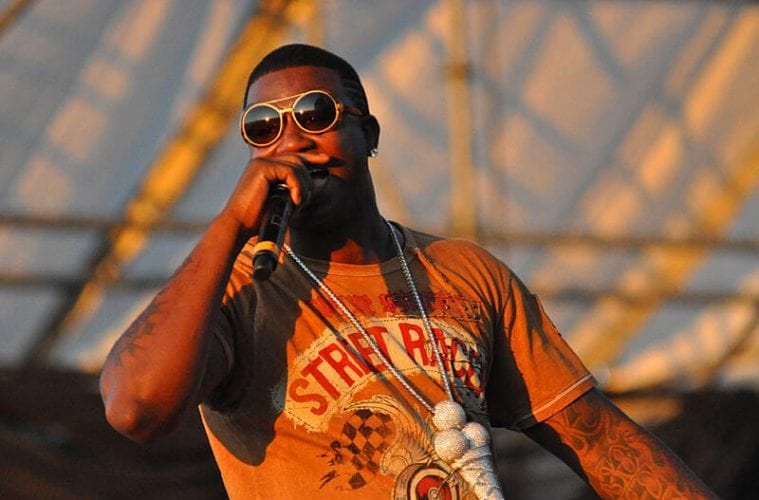 Review: “The Autobiography of Gucci Mane” is a necessary reintroduction to Atlanta trap god

Over the years I’ve gotten to know the trap rap architect Gucci Mane by attending his mixtape release parties, covering video shoots downtown and hearing “Lemonade” blared from car stereos years after its 2009 release. But the first time our paths crossed, I met him as the outlaw.

Our first in-person encounter was on May 12, 2010. I didn’t even live in Atlanta yet — I was visiting. Gucci had been incarcerated for six months after only completing 25 of 600 community service hours for an assault charge. At midnight, he walked out to the Fulton County Jail parking lot. There stood friends, such as late rapper Shawty Lo, and media, including MTV News. Printouts of his public statement were handed out so everyone could follow along as Gucci read to the cameras. “I’m looking to the future with a newfound respect and appreciation for the law and a strong dedication to my music and career,” he said.

The Autobiography of Gucci Mane drops a few weeks after the Decatur Book Festival, the country’s largest, on September 19. In a perfect world, he would at least have been a guest speaker, as it takes place in his hometown and all. Festivalgoers would recognize him as one of those who solidified Atlanta’s reputation as a hip-hop capital. They might recognize a song or two, from his dozens of mostly underground or unauthorized releases, making him a folk hero wearing a Bart Simpson chain. But even the uninitiated would be fascinated by his debut book. It’s his take on why he isn’t a household name — how every time in the past decade he came close to mainstream success, he went to jail. Hip-hop journalist Neil Martinez-Belkin cowrote the book, though its language is so direct, it reads as if Gucci is speaking to the reader. His innumerable false starts are articulated with a stark honesty rare in most autobiographies. Critics initially positioned trap as the new gangsta rap during its mid-2000s beginnings. But Gucci’s approach is ostentatious, with its abstract wordplay and comedic flourishes. (Longtime producer Zaytoven compares it to nursery rhymes.) No one fully grasped Gucci’s influence on rap’s next generation until he kept landing in jail, which kept him from dropping music at least momentarily. Some of the book’s most illuminating anecdotes show how Gucci became an unofficial A&R. He saw past the fake chains Quavo and Takeoff of Migos wore to their first meeting. He remembers meeting Young Thug long before he modeled for Calvin Klein, when he still wore a mask to cover up teeth that needed work. “When [Thug] would take it off to record it would be like Scorpion from Mortal Kombat pulling his mask off and breathing fire,” Gucci writes.

Gucci gives himself credit where credit is due. Hopefully, one day he will be able to talk more about his artistry and keen sense of intuition, Inside the Actors Studio style. For now, the man behind the album The State vs. Radric Davis understands that he must answer to his reputation. He wrote this autobiography during his most recent, 39-month sentence at a maximum security prison.

Gucci revisits how he became defined by that rap sheet. He reveals that Rick Ross once told him, “If I were you, every time I rapped I’d say, ‘I killed a n—- and got away with it.'” (That 2005 murder charge was dropped and ruled as self-defense.) Hip-hop has historically prized The Wire-type narratives over the mostly clean, suburban fun of rappers like Lil Yachty. But Gucci doesn’t glorify what he did. To address the night Ross remembers, Gucci cites news stories by MTV, WSB-TV and The Augusta Chronicle. He includes an APD report for when he was found with marijuana and a Glock in East Atlanta, cursing at cops. “Truthfully, I don’t remember much from September 12 and 13, 2013, but based on the stories I later heard, it’s not the sort of shit I should be discussing right now,” Gucci writes. He stops short of providing his side when such details might incriminate him further.

Gucci does speak for himself when talking of his past addiction to lean — a lethal cocktail featuring promethazine codeine cough syrup, and a hip-hop motif since around 1990. Listeners have lived vicariously through his odes to his $1,000-a-day habit for years. By contrast, he describes drying out in Fulton County Jail, losing 25 pounds in less than three weeks, as plainly as his doctor did: “You’ve been constipated.” This story is sobering.

Speaking to Antichrist Superstar Marilyn Manson for CR Men’s Book, Gucci claimed that he has yet to read an autobiography he likes. “Everything they tell you you basically already know. I want to know what Mike Tyson was thinking when he was fighting Holyfield. I don’t want to know what happened, I watched it,” he said. Gucci’s autobiography feels like him testing his personal boundaries, wanting to do things differently. That 2010 press statement, declaring a “newfound respect and appreciation for the law”? We all could have guessed that was nonsense in retrospect. But for Gucci to admit that on the page — that sort of confession is why we want these accounts to start.