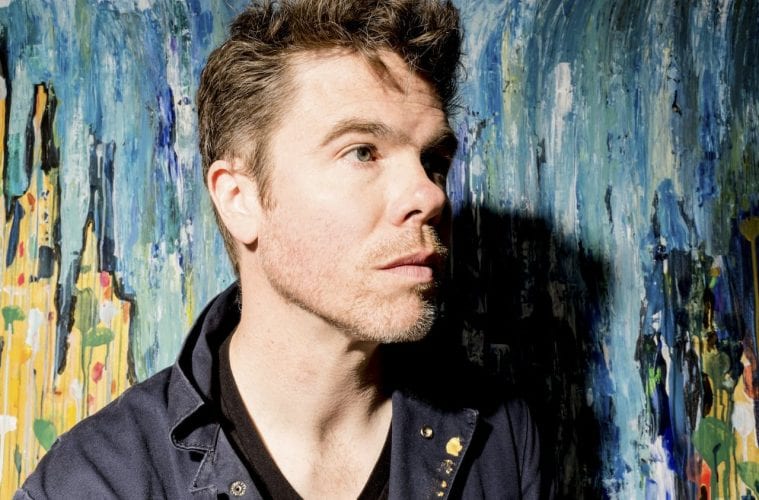 Singer Josh Ritter is a very familiar face around Atlanta. It seems like the Idaho singer-songwriter, who produces songs with quasi-mystical lyrics just as easily as he sings about rural adolescence or Brooklyn living, has performed in Atlanta or Athens nearly every year for a decade.

For a while, Ritter and his band made the Variety Playhouse their Atlanta home, so his sold-out show at the more intimate Terminal West on Friday was a treat.

During his span of Georgia shows, he’s grown his following and his status as a headliner — for a 2010 gig at Center Stage in Midtown, he was the opening act. As a sign of this status, folks at his shows now sing along to nearly every single tune.

Even as he has grown in popularity, Ritter has maintained a self-deprecating delivery. He has an “aw shucks” disarming stage presence and appears unabashedly happy nearly all the time; simply put, there’s a lot of joy on stage when Ritter and his Royal City Band perform. He can, however, quickly turn introspective and quiet to give his contemplative ballads more weight. During these tunes, he sings with his eyes either closed or just barely open.

Ritter’s most recent albums have leaned toward churning guitars and wisps of rockabilly; during his Terminal West show, new guitarist Josh Kaufman brought an air of effortless grit to Ritter’s uptempo tunes. Ritter has always created an engaging show by alternating these louder numbers with solo acoustic ballads (at Terminal West, these included the ever-popular “Idaho” and “The Curse”).

The Ritter shows in Atlanta and Athens have rarely introduced cover material, but the singer threw a tune he’s been performing into the mix toward the end of his set, slightly before the omnipresent, but always impressive, “Kathleen.” For Roger Miller’s “Engine Engine No. 9,” Ritter sang in a light, breezy voice, the sing-songy melody propelled by his chipper vocals.

Zachariah Hickman, Ritter’s longtime bassist, opened the show with Barnstar!, an innocuous bluegrass party band that shined when performing cover songs. In an ode to the headliner, the band introduced a livelier version of Ritter’s “Darlin’,” turning a slow lament to a mournful country ballad. Performing Ritter’s tunes has been Hickman’s job for 18 years, and adding his own spin on the song proved a perfect warmup for the main act.