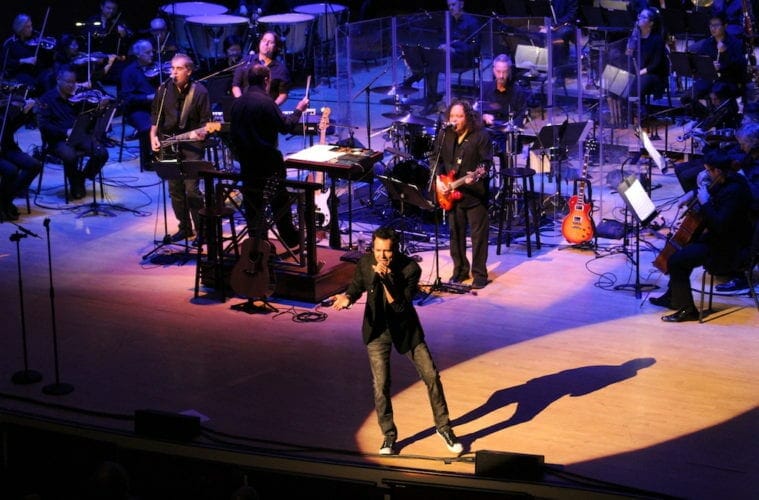 The Rolling Stones have always had a paradoxical relationship with classical music. Their garish sound and rapscallion image entered the rock ‘n’ roll lexicon as the soundtrack to nights of hard liquor and biker gang pool halls, yet sensitive 90s alt-rockers The Verve built a hit single (1997’s “Bittersweet Symphony”) around a sample from an orchestral rendition of the Stones’ “The Last Time.”

The classical adaptation of rock groups can make sense — the psychedelic whimsy of The Beatles or the impassioned brooding of Pink Floyd transfer seamlessly to the billowing majesty of the symphonic realm. But the Rolling Stones, at their core, comprise a sweaty, working-class Brit’s take on 12-bar blues — hardly the smoothly moving stuff of classical grandeur and crossover.

Still, there’s something about the Stones’ cannon works in a classical style. Ensembles ranging from the Vitamin String Quartet to the London Symphony have found a depth of character in their music that lands like a lawn dart in the yard of Vivaldi when it’s tweaked just right.

As I prepared to take in the Atlanta Symphony Orchestra’s performance last Friday, questions about how the material would be adapted loomed large in my thoughts. The answer was to combine the ASO with a live rock band that played so loud the symphony was largely inaudible. A collaboration with Windborne Music, the event came together as a celebration of the Rolling Stones’ legacy to coincide with the 50th anniversary of Let it Bleed. The touring Windborne band, led by the endlessly enthusiastic Brody Dolyniuk, plowed full throttle through the Stones’ best known work, turning in a night of high octane blues rock that would have been just as enjoyable without the ASO’s limited involvement.

The show kicked off with a solid rendition of “Sympathy for the Devil” during which the audience seemed more involved than the orchestra, happily answering Dolyniuk’s calls to replicate Mick Jagger’s signature yelps and howls. Other high-energy Stones staples like “Satisfaction,” “Brown Sugar” and “Jumping Jack Flash” burned by with similar effect. The band was solid. Dolyniuk aped Jagger to a T — even taking the time to walk the audience with a series of the singer’s signature dance moves.

Guitarist George Cintron’s guitar work was showcased in a standalone solo ala Eddie Van Halen’s “Eruption” followed by a symphony-rich instrumental passage that served as the night’s artistic high point. This, combined with Dolyniuk’s outstanding showmanship (which culminated in his taking a jog through the audience for high fives), made for a happy crowd that left feeling positive.

The symphony was not wholly without its moments, with the lion’s share of them found in the ballads. “Ruby Tuesday” was bittersweet against the ASO’s warm strains while crowd favorite “You Can’t Always Get What You Want” culled forth poignant guide tones from the violins. Other strong moments for the ASO included “Gimme Shelter,” where the symphony added a cinematic grandeur. Similarly, the orchestral swells in “Wild Horses” evoked the spaghetti western soundtracks of Ennio Morricone.

Such welcome contributions were always enjoyable but never elevated the night to anything artistically significant. When the masters of one genre seek to interpret the standards of another, it is usually best realized when the conventions of the interpreting stylist are used to find a new level of compositional depth in the material. Jazz pianist Brad Mehldau covering Radiohead is a great example. By contrast, the night’s arrangements gave the ASO little to do besides underscore a jukebox of by-the-book renditions of famous Rolling Stones songs. It would have been nice to hear something unexpected — a symphonic instrumental suite of Stones themes or a rearrangement of the rock band parts that allowed the symphony to take to the foreground.

On the sliding scale of artistic accomplishment, the Windborne/ASO collaboration falls somewhere between “excellent bar band” and “passable Las Vegas revue.” Ultimately, enjoyment of the event depended on what elements the given attendee was more keen to hear. For an upbeat night of well-played classic rock that replicated the jubilant intensity of the source material to a T, it was second to none. But for those wanting to see a real rock/classical fusion, the symphony seemed like the plot in a Michael Bay movie: only present in the background to tie the fireworks together.