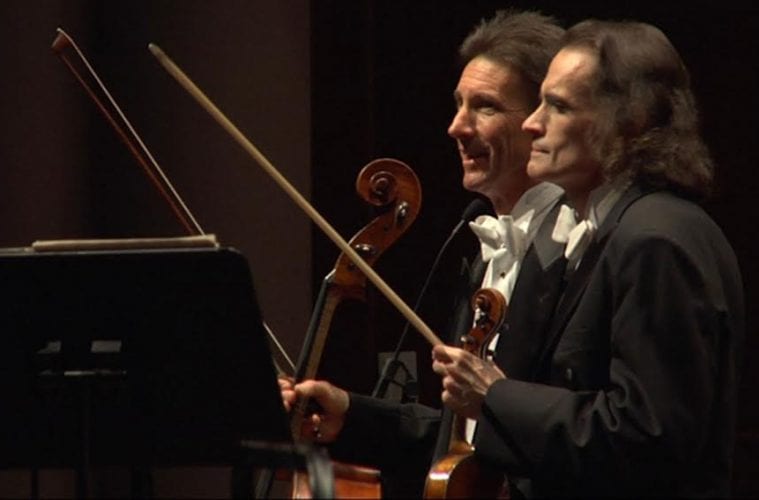 Cristina Cassidy loves crafting a story. The Charlotte-based filmmaker’s most recently completed creation is Concerto, a feature-length documentary about the lives of two brothers, Charles and Christopher Rex, who overcame a traumatic childhood at the hands of their brilliant but disturbed and abusively controlling father, yet grew up to become highly respected classical musicians. Christopher Rex has worked as principal cellist of the Atlanta Symphony Orchestra since 1979. Charles Rex is a violinist who has worked with the New York Philharmonic since 1981.

The film made its public debut on April 3 at 7 Stages Theatre, as a non-competing entry in the Atlanta International Film Festival. Concerto will again have a public screening on Saturday, May 21, in Madison as part of the Madison Chamber Music Festival (Chris Rex happens to be the festival’s artistic director). The film has also been accepted to the Madrid International Film Festival in Spain, where Cassidy has been nominated for Best Director of a Documentary Film.

The root of Cassidy’s motivations for creating the film go all the way back to her own childhood in Central Florida, where she grew up with the Rex brothers. “I played second violin, and was in the Florida Symphony Youth Orchestra with the brothers in [junior high] school,” says Cassidy. “Christopher Rex and I were in first grade together, and were also in our eighth grade musical together. I was the ingenue, he was the comic relief and stole the show as a crotchety old man.” 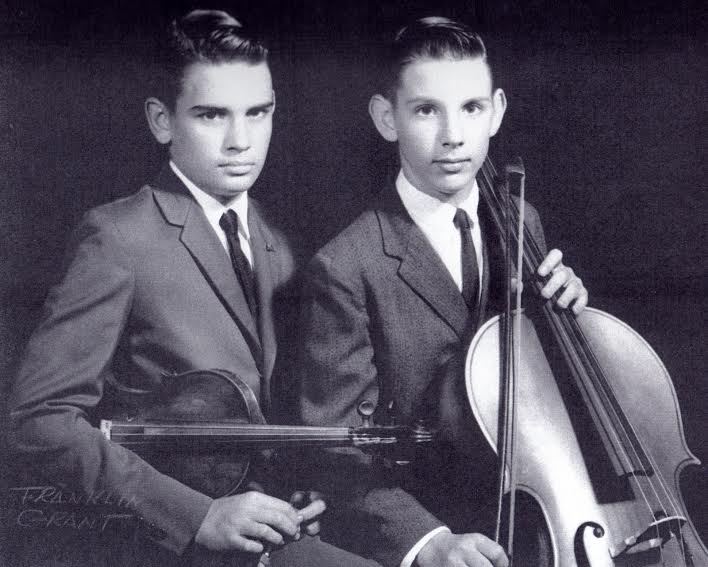 Charles (left) and Christopher Rex as musical prodigies in 1962. (Photo by Franklin Grant)

She also recalls going over to their house on occasion to play string quartet music and remembers their mother, Betty, as being “sweet” and their father, Charles “Pa” Rex, Sr. as “charming and very imposing.” After eighth grade, Cassidy’s family moved to Washington, D.C., and she lost touch with the Rex boys.

Years later, in 1985, while pregnant with her first son, Cassidy was watching television, a performance by the New York Philharmonic on PBS, and spied what seemed a familiar face. “I noticed a very handsome young man walk out on stage and sit next to the concertmaster,” she says. “When he raised his violin to play I screamed, ‘Charlie Rex!’” She immediately phoned the New York Philharmonic. “He called me back and our friendship was back on.”

The idea that evolved into Concerto had a long gestation period. In 1996, Cassidy first mentioned to Charles the idea of making a short film about him and Chris. Finally, in 2008, the year she established her own production company, Charles agreed and got Chris on board.

“Mind you, this was going to be a short film,” says Cassidy. “But at the first interview with Chris, as the disturbing nature of their childhood unfolded, I knew this was a bigger film. Then I interviewed Charles and I was certain.” In the end, Concerto was eight years in the making.

Concerto‘s first four minutes establish the Rex brothers’ strong intuitive connections as siblings and their repute as musicians (including testimony from no less than conductor Zubin Mehta and cellist Yo-Yo Ma), then suddenly reveals that they emerged from a childhood that was deeply troubled.

Fade to black. Then, with a jittery jump-start, flickering, discolored 8mm home movies encapsulate the title sequence, offering an impression of dutifully recorded memories gone half-suppressed in their recognizable but cloudy imagery. The sequence ends with the shouting of the angry father, the celluloid appearing to burn and disintegrate, leaving a stark white screen. In less than five minutes into the film’s total 74-minute length, the emotional dichotomy is set and the story begins to unfold about the lives of these two successful artists, and their personal struggles to overcome the darker vestiges of their past.

The story could almost be told with the audio alone, but the understated camera work and editing complete its feeling of continuity to the end without trying to draw undue attention to themselves. Interviews with other family and friends enhance the story’s flow and insights. It moves at a pace that doesn’t feel rushed or become pedantic.

“It’s a very human documentary,” says Christoper Rex. “Very personal, very revealing, so sometimes I feel a little exposed. But I think it’s a very accurate snapshot of what our life was like.”

By the end of the film, the brothers have, in different ways, mostly reconciled themselves with the memories of their father, in particular through performing his musical compositions. They reveal a side of his personality the sons never knew, never encountered directly from him. With the last notes of a duet for violin and cello, written by the long-deceased father and performed by the sons, Concerto leaves the viewer with a lingering question: Have we become who we are because of our past, or in spite of it? Most likely there can be no singular, definitive answer.