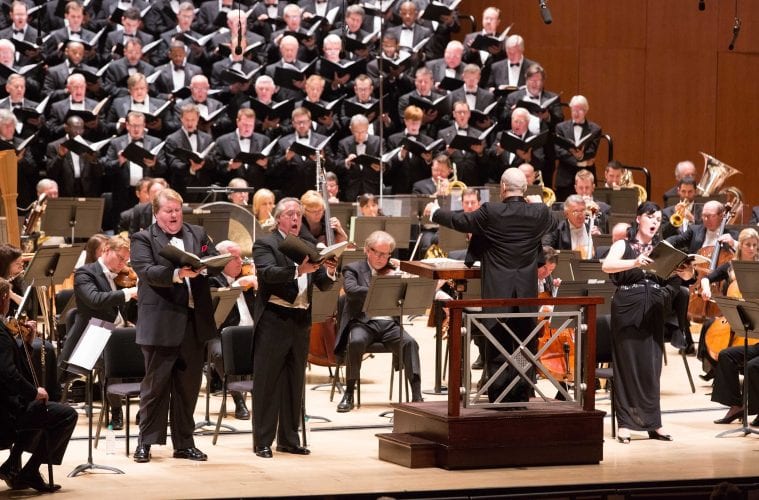 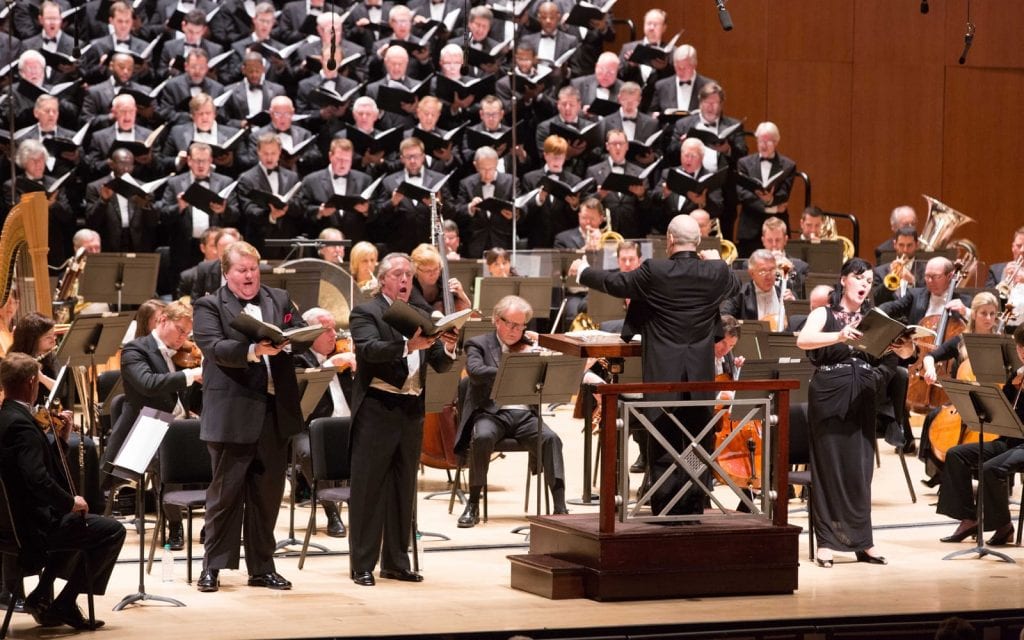 The ASO has a long legacy with Britten’s “Requim.” (Photo by Jeff Roffman)

These performances of the “War Requiem” are among the shoals of concerts worldwide celebrating the centenary of Britten, who was born November 22, 1913, in Lowestoft, a town in the English county of Suffolk. Britten composed “War Requiem” to celebrate the consecration of Coventry Cathedral in England, which had been destroyed during World War II by German bombing raids. It premiered at the cathedral on May 30, 1962.

A lifelong pacifist and a conscientious objector during World War II, Britten juxtaposed the Missa pro defunctis (“Mass for the Dead”) with the shockingly realistic poems of Wilfred Owen (1893–1918), an English soldier and rifle unit commander killed in battle one week before the end of World War I. Owen’s graphic poems, without inflated romantic sentiment, depict the horrors of war and portray soldiers on both sides as kindred souls, guileless pawns of those who sent them into battle. 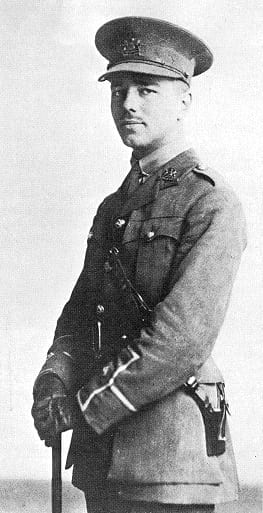 While he has conducted much music by Britten, this was Spano’s first time at leading the “War Requiem.” Likewise, it was baritone Powell’s first performance of the work, though definitely not his first appearance with the ASO. But the rest of the forces onstage had experience with the piece behind them.

The orchestra has a distinguished history with the work. The ASO and Chorus last performed “War Requiem” in 2002, led by ASO principal guest conductor Donald Runnicles, which included both tenor Griffey and Gwinnett Young Singers. Other ASO performances go back as far as 1968, including a recording under the late Robert Shaw, released on Telarc in 1989, that is likely second in importance only to Britten’s own recording of the work.

There is even more experience being tapped in this performance: Griffey is likely the top interpreter of Britten’s music for tenor today, the reputation coming even more from his command of the title role in “Peter Grimes,” but well-supported by his performance in “War Requiem.” Dobračeva and Griffey have previously recorded the work as soloists, together with Netherlands Radio Philharmonic under the baton of Jaap van Zweden. A half-dozen years before, Griffey also recorded it with London Philharmonic and Kurt Masur.

Griffey, a native of High Point, North Carolina, and a distinguished artist in residence at University of North Carolina School of the Arts, has an insight into the text akin to Peter Pears without the vocal idiosyncrasies. His is a bright, empyrean voice that is well supported by excellent musicianship and the ability to shape phrasing down to a genuine pianissimo in passages where that is not particularly easy.

Dobračeva, who had most recently performed “War Requiem” this past November in Edinburgh and Glasgow, brought both intensity and eminent presence to her part. Like Griffey, Powell’s strong but warmly rounded baritone, drew forth the poignancy from Owen’s poetry in his solos, and they made a good pair in their duets.

Britten divided his performing forces into three parts. A chamber orchestra drawn from principal chairs was positioned centrally in front of Spano, and accompanied Griffey and Powell. A very large orchestra completely filled the available stage around them, and accompanied Dobračeva and the ASO Chorus. And within that were notable passages where the brass section distinguished itself. Singing from the back of the top balcony, Gwinnett Young Singers provided an ethereally distant spiritual voice as the third group.

Although his first time out conducting the “War Requiem,” the work suits Spano well, not only the intellectual comprehension of Britten’s musical and dramatic elements but also, as an avidly literary person, what also seems his own engagement with Owen’s poetry. The hour-and-a-half, intermission-less performance all came to a chillingly beautiful ending, with special kudos going to the mighty ASO Chorus in those final moments. It was a moving conclusion to what is arguably the most significant non-liturgical setting of the “Requiem” text of the 20th century.