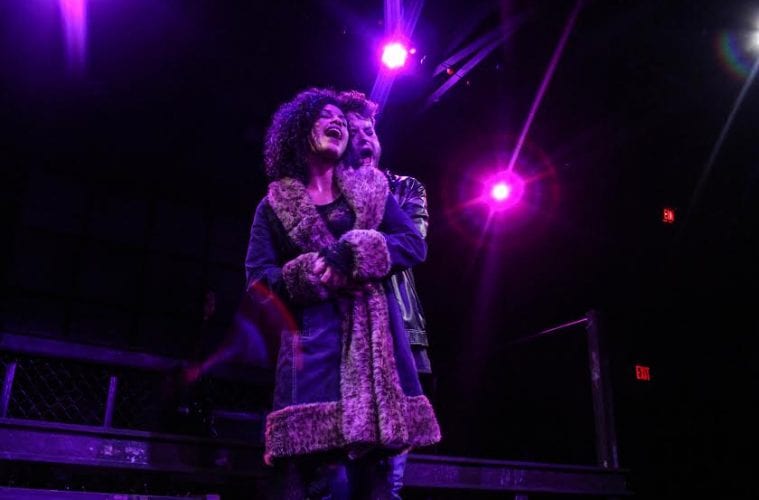 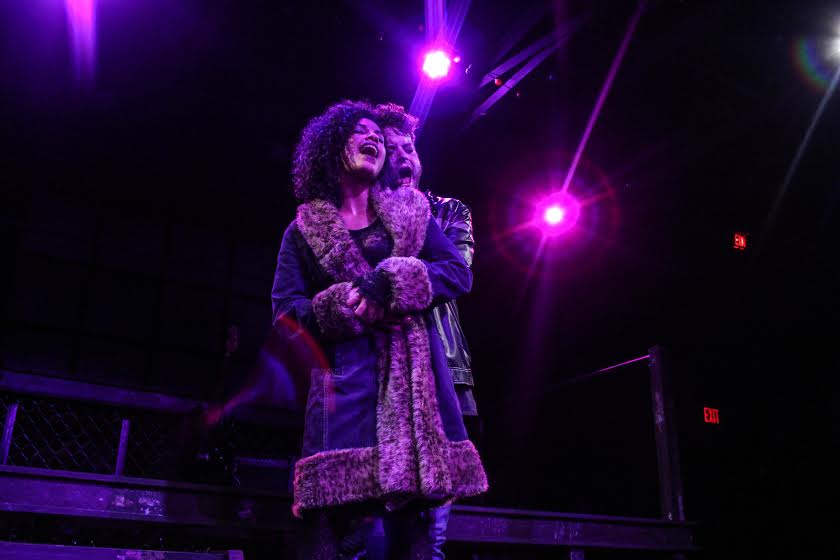 It may be a little dated. It may also be such an integral part of modern pop culture that it’s hard to remember when it was the renegade toast of Broadway. Let’s face it, even middle schoolers know Rent these days — and some probably have “Seasons of Love” ringtones.

Yet almost 20 years after its Broadway debut, Rent still remains something special. Creator Jonathan Larson passed away before he could see his show win several Tony Awards (including Best Musical) and become a production that re-invigorated musicals and brought all ages to the theater. Whatever cast has come and gone over the years, the score remains as exhilarating as it has always been.

Now running locally through August 16 in a solid version at Actor’s Express, Rent proves to be a comfy fit for the company. A couple of casting issues prevent it from being a Grade A production, but it’s still worth seeing.

Based on Puccini’s opera La Boheme, the musical follows a group of twenty-something friends in the East Village. Mark Cohen (Patrick Schweigert) is a filmmaker sharing an apartment with Roger Davis (Jeremiah Parker Hobbs), an HIV-positive musician. 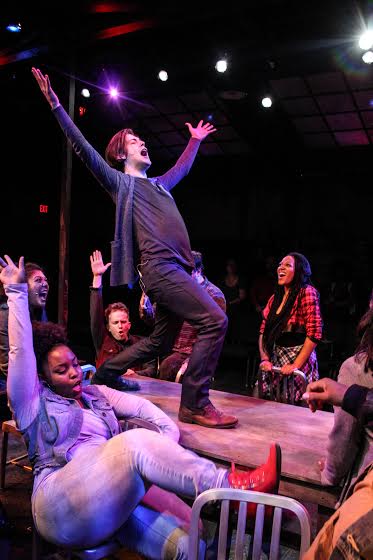 One night Roger meets Mimi Marquez (Julissa Sabino), a stripper whose candlelight goes in and out as she visits his apartment. Roger and Mark are friends with Tom Collins (Greg Hunter), a part-time philosophy professor who meets Angel Dumott Schunard (Austin Tijerina) on the street after he is robbed. They start dating almost immediately. Other characters of note include Maureen Johnson (Jennifer Alice Acker), a performance artist — and ex of Mark — who is now romancing lawyer Joanne Jefferson (Jeanette Illidge).

When this version of Rent is at its best, it’s often terrific. As directed by Freddie Ashley, it has some gorgeous moments. The 16-person cast — which also includes such talented performers as Trevor Rayshay Perry, Ashley Tate and Michael Stiggers — is mostly on target.

Choreographer Sarah Turner Sechelski moves the musical well through what initially seems like a cramped stage. Her work on “La Vie Boheme,” which ends the first act, is memorably acrobatically crafted. Music director Alli Lingenfelter also heads up a four-person band who eagerly dive into the material.

Among the large, impressive cast, Sabino is amazing — one of the best Mimis I’ve ever seen. Her “Out Tonight” is sexy and assured, while — in stark contrast — her half of “Without You” is a guttural moment, both poignant and heart-breaking, as she stands alone sweaty and scared. She and Hobbs — proving once again that he’s one of Atlanta’s most versatile, reliable musical theater talents — also spark the less heavy “Light My Candle.”

Acker also has a grand time with Maureen’s “Over the Moon” number, and the whole cast join together for a rousing version of “Seasons of Love.”

Yet a few slightly miscast performers lessen its impact. Schweigert is pleasant enough, with charisma and a wonderfully attuned voice. Another musical highlight is his duet “What You Own” with Hobbs, but his take on Mark Cohen has little dimension.

He sings memorably at one point about how he’s one of the only ones in his group who’s not sick — but what’s missing in the performance is any real sense of that. He’s chipper and appealing, but never seems like a young man facing failure and an inner circle that is slowly passing away.

More problematic here is the character of Angel, who’s really the heart of the musical. Tijerina just isn’t able to do much with the role. He’s a wonderful dancer, recently showcased in Serenbe Playhouse’s Oklahoma!, but his Angel is broad and cartoonish. The actor’s voice is a bit too thin for the material, almost always drowned out by the band, and he isn’t able to give the role any warmth or pathos.

With ebullient musical numbers and vivid characters overall, however, Rent can almost seem critic-proof. This version doesn’t scale the heights the way Express musicals such as Spring Awakening or Gypsy have, but whatever glitches are here mostly evaporate when the cast and score are in sync.