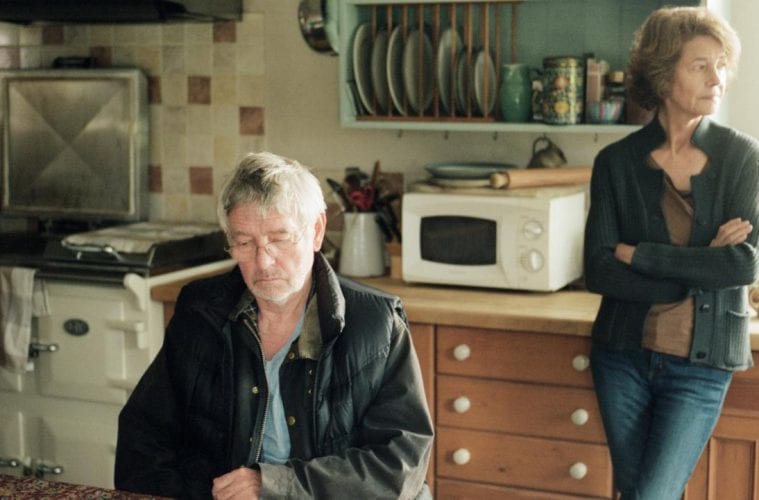 Review: “45 Years,” a film of big questions and quiet truths, is showcase for Charlotte Rampling 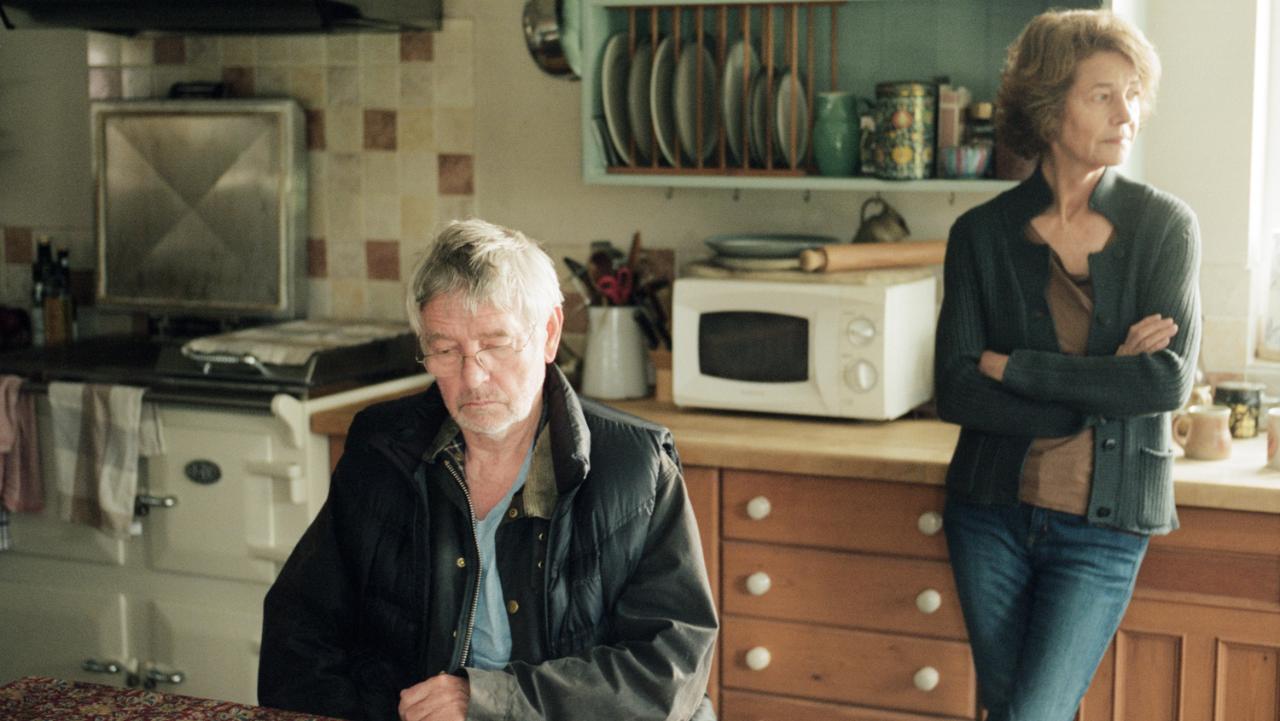 Tom Courtenay and Charlotte Rampling play a couple strangled by their secrets.

Writing about 45 Years puts a critic in a quandary. It’s such a delicate film, constructed not of a galloping plot or virtuosic batches of dialogue. No. If anything, it feels less like a film than a poem — a small work of art that in only a few strokes can convey an entire world of emotion.

Nominated for a best actress Oscar, Charlotte Rampling plays Kate, a retired teacher in a mid-sized British city who lives with her husband Geoff (Tom Courtenay). They’ve been together for, well, the title spells out how long. In the handful of consecutive days the movie covers, Kate busies herself with arrangements for a party to mark their anniversary.

But something else happens that week; the arrival of news about a woman Geoff was involved with in the early 1960s. It would shortchange filmgoers to say much more than that, because the script — adapted by director Andrew Haigh from a story by David Constantine — relies on the precision and simplicity of the facts as they’re revealed. And on their repercussions, both for Geoff and Kate as individuals, and as a couple. 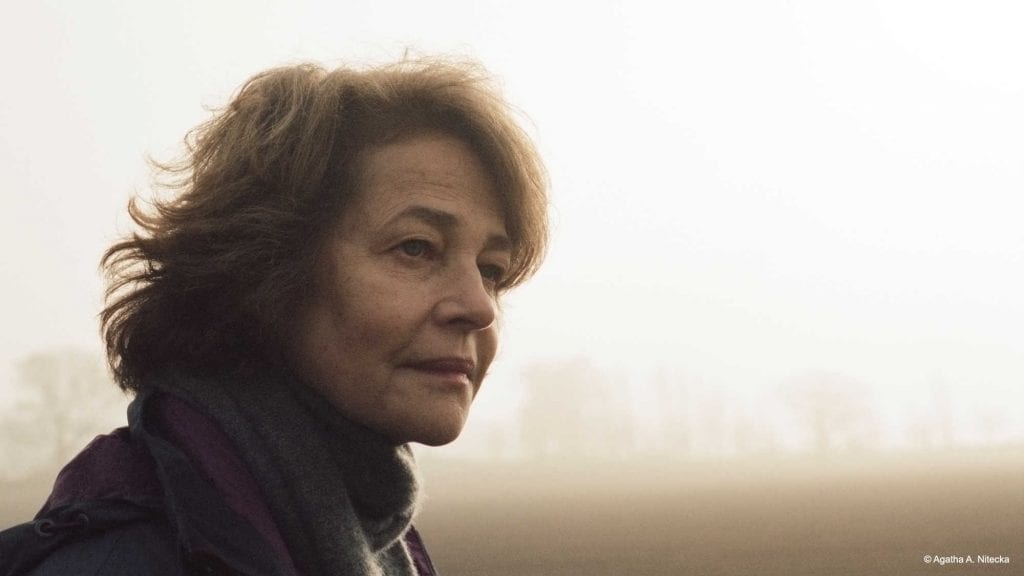 Rampling turns in an Oscar-nominated performance.

The smallest observations and asides can detonate in later scenes — for instance, Kate’s offhand comment to her husband, “You had a camera once.” They talk to each other too much, or avoid talking altogether. They dance in the living room and make love, or try to. They playact everyday routines, but stress shows in the way they each start sneaking the cigarettes they swore off long ago. Not a lot happens, as the days pass, but their entire lives shift.

The movie quietly asks some very big questions. Do we ever really know the people we share our lives with? Do our perceptions of those we love come anything close to the reality of their sense of self and inner truth? And what do you do if you start to suspect that the person you’ve walked through life beside has, secretly, been following a separate path?

Aided by Rampling’s career-best performance, writer-director Haigh is very good at guiding us subtly to these big, buried ideas. He’s best known so far for the smart and sexy film Weekend (2011), about two gay men getting to know each other, in bed and out. (Its astute emotional observations make it a film viewers of any sexual orientation might appreciate.)

In 45 Years, Rampling is getting all the buzz and nominations, and rightly. But co-star Courtenay holds his own in a difficult, bravely thankless role as the reclusive, gray (physically and emotionally) Geoff. The script and the film’s focus don’t give Geoff the same opportunities and screen time as Kate, though. The movie is about her, not him.

And Rampling, that longtime cinematic sphinx, delivers fully on the later-life promise she first began to show with François Ozon’s Under the Sand (2000). Her Kate starts off with a lived-in confidence — walking the dog each day like clockwork, putting at ease young-adult neighbors who still think of her as their schoolteacher.

But a few days worth of discovery and doubt carry her character to one of the year’s most memorable conclusions — a soundless, wordless moment of emotion that conveys, suddenly, a lifetime’s worth of bewilderment and grief.