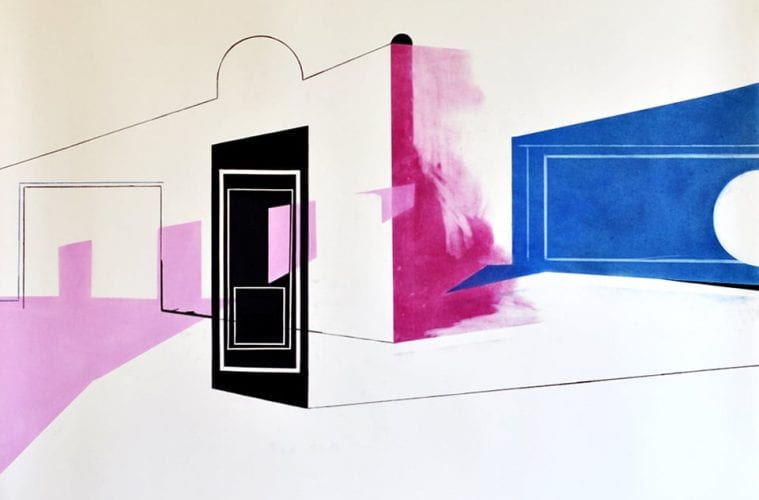 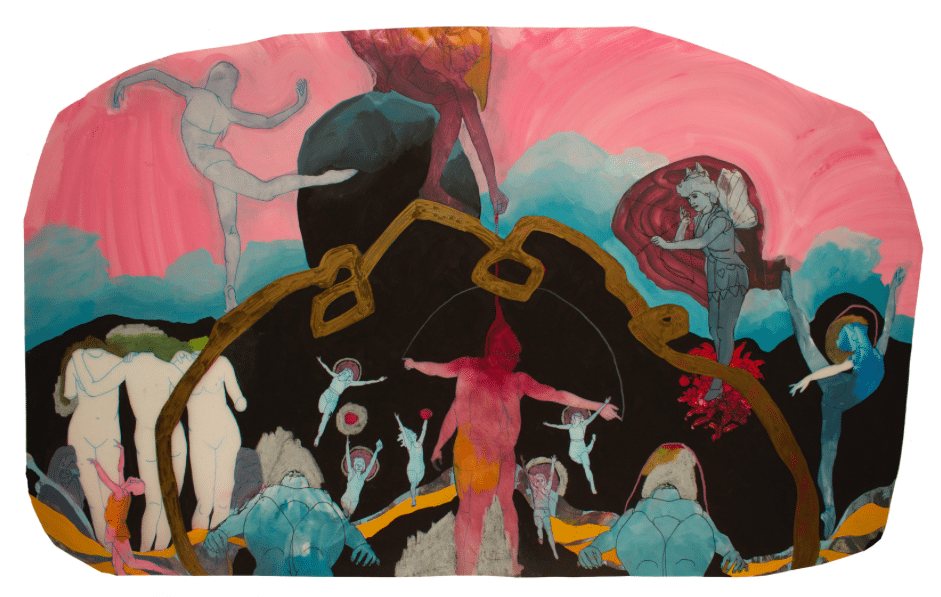 Nymphs and Shepherds Come Away at {Poem88}

Nymphs and Shepherds Come Away: Ten Women Artists Respond to Secular Themes from the Renaissance borrows its title from a pastoral song by Henry Purcell which describes a roseate world in which art, nature and love are tenderly and harmoniously blended. But the play it was composed for, Restoration dramatist Thomas Shadwell’s The Libertine, is a retelling of the Don Juan story that’s violently at odds with Purcell’s pacific vision: Shadwell’s protagonist is a blood-soaked monster who commits countless murders and rapes before being condemned unrepentant to hell.

The exhibition keeps the focus exclusively on Purcell’s sunnier world, rather than the charnel house it’s built on. Among the works that make the strongest impression are the three by Faith McClure, which center on bodies leaping, falling, tumbling and crouching abjectly against the backdrop of disjointed landscapes. McClure’s figures look almost sculptural, poised even in the midst of chaos. A spirit of exuberance animates Zuzka Vaclavik’s Bouquet for Artemisia Gentileschi (2016), a delicate eruption haloed by colored sparks and streamers, and Sharon Shapiro’s Strange Magic (2016) reimagines an Arcadian tryst as a lurid pulp romance cover. Carol John’s witty Renaissance woman (2016) departs most sharply from these traditional images and themes: a repurposed picture of a woman’s hairstyle viewed from the back, it’s unsettlingly overlaid with two googly yolk-like eyes.

While the show has some significant bright spots, the repeated classical iconography of the work often feels tame and mannered, perhaps in need of a Dionysian jolt to wake the dozing shepherds in their fields. 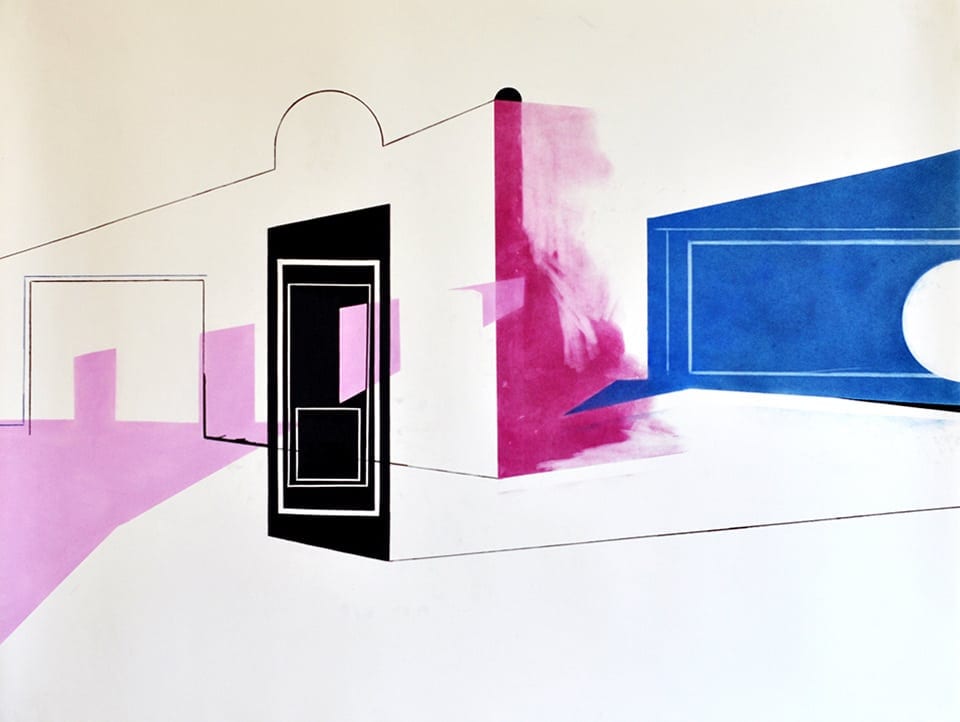 Krista Clark’s In a Manor of Views

Krista Clark, At the Corner of the Sublime: Heights, Manors and Views Drawings at Callanwolde Fine Arts Center

This is Krista Clark’s first solo show, although the Georgia State MFA candidate has already had a piece purchased by the High Museum as part of their recent “Sprawl!” exhibition. It features nine large works on paper, mostly graphite and pastel drawings with occasional cut-out and collage elements. Clark’s work is inspired by contemporary architecture and urban landscapes, and her planes of color can variously suggest building faces, floor plans or real public spaces. Her lines display a similar shiftiness, switching back and forth between representing elements of abstract diagrams and perspectivally rendered outlines of walls and doorways, sometimes within a single continuous mark. The inclusion of collage elements is at times less successful, particularly in works like Greener (2015), which is dusted with a scattering of graph paper fragments that have little relation to the rest of the composition. But polished works like English Pavement (2015) and Mies and Mills (2015) show her technique at its finest. The Mies influence is particularly clear: many of these works resemble his prospective drawings of spaces such as the Neue Nationalgalerie. The exhibition convincingly makes the case that it’s worth watching to see how Clark’s vision develops.