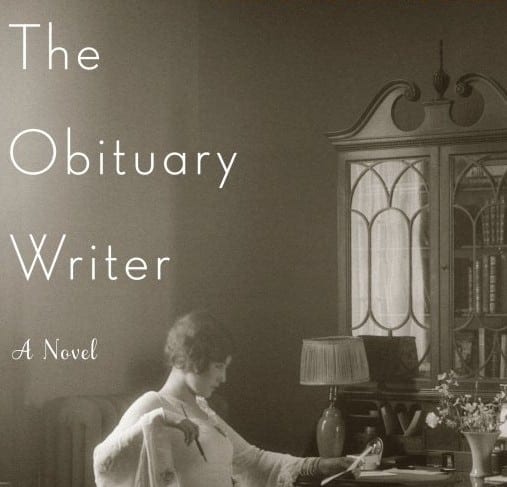 In The Knitting Circle, in 2007, a group of women rally around a friend who has lost her only child. The Red Thread (2010) is a gorgeous story about Americans who adopt Chinese babies; tales of the babies’ initial abandonment in China are some of the most mesmerizing storytelling I have come across in a long while. Hood takes up the theme again in The Obituary Writer (2013, W.W. Norton), which employs the alternating voices of two women, Claire in the 1960s and Vivien in the early 20th century. Their lives and longings echo each other’s: they want to love, to be loved and happy, but both are thrown into emotional tailspins by happenstance. For Claire, the kidnapping of a boy from her neighborhood makes her question her vapid existence and her growing indifference to her husband and sends her into the arms of a married man. For Vivien, it’s the 1906 San Francisco earthquake, during which her married lover, David, was either killed or, as she has hoped for the past 13 years, developed amnesia and is just missing.

Writing about grief runs the risk of being either too maudlin or too terse, but Hood manages this difficult balance with a briskly paced page-turner in which vividly drawn characters, both main and secondary, do not indulge in sentimental preaching.

Claire, a TWA stewardess (as was Hood), meets her future husband, the successful Peter, during a flight. One child later, Claire’s suburban life revolves around perfecting Peter’s martinis, being the perfect mother and looking forward to John Kennedy’s inauguration as president. (Her fascination with such Jacquelyn Kennedy minutiae as what color she’ll wear to the inauguration renders this novel a treat for Jackie lovers.)

Claire’s lover, Miles, a man who talks with her and not at her, alleviates her humdrum existence and her growing awareness that Peter is the wrong companion for her. However, for the reader to truly empathize with Claire’s ennui, Hood should have made Peter a harsher character instead of merely an all-too-common indifferent husband and, moreover, one who, in his willingness to forgive Claire’s affair, actually invokes our sympathy.

When Peter catches Miles and Claire in flagrante and Claire discovers that she is pregnant, she not only has to decide whom she wants to be with, but at what cost one deserves personal happiness. Claire answers this age-old question through interaction with her 80-year-old mother-in-law, Birdy, a superbly drawn character.

Vivien’s best friend, Lotte, is also a rich and nuanced character. The reader meets Vivien as Lotte is getting married and moving away. The single Vivien mourns this “happy” loss; she is going to miss Lotte’s companionship desperately. In contrast to Vivien’s dreamer, Lotte is a realistic woman who helps her husband in their vineyard, cooks meals for the immigrant farmhands and takes judicious care of her beloved children. In fact, Lotte’s life is so rich with simple pleasures that Vivien is “weary from the abundance.” It’s a weariness that Vivien, over the course of the novel, will learn is a gift, as Claire will also learn.

Lotte, forever practical, repeatedly tells Vivien that she has to let David go and move on if she is ever to live a full life. Hood paints such a beautiful picture of David’s and Vivien’s first meeting, a lovely scene involving French and a blue hat, that even the reader is loath to let David go. Unfortunately, Lotte will find that her advice is easier to give than to practice, and in poignant scenes, we watch her fall apart as her own tragedy unfolds and Vivien becomes her support.

“Yesterday, Lotte had screamed, I want to get out of my skin! I want it off! She was wearing her grief, Vivien realized. If she could take off her skin, she might be able to inhabit the right one.”

Vivien’s chapters are written with a tenderness that Claire’s sometime lack; perhaps the 1920s is a more romantic era to plumb and pen lyrically than the confused 1960s, in which gender roles, though still defined, were beginning to crumble and as such are more suited to brusque prose. Moreover, Claire’s affair with Miles can at times get a bit mundane, while Vivien’s affair with David is always touching. Claire seems desperate, Vivien in love.

The reader aches along with Vivien when she arrives at a Denver hospital to identify a man who might be David, and Hood is at her most powerful as she depicts the trajectory from a collective hope to hopelessness and back to hope.

David’s absence, in effect, has turned Vivien into an obituary writer, and Hood’s exploration of what goes into a good obituary, as well as how Vivien draws out more than the mere nuts and bolts from grief-stricken mourners in order to write her memorials, is fascinating.

Hood catapults what could have been yet another story about women yearning for independence in a pre-feminist era into a meditation on losses and how to recover from them, despite the fact that there are some from which complete recovery is nearly impossible. The Obituary Writer ends with a surprise twist, though a savvy reader might guess it early on. No matter. This is a novel which, though sad, leaves the reader wiser.