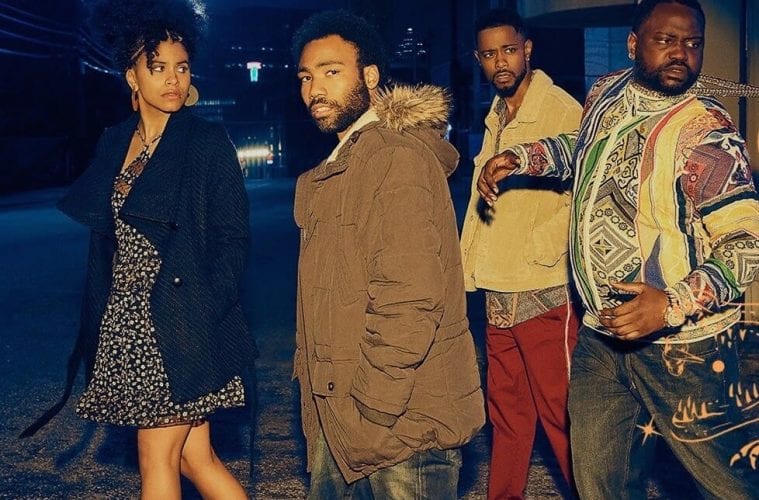 Despite the well-earned accolades for delivering an enthralling work of art, where Atlanta succeeded most was in doing something that has proved nearly impossible in a contemporary context: presenting a nuanced perspective of Atlanta, particularly Black Atlanta, with a sense authenticity, resourcefulness, candor and humor that challenges many of the assumptions generally put forth about the city.

The “idea” of Atlanta — the city and metropolitan area — has always been about branding and business, and usually branding for the sake of business. As the “Gate City” and later the “City Too Busy To Hate,” an identity was forged that focused efforts on casting Atlanta as a progressive and pro-business city where Blacks and Whites could get along for the sake of the corporate good. Eventually, the notion of what’s good for business became what was good for Brand Atlanta, with each iteration of the branding message carefully manicured to project aspirational visions while masking contrasting realities that many actual Atlantans, Black and otherwise, knew to be prevalent. 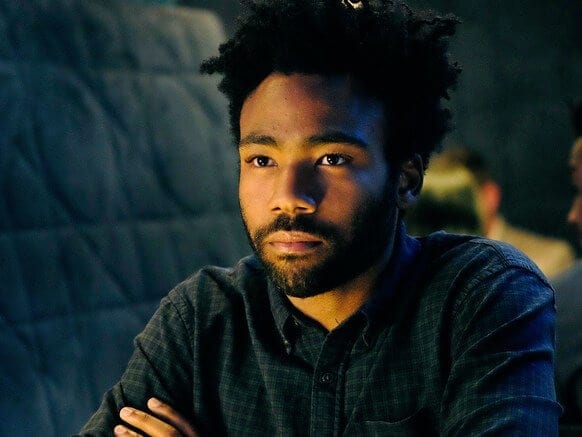 And quite frankly, what was often missing from those Chamber of Commerce-esque portrayals was Black people, or a wider range of Black people. Real Atlanta. Black Atlanta. Working-class Atlanta.

To grow up Black in the sprawling collection of cities and counties that make up the metropolitan ideal of Atlanta is to be connected to or, at the very least, just a few degrees removed from a wide range of Blackness — wealthy, working class, poor, struggling and/or successful — sometimes within the same small geographic area, sometimes within the same family. All of this is hard to navigate and contextualize and present to the world, but Atlanta did it with aplomb; the show is one of the most intricate visual representations of what Atlanta actually feels like to many, and it captures the realities and complexities in ways that only someone reared in this setting could. It was all there hiding in plain sight; you just had to look past the surface and the fantasy.

In February of 2016, several months before Season 1 of Atlanta premiered, Chicago-native Theaster Gates delivered a public talk at Emory University entitled “Black Space,” in which he positioned his work as that of a framer of things who in turn archives and builds altars to the everyday Black experience (e.g., the Stoney Island Arts Bank), and further posited Atlanta as a Black space that was ripe for similar consideration.

As an outsider, Gates customarily offered few solutions as to what that might look like, and instead left the audience with room to contemplate answers. Atlanta, it turns out, was an unlikely example of what that could look like. Atlanta is a Black space — a visual, virtual, fictional Black space that also unlocks truths about Atlanta as a locational Black space — and an altar to the everyday internal and external struggles and remnants of Black people in that space, beautifully written, funny and insightful. Donald Glover emerged as a masterful framer.

This second season of Atlanta — entitled “Robbin’ Season” — intimates a grittier, darker collection of vignettes than Season 1; the title borrows from a local colloquialism about that time of year around the winter holidays when crime in many Black neighborhoods goes up, fueled by urgency, desperation, opportunity and despair. If the second season’s first episode (entitled “Alligator Man”) was any indication of this mood, it can be summed up by the armed robbery in the opening sequence, and more clearly stated by Darius later in the episode, “Christmas approaches, and everybody gotta eat.” 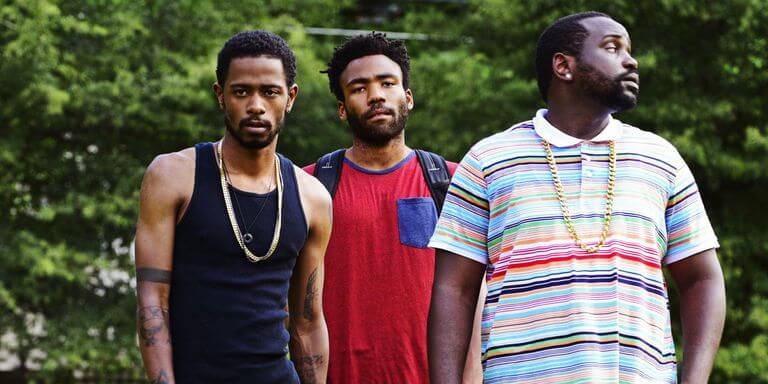 Atlanta depicts an unsanitized side of the city that has seldom been captured on film or on television.

There is an interesting duality at play with Atlanta and Atlanta. Atlanta is a place that exports culture rooted in the hip-hop community, and yet many of the city’s most successful and popular ambassadors — the artists — come from some of its most underserved and overlooked communities, some semblances of which are portrayed in Atlanta. Many of these Black communities have become part of the backbone of Atlanta’s Black identity culturally and politically as a voting constituency, yet aren’t always present in the official narrative the city sells in name of being pro-business. However, the historical success of Atlanta’s music community — and Atlanta as a visual extension of that — shows that there’s still value in these Black spaces, both in human capital and cultural capital, that’s worthy of examination and inclusion.

In the hiatus between the series debut of Atlanta and the premier of the second season, a few things stayed the same while others changed. Atlanta-bred/based rappers and producers continued to dominate music charts (including an R&B Grammy win for Glover under his music moniker Childish Gambino); Georgia continued its strong presence as a film production capital, with the Atlanta area as the hub; local conversations around affordable housing, gentrification, income inequality and mobility persisted; and the City of Atlanta elected Keisha Lance Bottoms as its 60th mayor in a closely contested general election and runoff that exposed much of the veiled racial tension that lies just beneath the surface in this Southern city. 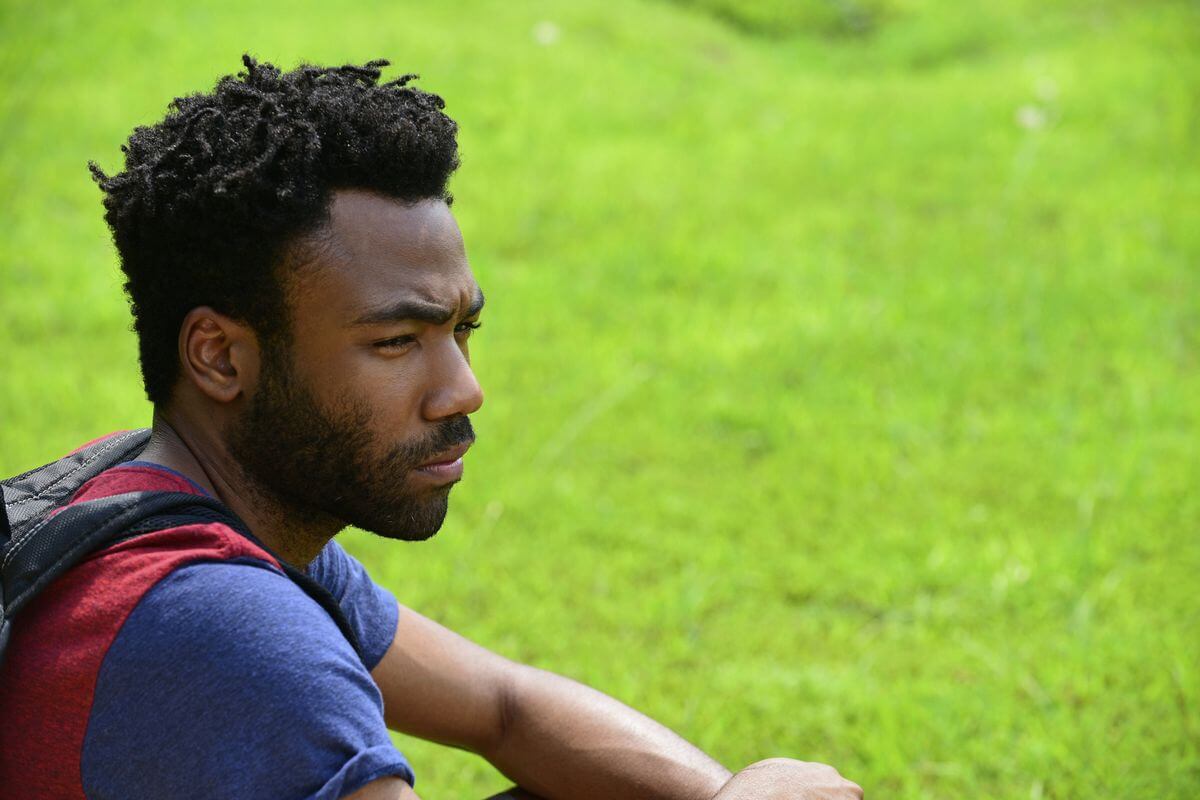 Glover is the show’s creative force.

But during that election, something interesting happened — members of the hip-hop community, namely Killer Mike and T.I. — were some of Bottoms’ most vocal supporters, and ultimately became part of her transition team. If this were Atlanta, it would have been as if Earn, Darius and Alfred — creatives with roots in Atlanta’s working-class Black communities — were now being given a pathway to represent the neighborhoods they come from in an effort to help shape the city’s future; Bottoms’ move was a rare early and public departure from how the city normally presents itself.

A sanitized version of Atlanta without the full range of Black culture — or any cultural community that’s actually present in the area — isn’t the full picture of Atlanta, and yet with music previously and now with Atlanta, marginalized communities are skillfully inserting themselves alongside the corporate community to redefine what a fleshed out composite image of the city should look like. The arts have the power to expand the aperture on what is known and how; civic leaders have to be willing to accept the truths in that knowledge, even if it doesn’t support the previously established branding, and then be willing to update that brand.

This isn’t to suggest that all is well, either in Atlanta or Atlanta. Quite the contrary. But it does suggest that there’s room for wider examination of the “idea” of what Atlanta is relative to Black spaces and the humanity therein — wider examinations of love, spirituality, strip clubs, drug culture, family, education, police, celebrity, violence, business and entertainment — that impact how the city fashions and sustains itself. Atlanta depicts Atlanta like never before by crafting a fictional universe that is in many ways more real than any of the reality TV culled from empty stereotypes, and more authentic than nearly any of the prior marketing campaigns. And in those realities there might be some slivers of truth that are hard to swallow.

If some of the scenes throughout “Robbin’ Season” make viewers cringe, then maybe it’s worth questioning the realities and conditions that might have inspired those moments. And remember: in some Atlanta neighborhoods, it’s “Robbin’ Season” all year long.

Don’t look away, and don’t forget to tuck your chain.