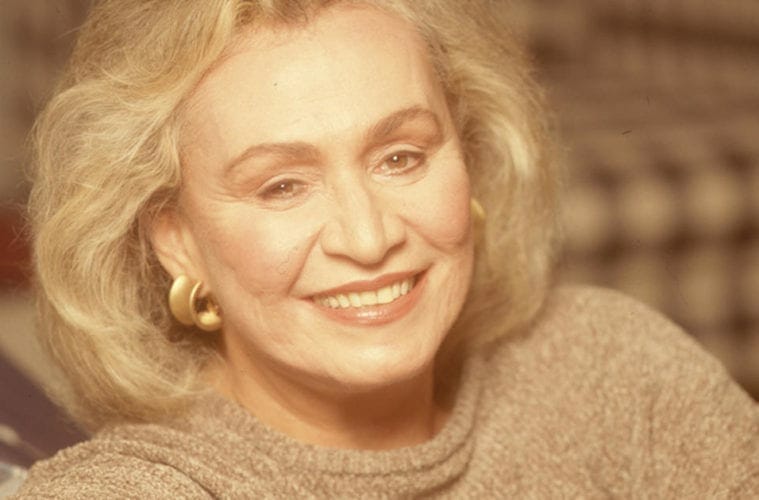 During this, her last summer, Anne Rivers Siddons delighted in the arrival of the eagles. One by one, four majestic bald eagles returned to the cove in Brooklin, Maine, where some 28 years earlier, Annie (as she was known to her friends) and her husband, Heyward, purchased a cottage with money earned from her breakout bestselling novel, Peachtree Road.

The property boasted excellent frontage, but the house was not winterized. So, the Siddonses spent most of the year in their home in Charleston, South Carolina, and hosted friends during the warmer months in Maine. The eagles were not always as consistent with their summer plans.

It was in Maine where Siddons suddenly fell ill and, on the advice of her doctors, returned to Charleston for further tests and treatment. The diagnosis was lung cancer. Within a month, she was gone. She died Wednesday, September 11, at age 83, Siddons’ stepson confirmed to The Charleston Post-Courier.

Born in Atlanta on January 9, 1936, Sybil Anne Rivers grew up in Fairburn. She left home in 1954 to attend Auburn University, where she was famously fired from the school newspaper for penning two opinion pieces in favor of integration. This experience formed the basis of Siddons’ 1976 novel, Heartbreak Hotel, the story of a privileged white sorority girl coming of age during the civil rights movement. After earning her bachelor’s degree, Siddons moved back to Atlanta, where the civil rights movement was unfurling. Rejecting her parents’ expectation that she would teach school, Siddons instead wrote about the political and social changes she witnessed in the “City Too Busy to Hate,” including one of her most famed pieces for Atlanta magazine: “Maid in Atlanta.”

“She was young and single and incredibly talented, living in Atlanta when the change came,” said Cynthia Graubart, a close friend. “She witnessed the civil rights movement firsthand and was involved in the political life of Atlanta. She was writing about all of what was happening at that time.”

Siddons wrote for Atlanta magazine, a Chamber of Commerce publication transformed into the template for city magazines all across the United States under founder and editor Jim Townsend. A collection of essays for Atlanta and other regional publications became her first book in 1975, John Chancellor Makes Me Cry. Cynthia’s husband Cliff Graubart, who ownedAtlanta’s storied Old New York Book Shop, recently reread John Chancellor and encouraged Siddons to write another essay collection reflecting on this time in her life.

“I suggested to her this summer that she might want to revisit that book or write another book of essays,” Cliff Graubart recalled. “I wrote 10 chapter headings: Andy Young, Pat Conroy, Heyward. She thought it was a good idea. A month later, and she’s gone. It’s crazy.”

Anne Rivers married Heyward Siddons, an Atlanta advertising executive, in 1966. The couple fell in with her community of writers, a now-implausible group of storytellers that included Paul Darcy Boles, Pat Conroy, Robert Coram, Rosemary Daniell, Bill Diehl, Paul Hemphill, Terry Kay and Celestine Sibley. In the 1970s and ’80s, Siddons and her colleagues graduated from reporting or teaching to publishing award-winning and bestselling books.

“Annie was the queen of a core of novelists in Atlanta that inspired renewed attention to the Georgia writing community for both fiction and nonfiction,” said Kay, the bestselling author of 17 books, including To Dance With the White Dog. “We were not a regular coffee-club or wine-club group that gathered to quote snippets of Shakespeare or to bare our souls over the emotional torment and/or exhilaration of writing. The get-togethers were only occasional, but they were special — probably more so than we knew at the time. I think each of us had a sense of genuine support of everyone else. We did not consider our work as the beginning of a renaissance of writing in Atlanta or Georgia. We were simply writing.”

Siddons and Hemphill were classmates at Auburn. When Hemphill and his second wife, Susan Percy, moved back to Atlanta in 1977 from a sojourn in San Francisco, Annie and Heyward gave their “stamp of approval” to the match. The foursome made a habit of attending college football games and meeting for dinner at Manuel’s Tavern. Percy,  an acclaimed writer who is now editor-at-large of Georgia Trend magazine, remembers Siddons as a “warm, generous” friend whose hospitality was legendary.

The Siddonses often hosted dinner parties in their home, which is where Cliff Graubart introduced Annie to Cynthia Stevens, who he’d been dating. Siddons called Graubart the next day to say, “If you don’t marry that girl, I may never speak to you again,” recalls Cynthia Graubart. Cliff complied, marrying Cynthia on a rooftop in Rome, Italy, with the Conroys, Siddonses and other close friends present. Annie and Heyward joined the Graubarts on their Italian honeymoon, a trip that provided fodder for Siddons’ 1993 novel, Hill Towns.

Anne Rivers Siddons wrote 19 published novels and one book of nonfiction. Her work never garnered the critical acclaim it was due. While critics often praised her earlier writing for its versatility, lilting prose and humorous examination of social mōrēs, they overlooked or dismissed many of her later novels. Siddons was one of the emerging writers nurtured by Jim Townsend at Atlanta Magazine.

“No Southern writer has ever gotten the acclaim from New York that they deserve,” said Cynthia Graubart, a food writer and award-winning cookbook author. “Being called a ‘Southern writer’ is interpreted as being limited in your talent and scope and reach. Some of the most gifted storytellers in America have come from the South. It’s a beautiful accolade.”

While many of Siddons’ books were set in the South, her writing had a broader appeal. Cliff Graubart noted that Siddons’ writing has been translated into many other languages and has earned a legion of fans who have never been dissuaded from reading her work because it was categorized as “women’s fiction” or “Southern literature.”

“Her work challenged the stereotypes of the ‘Old South’ and gave readers strong, female characters who weren’t afraid to challenge social norms,” said Joe Davich, executive director of the Georgia Center for the Book. “She was looking to the future and working ahead of her time, and sometimes, across genres.”

The Georgia Center for the Book placed Peachtree Road on its inaugural list of “Books All Georgians Should Read” in 2002, and the University of Georgia inducted Siddons into the Georgia Writers Hall of Fame in 2007.

The Georgia native and her husband left Atlanta for Charleston in the late ’90s. Heyward Siddons died in 2014. They are both survived by his four sons from a previous marriage, David, Kem, Rick and Lee Siddons, and three grandchildren.

Cynthia and Cliff Graubart’s two children considered Annie and Heyward an extra set of grandparents. The Graubarts visited the cottage every summer over the last 25 years, including this year. Cynthia tested recipes and wrote her 10th cookbook in the tiny galley kitchen.

She and the kids would join Annie, who was captivated by the drama unfolding outdoors. The bald eagles were back, much to the consternation of a family of osprey roosting in the cove. Annie monitored this daily activity much as one would tune in to watch a favorite TV show. The bald eagles flipped upside down, often in mid-flight, to present their talons to the osprey in a display of dominance. Cynthia Graubart likes to imagine her friend soaring with the eagles now too.