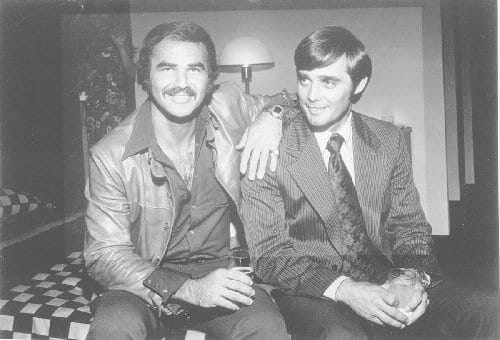 Ed Spivia’s favorite movie was The Longest Yard. Of course it was made in Georgia.

Actually, says daughter Cole Spivia, an Atlanta costume designer, his favorite movie was any movie he had worked on and could talk about. In a 2010 interview with the Gainesville Times, for example, Ed Spivia cited Smokey and the Bandit as his favorite. Both movies starred Burt Reynolds, who became a lifelong friend and drinking buddy after they met during the filming of Deliverance in Rabun County in the early 1970s. 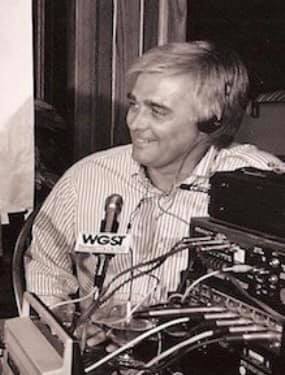 Ed Spivia in his days as an Atlanta radio newsman

“This film industry stands on Ed’s shoulders,” says Ric Reitz, president of SAG-AFTRA Atlanta, the labor union for film, TV and radio professionals. “It was like throwing a pebble in the water at Lake Lanier and watching the circles spread out. Ed was the pebble.” Reitz worked with Spivia from 2003 to 2013, helping push tax-incentive legislation through the Georgia Capitol.

Spivia grew up in Murphy, North Carolina, moving to Atlanta in 1965 to work as a radio journalist at WGST. A few years later, he joined the Georgia Department of Industry and Trade, which dispatched him to cover the filming of Deliverance for Georgia Trend magazine.

The trip proved providential. “I saw a couple of things,” Spivia later recalled, “money, the creation of jobs and the opportunity for people in Georgia to get involved in the arts in a way they wouldn’t be able to otherwise. As I drove up that day from Atlanta, it occurred to me that when movie productions came here, it meant out-of-towners who would need lodging, food and otherwise make a big economic impact.”

In a Facebook tribute to Spivia, WXIA-TV newsman Jeff Hullinger said Spivia and Carter teamed “to charm moviemakers and convince them Georgia was a great place to shoot. It worked, as they got in front of Burt Reynolds’ favorite director, Hal Needham (Smokey and the Bandit, Hooper, The Cannonball Run, Stroker Ace). The cameras were coming. Hollywood was ‘eastbound and down.’” 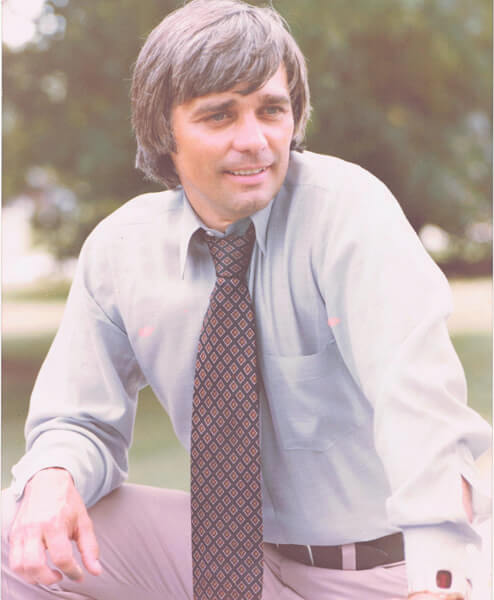 “I saw a couple of things,” Ed Spivia said about his visit to the set of Deliverance, “money, the creation of jobs and the opportunity for people in Georgia to get involved in the arts in a way they wouldn’t be able to otherwise.”

In 2004, Governor Sonny Perdue asked Spivia to lead the new Georgia Film and Music Advisory Commission. Over the next few years, Spivia and a small group of film industry advocates lobbied for favorable tax incentives. They wanted Georgia to compete with New Mexico and several Canadian cities that had begun pulling film production from the state.

“Ed could walk the halls of the State Capitol and walk through any door,” Reitz says. “Not only were legislators aware of him, they were all friends. He could flip sticky situations in a minute with his charm and his knowledge.”

Another Spivia fact: In 1980, under his leadership as deputy commissioner of the Georgia Department of Industry and Trade, his team created the familiar Georgia Peach logo that’s still used to market the state today.

“The film industry wouldn’t be what it is today without him,” the Georgia Film Office said in a statement. “He turned Hollywood’s attention to Georgia, and it hasn’t looked away since.”

“I feel incredibly fortunate to have met and gotten to know Ed when we opened EUE/Screen Gems Studios,” Kris Bagwell, the studio’s executive vice president, said in a statement. “All of us in the film and TV production business are here because of Ed, and his spirit will live forever in our industry and beyond.” 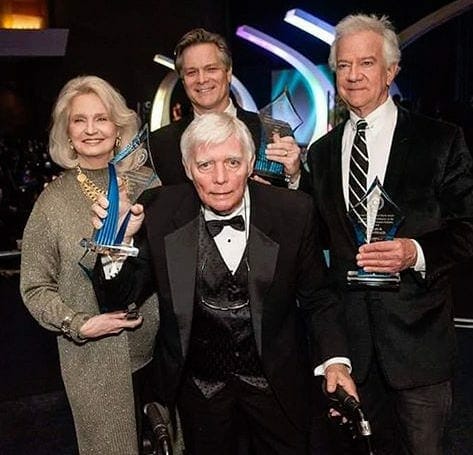 “He was a really interesting person in that he could talk to almost anybody and lack for nothing to say,” says daughter Cole Spivia, who describes Lewy body dementia as “Parkinson’s disease’s more aggressive, horrible cousin.”