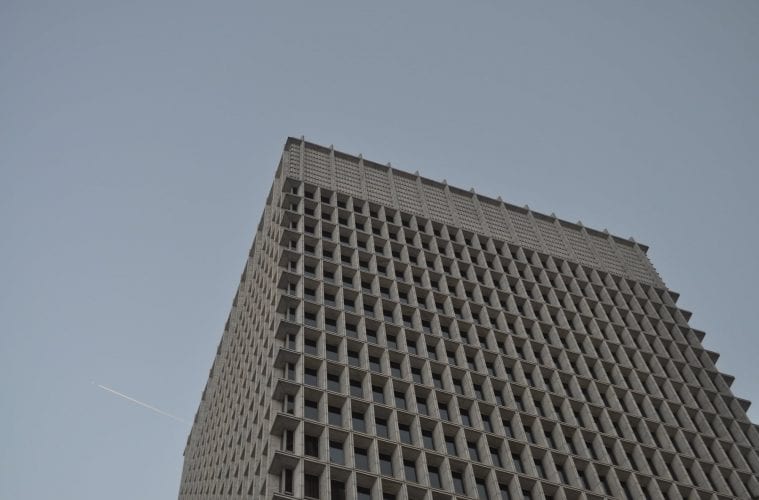 The Northward Migration of Atlanta 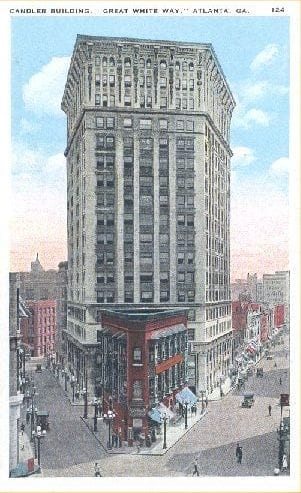 For the first 100 years of Atlanta, the center of commerce – and really the city – was focused around the southern reaches downtown. The city’s train stations, newspapers, banks, hotels and offices were clustered within a few blocks of Five Points.

By the 1950s, development in Atlanta had begun to spread northward. Some buildings along Peachtree Street at the southern edges of Midtown reached more than a dozen stories, but the focus of development was still squarely south of the newly completed Downtown Connector, which sliced diagonally through the city just south of Pine Street.

However, that would begin to quickly change in the late 1960s. The neighborhood to the north of the Connector saw construction of its first true high-rise in 1968. The Life of Georgia Building – a 24-story tower – topped out at the southwest corner of West Peachtree Street and North Avenue.

Density of development was on the march northward as Colony Square broke ground in 1968, far north of any previous tower completed to that point.

Just a few years earlier, in 1965, the first building at John Portman’s Peachtree Center opened in downtown Atlanta. The Peachtree Center Tower stood as a monolithic concrete slab with very little in the way of decoration. Narrow windows in a cadenced rhythm across each façade of the building offered the only articulation.

While it was not the first modern building to rise in Atlanta, the structure (and those that followed it) brought high-rise masonry modernism to Atlanta.

In many ways, the Life of Georgia Building follows the precedent established at Peachtree Center, though with the use of local marble and a setting among three lush acres, complete with a sunken garden, the building has a rich grandeur.

The masonry cladding of the Life of Georgia Building contrasted greatly against the Equitable Building – completed the same year – which fully embraced the streamlined aesthetic of modernism being employed in large commercial centers around the country.

From afar, the regimented geometry of the Life of Georgia Building is striking. The building, with a bridge from West Peachtree Street to the lobby, and the parking and service tucked below the West Peachtree elevation on the lower level of Spring Street, appeared to float in a sea of green.

With deeply set windows, emphasized by the rhythm of the marble fins, the grid of the building’s façade creates deep shadow lines and dramatic lighting effects at night. Each identical floor is articulated with a horizontal band breaking up the verticality of the mass.

Atop it all is a large crown that once held the sign of the building’s namesake: Life of Georgia. The sign was removed – much like the Equitable Building may lose its signature sign – leaving the top a bland white box.

The square shape was a natural complement to its equally geometric cylindrical neighbor erected across West Peachtree Street the same year. The duo – the Life of Georgia Building and the iconic round C&S Bank Tower – stood out among a sea of low-slung classical buildings which filled the SONO neighborhood at the time of its construction.

But while the C&S Bank Tower would ultimately be torn down following the completion of what is now the Bank of America Plaza on the adjoining site, the Life of Georgia Building still stands, though missing much of its surrounding greenery and obscured and haggard, surrounded by other less grand development.

Originally proposed as a 29-story building, according to Harold H. Martin’s Atlanta and Environs, the Life of Georgia building was the crowning work of Atlanta-based Bodin & Lamberson – the successive firm to Frazier & Bodin, who had also designed the prior home of the company.

When the company relocated in 1968, the move wasn’t far – just a few steps across West Peachtree Street – but for the company it signaled monumental success. Its former home, a mid-rise classical building dating to 1930, no longer served the then 75-year-old company.

The move signified the modernization of the Atlanta-based business, and the growth of the city. On promotional giveaways for the company’s anniversary, the prominently featured building was a symbol of power.

Like the Equitable Building, the Constitution Building and many others across the city, the juxtaposition of the new and old Life of Georgia Buildings highlighted just how far the companies had come – and how far Atlanta had come.

And like the old Constitution and Equitable Buildings, the old Life of Georgia Building was – and likely still is – threatened with demolition.

Even though both buildings are now long obsolete, they stand as visual reminders of the growth of Atlanta-based companies through the decades as the city grew, and a piece of what makes Atlanta, Atlanta.