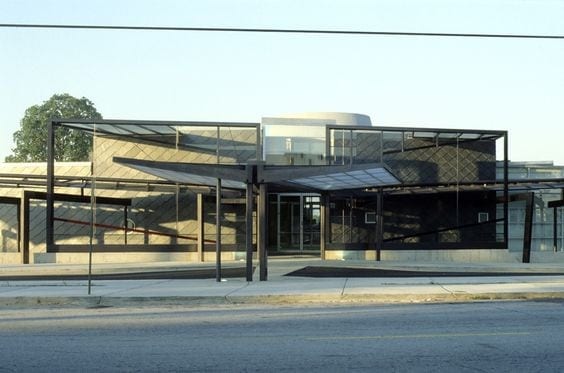 Atlanta is a city that is often accused of forgetting its past. Indeed, as progress plows ahead and the heart of the city bustles with new development, older buildings are often cast aside as worthless, either replaced by or surrounded by monotonous, anonymous gleaming glass towers. Recently, the tide has begun to shift, with notable preservation successes thanks to public support, including the Bell Building, the Forsyth-Walton Building, and the Trio Laundry, as well as the potential creation of the Means Street Landmark District and the naming of the former Trust Company Bank Monroe Drive branch as a landmark. 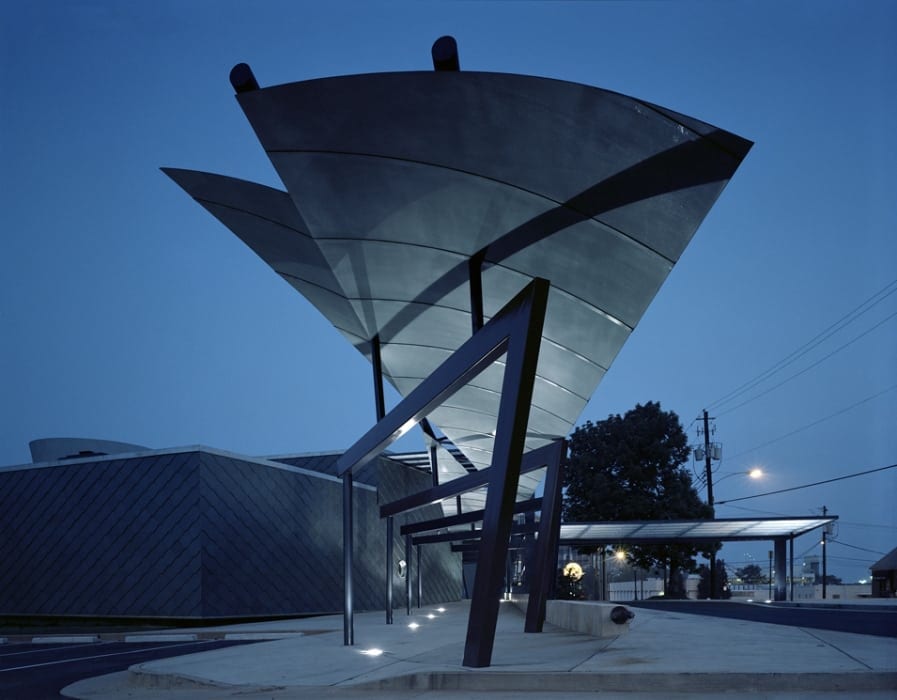 From the earliest great libraries through the beginning of the last century, the role of the library – and the look – was little changed. Long conceptualized as repositories for the world’s collective knowledge through history, the edifices, rendered as bastions of classicism, represented their lofty positions as places to be revered, though not necessarily utilized, by the masses.

Modernism changed the dynamic, introducing clean lines and efficiencies as library systems became more egalitarian resources for the cities they were built in. But, still, the buildings served as glorified storage spaces, and were often designed as little more than warehouses for books, draped in, or stripped down to, the latest style of the day.

Atlanta’s Central Library, recently the subject of great consternation on the part of many preservationists, was designed as an aspirational building; the city sought out internationally renowned architect Marcel Breuer to elevate Atlanta to a first-class architectural city. While a fantastic expression of Brutalism, the building subscribes in many ways to the conceptualization of the library as a decorated box. Despite its grand architectural gestures, and even public spaces including an auditorium and cafe, much of the facility is devoted to anonymous shelf space and offices which could just as easily exist in Class-B high-rises of the same vintage.

Following completion of the Central Library in 1980, the Atlanta-Fulton Public Library System embarked on an aggressive expansion spree, constructing branch libraries to serve the rapidly growing suburban communities across the county. Many of the facilities brought the convenience of a neighborhood library — and post-modern design principles — with them.

But one library of those built during the decade stands apart: the Ida Williams Buckhead Branch Library. Completed at the tail end of the 1980s, the library is a rather gutsy expression of contemporary, deconstructivist architecture.

Covered in angled slate tiles, the building envelope almost resembles the scales of a fish. Steel framing protrudes from the walls, coming to an apex to provide a distinctive glass-clad canopy which highlights the entry. A conical tower, the top sliced off, stands above the roof of the building.

Inside, the building is starkly white, with ample natural light provided from skylights in the tall ceilings. The shelving is arranged along a linear spine which runs from the front door to the rear wall of the building, at once allowing patrons a full view of the expansive space, bathed in sunlight.

The library sits on a rise, with the glass wall — the visual termination of the spinal circulation path — originally providing a view of the Downtown skyline. While the view is now blocked by the dense growth which has transformed the formerly small-scale residential and commercial district, the building itself is no less fantastic than the day it opened. The entire sequence was designed to lead to the cathartic moment of the Downtown vista.

The design, featuring exposed structural members protruding from walls and ceilings seemed almost industrial or accidental, the expression of the building form through design highlights the ingenuity of using common materials in innovative ways to create a unique building on a tight civic budget.

Designed by the Atlanta-based firm Scogin Elam and Bray and opened in 1989, the building pushed expectations, and limits — especially for Atlanta. In an interview two years ago, Mack Scogin noted that the building was the last project he and his partner — both in business and life — Merrill Elam were asked to design in Atlanta for decades; the building was not to the liking of everyone.

Mack Scogin and Merrill Elam are pillars of the Atlanta architectural community. Long before Atlanta rose to international prominence, the duo — first as Parker and Scogin, then as Scogin Elam and Bray — brought avant-garde design to a city dominated by architecture that rarely pushed the envelope.

Despite the skepticism by some leaders, and the resulting (if only coincidental) effective banishment from the city’s architectural scene for decades, the library was a hit from its opening. The building wasn’t solely a repository for information, but a celebration of the community experience of a library, its artistic merit as a place of culture, its changing role in the evolving digital age, and its context within the greater city.

Now wholly swallowed by the growth of Buckhead Village in the last decade, the library holds its own among the mish-mash of modern glass and concrete apartment towers and the neo-classical Shops Buckhead Atlanta.

Simply put, the building challenges the idea of what a library is. Rather than a classically rendered repository of knowledge, the institution becomes a forward-looking public vessel of knowledge, unabashedly facing the boom of the big city from high on a hill.

While the construction of the last cycle has robbed the building of its view, and subsequent generations of technological advancement have fundamentally changed the role of the library in society, Scogin and Elam’s building stands as a symbol not of obsolescence, but as a flexible, forward-looking space for the community.

The firm’s legacy of pushing the envelope still resonates today. The duo was recognized at the beginning of the month by the American Institute of Architects with a regional design award for the United States Federal Courthouse in Austin, Texas. With two new projects in the works in Atlanta, the firm is once again bringing unique architecture to the city; though this time the city is ready for it.