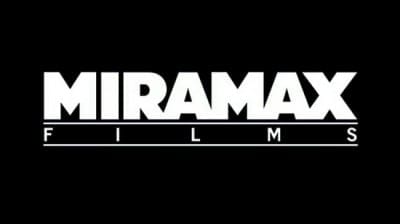 R.I.P Miramax Films: The end of an indie-film era

It was called the house that Quentin Tarantino built and was named for its owners’ parents, Max and Miriam. Now, after decades of delivering some of the world’s best films (and, yeah, some duds) into cinemas, Miramax Films has been shut down by Disney, the parent company that bought it from Harvey and Bob Weinstein back in 1993.

Most specialty movie divisions have been shuttered by their big-studio parents in the last few years. But the end of Miramax is truly the end of an indie-film era.

Consider some of the movies the company had a hand in since opening in 1979: “Pulp Fiction” (and all Tarantino movies up to “Grindhouse”), “The Crying Game,” “Clerks,” “Dirty Pretty Things,” “In the Bedroom,” “The Talented Mr. Ripley,” “Smoke Signals,” “Good Will Hunting,” “The Wings of the Dove,” “Princess Mononoke,” “Sling Blade,” “Chasing Amy,” “Swingers,” “The English Patient,” “Flirting with Disaster,” “Trainspotting,” “Bullets Over Broadway,” “Muriel’s Wedding,” “Exotica,” the “Three Colors” trilogy, “Heavenly Creatures,” “Il Postino,” “Queen Margot,” “The Piano,” “Passion Fish,” “Prospero’s Books,” “Delicatessen,” “The Grifters,” “The Thin Blue Line,” “The Cook the Thief His Wife & Her Lover” and “sex, lies, and videotape.”

Sure, the Weinstein Brothers’ knack for drumming up publicity and spearheading Oscar campaigns increasingly seemed more important to them than the actual quality of their movies. Even as “Shakespeare in Love” and “Chicago” nabbed Best Picture statuettes, everyone knew their chief competitors — “Saving Private Ryan” and “The Pianist,” respectively — would be remembered and admired far more in years to come. Also, decent but unexceptional Miramax-branded titles like “The Cider House Rules” would never have earned multiple Oscar nominations without the momentum of Harvey W.’s bullish chutzpah.

In 2005, Harvey and Bob left Miramax, abandoning their parents’ namesake to the Big Mouse, and basically letting the studio start its five-year circle toward the drain. Their new venture, the Weinstein Company, is still afloat but underpowered, sticking with longtime fave writer-directors Tarantino and Kevin “Clerks” Smith, without seeming to notice that those guys are running on fumes. The Weinsteins have also continued backing twee period pieces (“Miss Potter,” “Miss Henderson Presents”) that no one actually wants to see. Their big year-end awards magnet for 2009 was that pretty stink bomb called “Nine.” It seems the boys forgot that the prettiest wrapping paper can’t disguise an empty gift box.

Any way you look at it, the closing of Miramax is the end of an era. Here’s hoping the Weinsteins can transform their current company into the sort of gatekeeper Miramax once was: a purveyor of adventurous, quality films that represent a true alternative to multiplex junk.