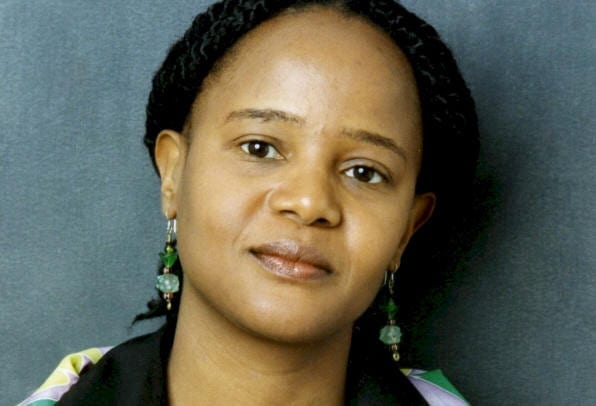 Is it all right to give our children away to better lives? What does it mean to call a person home? Edwidge Danticat’s Claire of the Sea Light (Knopf 2013, 256 pages), a novel in linked short stories, explores the meaning of property and place.

The Haitian American author has plumbed these themes, along with loyalty and loss, in almost every genre. Her memoir, Brother, I am Dying, winner of the National Book Critics Circle Award, was about her father and his brother, both displaced in ways they could never have imagined. Claire of the Sea Light also addresses displacement, but Danticat has replaced the regret that pervades her memoir with its subversive twin: revenge.

The novel tells stories about the inhabitants of Villa Rose, a fictional coastal town in Haiti. Among them, a poor boy with grand ideas, a funeral home owner turned mayor, a radio show hostess who finds a way to make a rich man pay and the once-upon-a-time maid who helps her.

Danticat spins this intricately woven tale in a beautiful, even musical, voice. It is a song about memory and how it intricately and subtly conducts our hopes, dreams and relationships, and ultimately orchestrates the lives of an entire town.

Danticat will appear at the Margaret Mitchell House at 7 p.m. on December 5.

ArtsATL: How did you get the idea for Claire of the Sea Light?

Edwidge Danticat: I was trying to write a novel about the radio and so imagined it would be a book in which each chapter would be an episode about the radio show. Then, one day, I was watching a documentary about children who are placed into orphanages by their very much living parents. One person commented, “Oh, it’s because these people are not attached to their children,” and that’s how the character of Claire, whose father is trying to sell her, came to be. Then I realized there was a lot more to Claire’s story than just that, which led me to write about the entire town of Villa Rose.

ArtsATL: And the name Villa Rose?

Danticat: My mother’s name is Rose, and I wanted to model my fictional town on the town in which she grew up, and my grandmother lived, called Leogane. However, Villa Rose has its own rules, so if anyone was to visit Leogane, I’m not sure they would recognize it from the book.

ArtsATL:  At one point Claire, whose father is trying hard to give her away, says, “They became other people’s children in other lands that they’d never even known existed.” As I read the novel I couldn’t help but wonder about the difference between a loving parent, a good parent and a responsible one.

Danticat: There are parents who are struggling not only to feed their children but to also keep them alive. These classifications would be blurred for them because a parent who has not eaten for two days will seize any opportunity to give his children a better life and, as much of a sacrifice as that will require, it will also, for them, be responsible parenting. ArtsATL: I was mesmerized by the character of radio-show host Louise George, a loner, who invites downtrodden Haitians to narrate their life stories on her program. Louise is one of the strong women in the novel, and yet her own story is a brutal search for her place in society. How did her character come to you?

Danticat: Louise George is a very intriguing character to me. She’s a bundle of contradictions in that she’s literally the most famous person in town, and yet people don’t really know anything about her. She’s comfortable sharing her voice because this is the one service she can offer the community in that she gives them a voice, a platform to talk about their problems and issues. But she’s also very careful to not be their voice. When I think of the novel in a metaphysical way, I think that she’s the writer.

ArtsATL: You write dazzlingly about the ramifications of class. Each chapter tells a story of the spaces between the poor and the rich. In one of my favorite scenes, Max Senior wonders whether the maid next door has purposefully turned up the radio episode in which he is being disgraced. This reminds me of my native Pakistan, another country in which the haves and the have-nots literally have no choice but to live in very close proximity and, despite themselves, have to function as a community.

Danticat: One of the elements I really wanted to capture was how connected the inhabitants of small towns like Villa Rose are, how interdependent, but this also means they can’t escape each other. The maid wants Max Senior to hear it, so he has no choice but to hear it. You’re never really alone. For some people that can be comforting, but for others it can be terrifying. You can’t ignore your neighbor the way you can in the U.S. Everybody’s indispensable to everybody, for better or for worse.

ArtsATL: The story of the poor teenager, Bernard, is especially poignant for the battle between his free will and what fate has in store for him. Did his life matter at all in the end?

Danticat: Bernard’s life absolutely matters. He represents many young men in Haiti whose lives are cut short and then written off by society as being worthless and violent in much the same way as when a young man who joins a gang in America is killed, the general consensus is “good riddance.” But there is so much more to their stories. There is so much more to Bernard’s life than what we see on the surface.

ArtsATL: In your 1999 novel Breath, Eyes, Memory, a mother subjects her daughter to virginity tests. This caused uproar from fellow Haitians, and you went on to defend your right to pen cultural practices, even if they were not prevalent. A decade later, what is your take on the incident? How did it challenge your responsibility as a storyteller?

Danticat: Wow. I think I was so young, 24 years old, when that book came out. Part of the challenge of getting the backlash was that I assumed people would understand it was fiction. However, I could also understand that there were so few representations of Haitians [that they were upset that the book] didn’t make us look good. So I understood both sides. The incident didn’t make me censor myself, but it did make me think more deeply about the issues of what I’m writing and how they may affect actual people and not just my characters.

ArtsATL: How does a changing Haiti factor into your work? How do you balance the see-saw of seeing “back home’” through both nostalgic and objective eyes?

Danticat: I try very hard to avoid nostalgia, but it’s a very tricky balance because as soon as you sit down and try to write about a place, you inevitably try to freeze it into a kind of vision that is different from the reality of it. Visiting frequently certainly helps because you don’t have one single vision of a place; you see it evolving.

ArtsATL: Is it fair, though unavoidable perhaps, for people to see writers as ambassadors of their home country?

Danticat: Being viewed as an ambassador is probably the least comfortable role for the writer. I’ve always resisted that role because Haiti is not a place that one person, or even a thousand people, could speak for accurately, so it’s not fair for anyone to be assigned that role, and in fact often people do not assign it to themselves, but rather the role gets assigned to them.

ArtsATL: Where is home for you and what does exile mean?

Danticat: Exile means not being able to go back. I am able to go back to Haiti, but there was a generation in my family, during the dictatorship certainly, when people were not able to go back, so in our family we make the clear distinction between exiles and immigrants. Home for me now is both Haiti and the United States. It’s where my loved ones are, and I have loved ones in both places.

ArtsATL: Jhumpa Lahiri recently stated that there is no such thing as immigrant fiction. Do you think globalization has made identity more fluid?

Danticat: I agree with her, but these categories exist for some and don’t for others. Globalization has made certain things more fluid, and immigration is different than it was 35 years ago or even 70 years ago. Seventy years ago you had to leave your home country, you had to get on a ship and travel for weeks and, once you got where you were going, it was not very likely that you would go back. Immigrants today go back and forth; their culture is international because the back and forth is so fluid, they don’t really break, or need to break, their ties completely. I think that, in a way, complicates the narrative of immigration and also complicates the narratives of immigrants.

ArtsATL: What it is about this mosaic style — the linked short stories — that attracts you? Do you find it is a messier or more measured way to show the butterfly effects of life?

Danticat: It is certainly messier because you’re playing around with a puzzle and connecting different bits and segments. I like to think of the reader of Claire of the Sea Light as someone who landed on the beach the night Claire goes missing, sees people shouting for this girl and tries to connect what is happening. It’s like a chorus where everyone gets to tell pieces of the story.