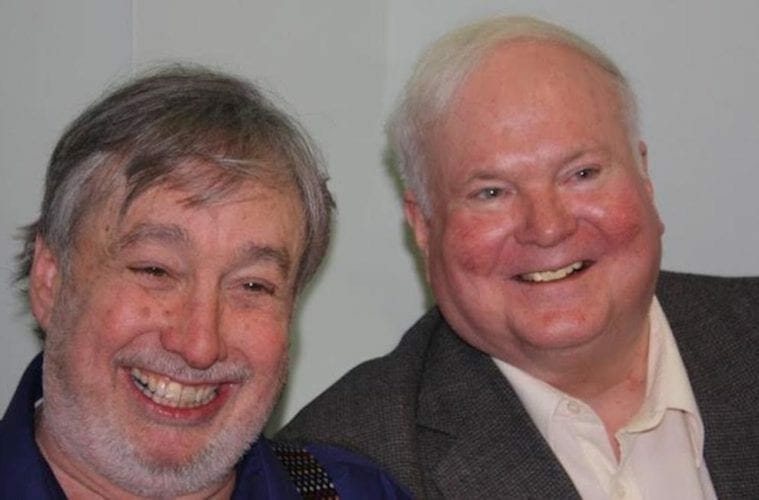 Bernie Shein met Pat Conroy and forged a deep friendship that continued when both lived in Atlanta. Shein speaks about Conroy Tuesday at the Margaret Mitchell House.

Shein, a writer and speaker who spent more than 30 years as an educator at Atlanta’s Paideia School, met Conroy at a pickup basketball game in high school in Beaufort, South Carolina, decades before Conroy’s The Great Santini or The Prince of Tides would go on to sell thousands and thousands of copies. After Conroy settled in Atlanta in 1973, he convinced Shein to relocate and teach at Paideia, whih Conroy’s kids attended. Shein would go on to witness Conroy’s literary success and the psychological struggles the author endured as a result of his own personal Great Santini — his father — and what Conroy called the “bruised freight” of a traumatic, painful childhood.

Shein will share more stories about his endearing, enduring relationship with Conroy, and his book Pat Conroy: Our Lifelong Friendship (Arcade, 2019), on Tuesday, March 3, at the Margaret Mitchell House. He spoke with ArtsATL about coming to know Conroy and about experiencing firsthand his genius and his demons. 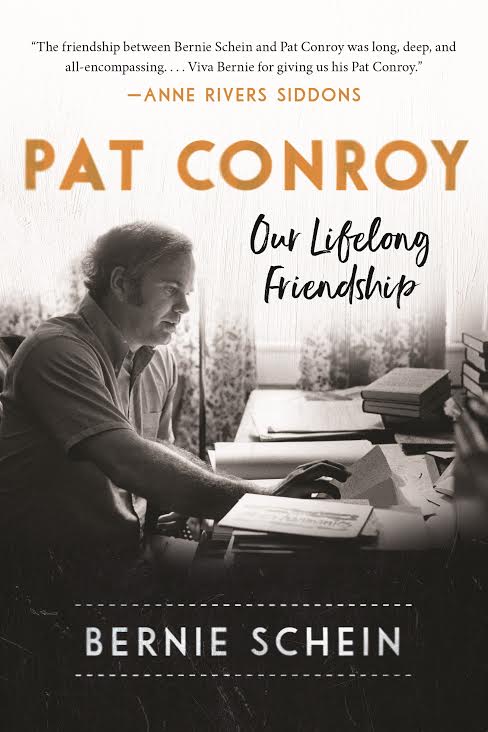 ArtsATL: How did you and Pat Conroy first cross paths, and what exactly made you friends?

Bernie Schein: Pat came to Beaufort as a junior and I was a senior. I didn’t know who he was at first. In the school cafeteria, the seniors had a privilege table. There were two really pretty girls — Gretchen Moss and Kathleen Kennedy, just the sweetest things, nice, smart — in that group, and they were Marine brats, like Pat.

So I’m sitting there, and suddenly I’m hearing all this talk about this kid, Pat Conroy. This little snot-nose junior, well below my status as a senior. And I’m hearing how great he is.

Well, I loved sports and so did Pat. There were about 50 of us in the gym one afternoon playing a pickup basketball game, half court. And there were so many people on the court. I was pretty lazy on the court, too. I had a good jump shot, but you know, my whole motto was “never do for yourself what others can do for you.” So I’m just standing there hoping the ball will bounce my way so I can, you know, stick it in the hole. And through this maze of arms and legs, this labyrinth of people, the ball just floats into my palms. It just rises up from my palms, bounces off the backboard into the net. I can’t even figure out who threw it, there’s so many arms and legs out there.

I realized who it was later, because this one kid was just taking over the game, and scoring on everybody. That kid comes up to me after the game and he says, “Hi, I’m Pat Conroy. And you’re Bernie.” And I said, “Yeah, how you doing?” And he said, “I hear about you all the time, Bernie, all the time, from Kathy and Gretchen.”

That was Pat. Pat had a fabulous personality. He was the center of the room — any room he walked into, any time. Attention just seem to invite itself in wherever he was. Pat was famous before he was famous. He was famous wherever he was, and he was the kind of guy that you always heard about before you met him.

So this is how we met, and what we had in common — we were both probably born in the wrong century. We were both Romantics, both very emotional, hysterical, anxious. And when you were a boy back then, if you were a boy in the ’50s, early ’60s, you were supposed to be a little man. You were supposed to go through a crisis without a change of expression. You knew about motors and how to fix things and were practical. Pat and I never learned how to change a flat.

ArtsATL: Can you talk a bit about the texture of the friendship? What it was like to know Pat Conroy in the way you did? 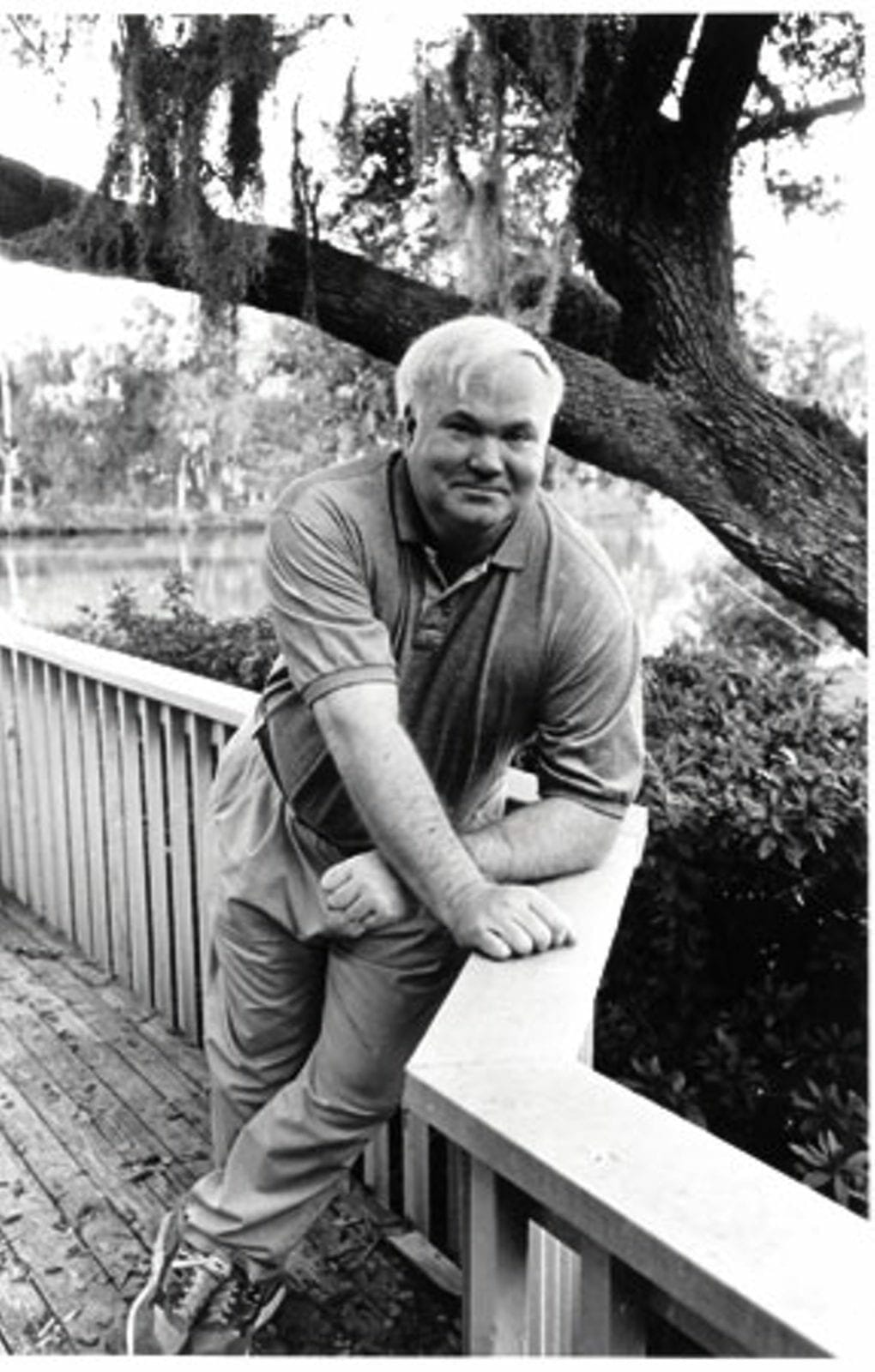 Conroy worked through the dysfunctional of his childhood through his writing.

Shein: We absolutely loved each other from the very beginning. And I think part of this is we had so much in common.  He also taught me — he opened my eyes to beauty.

We were walking along the Beaufort River one day. We were walking to the Little League field to practice our hitting and fielding. And I had just never appreciated the beauty of it at all. I was 18 or 19. He was 17 or 18. Suddenly, Pat stopped.

And I guess I need to preface this with where I was at the time. I saw the Beaufort River from the swing. You could swing real high from an oak tree on the river bank. It was fantastic. If you were lucky, you fell in, got to swim back. You’d go so high, you were waving at airplanes and seabirds. And speaking of seabirds, I did not distinguish one from the other. In Yiddish, there are two terms for flowers, flowers and roses. For birds, it’s only one term — the term for birds. I made no distinction.

Pat, though, had a real affinity for nature. He wasn’t Jewish and he also changed schools every year, so it was like he was migrating fowl. Everything was new to him. So with that context in mind, we were walking along the Beaufort River, and suddenly, he stops and he throws out his arms like he’s embracing the entire universe — the river, the flora, the fauna, the boats, everything.

He looks out there and he looks at me and he says, “Bernie, isn’t this fucking beautiful? Look at this. Isn’t this just lovely?”

I had never seen it that way, and I looked at it then for the first time in my life. And immediately, I was overwhelmed by the beauty of it. By the colors on the riverbank, looking like the Fourth of July in spring. The flowers, the way the light glinted off the sailboats, the fact that the river was so blue in the afternoon if the sun was out. It was incredible. And I haven’t stopped looking at it that way ever since. That was Pat’s genius. He opened your eyes. And he opened my eyes.

ArtsATL: What compelled you to immortalize this friendship in print?

Shein: When Pat was dying in the hospital in Charleston, I was there. And you know, we had our goodbyes. He said, “We’ve had great conversations,” and I said, “Well no, Pat, we’re going to have more.” I was in denial, and I held it together until I got out of the room.

[His wife] Sandra told me the next morning that Pat was supposed to die that night. It was all goodbyes. I’m back in Beaufort at this point, and Pat shocks himself and Sandra. He gets up. He says “Jesus, what the hell am I still doing here?” And he starts to get dressed, get out of bed and undo all those wires and stuff.

So after he died, I was grieving. There is no question about it, but it was a beautiful sadness. And I would still talk to him. We’d have post-mortem conversations and it was like he was still there. I remember [writer] Anne Siddons was interviewing me after Pat died, and after the interview, she said, “Bernie, do you realize you refer to him in the present tense?” It made me realize that I was facing his life, but I hadn’t faced his death. And that’s when I realized I had to write.

I wrote it for myself, certainly. And I wrote it for everybody else, because I wanted them to love Pat as much as I do. I wanted him out there in all his glory. I wanted the whole world to see him as I did, to love him like I did, and to really understand him.

ArtsATL: How was the Pat that you knew different from the well-known author his readers thought they knew? 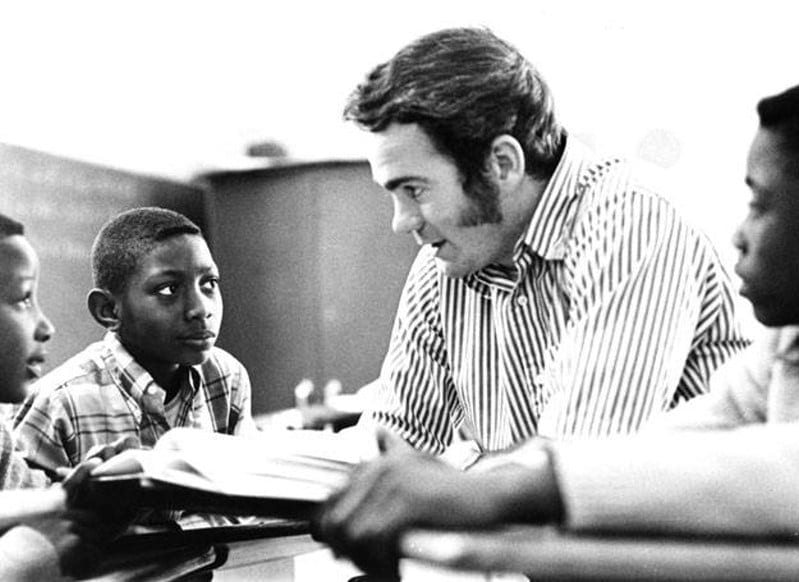 Pat Conroy’s tenure as the lone teacher in a small school on Yamacraw Island off the South Carolina coast became the basis for his book, “The Water Is Wide.”

When did he fall apart, the Great Santini [his father] would surface. You have to understand, Pat’s goal was not fame. Yes, he wanted to be great, but fame was not his goal. All Pat wanted to be was, quote, “a gentle, harmless man.” He didn’t want to be his father.
But after every book, he would fall apart, and Santini would come out in serpentine viper’s tongue. It could be very cruel.

Pat was also the bravest man I’ve ever known, but if he loved you, he could not tell you that he was mad or upset with you. He couldn’t do that. And what I realized much later, after a big rift, was that he couldn’t do that because he was afraid of Santini. He was afraid of what he might do or say, and it was out of love that he couldn’t do it. And I think part of what people don’t realize about him enough is that everything he did, he did out of love. Even the passive-aggressiveness, even the leaving, was out of love. It was all in defiance of that demon inside of him that he just couldn’t get rid of.

ArtsATL: Four years have passed since Conroy’s death. What do you miss most about your friend?

Shein: I miss his big heart, his big personality, his big mouth, his sense of humor, his curiosity, his generosity, and of course, his tremendous love, whether we were feeling low or high. I miss our reading aloud passages to each other, telling stories and great gossip, marveling over something, always eager to be surprised. I miss our “great conversations,” as he referred to them on his deathbed. Often I find myself asking ‘What would Pat say?” I find myself thinking, “Pat would love this.”